Taking part in direct protest action for an environmental cause can generate attention and headlines, but do they prompt change? 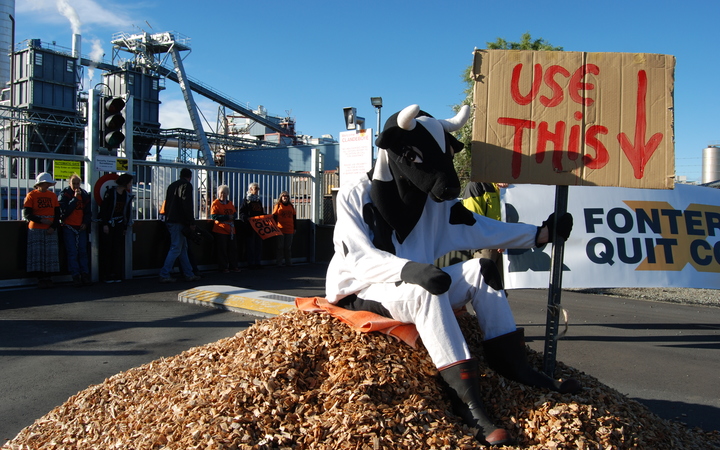 A protest at a Fonterra factory in South Canterbury earlier this year. Photo: Supplied / Shannon Gilmore

Environmental protests have been a common sight in New Zealand in recent years - in January, protesters chained themselves to a Fonterra factory gate, while Greenpeace protesters occupied the ocean research ship Tangaroa in Wellington and staged a day-long protest on parliament's roof in 2015.

Some high-profile protest marches have generated almost immediate results - in 2010, the government did an abrupt u-turn on its plan to open conservation land to mining soon after tens of thousands of people turned out in central Auckland to protest.

But Greenpeace senior campaign advisor Steve Abel, who has been protesting against environmental abuses for 20 years, says protesting is more than just taking part in a single march, and can be a long-term battle.

Mr Abel says peaceful protests still have a major part to play in changing the system, and are part of an overall philosophy of 'by any peaceful means available'.

"If you can achieve what you need by going through the government, then great, but if the message is falling on deaf ears of vested interests, you have to resort to other means available in a democratic and non-violent tradition."

"Protesting is a tactic, it exists as part of a whole strategy that could include a multitude of activities over time.

"The anti-nuclear ships movement really got going in 1976 [the nuclear-free pacific campaign began in the 1960s], but our nuclear-free status wasn't passed into legislation until 1987. The underlying goal is culture change and that takes time, and legislation is a part of that, not the ultimate end." 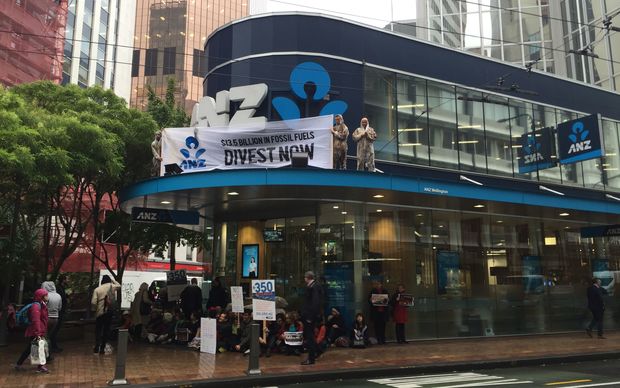 In the United States, there have been some apparent setbacks in the environmental fight recently. Last month, the protest site for Dakota Access Pipeline protests near the Standing Rock Indian Reservation was cleared out, and President Donald Trump authorised the Army Corps of Engineers to proceed with the pipeline. 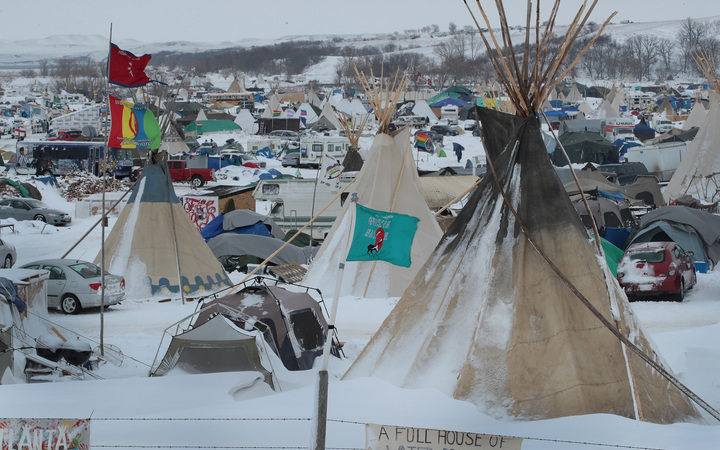 The protest camp at Standing Rock, before it was cleared out by authorities. Photo: AFP/ GETTY IMAGES NORTH AMERICA / Scott Olson

Mr Abel says in a case like Standing Rock, it's too soon to say what the ultimate outcome could be.

Indigenous people and environmentalists may feel they lost the battle, but it is part of a greater ongoing struggle.

"Standing Rock inspired people all over the world, and now they've focused the energy on Washington, so it's far from over.

"In 1981, a lot of anti-apartheid demonstrators felt like they failed, because they couldn't stop the game going ahead at Eden Park, but looking back, they didn't fail at all, because it was a big step in showing apartheid was not going to be accepted, and inspiring the movement - even in South Africa."

While this meant the effects of a protest action might not be felt for some time, it can have an effect on the entire national identity, Mr Abel says.

"The nuclear-free movement had a huge effect on our cultural self and New Zealand's identity.

"But it wasn't a point of pride when it started, it was seen as just a bunch of hippies standing on the wharf. The coverage was negative for a long time, and it took a prolonged and dedicated effort to get to this stage of our nuclear free status being universally celebrated and unassailable."

Environmental protests in the 21st century can take a lot of forms, including in the online world. Social media can be used to raise awareness and build networks, and online petitions can have thousands of signatures, although Mr Abel says there is always a need to get people doing more than signing their name.

"It's a real challenge, and something we grapple with at Greenpeace, getting people to move up the engagement pyramid. If there is one positive to take out of the election of Donald Trump, it's that people have seen that if they disengage, bad things can happen.

"People realise they can get engaged with issues, say, 'I care, and I have an influence'. You can blame politicians or blame corporations, but you are a member of this society, and if you don't act, you're passively endorsing the status quo." 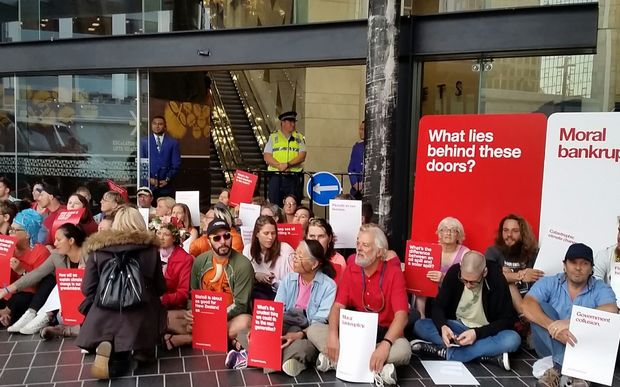 Greenpeace will be joining other environmental groups in Taranaki next week for the People's Climate Rally at the 2017 Petroleum Conference, a regular protest at an annual event that is usually held in Auckland.

Mr Abel says like other protests in recent years, next week's action will be about focusing attention on a specific issue, and not letting up on the pressure.

"Climate change means that if we are to have a future, the oil industry must have no future.

"These fights can be won. Once public movement gets started, it becomes unstoppable."

Working within the system

Changing the public perception can be a long-term battle, and also requires legislative change, even if hardcore protesters might balk at the idea of working with the authorities.

Environmental historian Graeme Wynn, who is in New Zealand as a visiting fellow at the University of Canterbury, says there has been a decades-old split in the environmental movement, between those who take direct protest action and those who work in the system to try to introduce regulations.

While some environmentalists may be scornful of efforts to work within the system, he does not consider it selling out or compromising, he says.

"Industry and its associates are very powerful and we know their ultimate goal is profit and to look at increasing the bottom line for their purposes.

"When I say we need to work within the system, I'm thinking of working within the governmental system so we can establish regulations which really underpin things like the GE-free kind of stance of New Zealand.

"It's hard to achieve these kinds of blanket arrangements without having some form of law or regulation which can obstruct and limit the kinds of strategies that broadly industry or marketplace would dictate in its quest for maximising profit."

The actions of environmentalists like Paul Watson and the Sea Shepherd Society, which intervened in more direct, challenging and dangerous ways, often get different reactions from different members of the public, he says.

"Paul Watson is reviled by some and much appreciated by others because of his direct actions and his dangerous interventions to prevent whaling in the high seas.

"But Greenpeace also works in that regard, and they pick up supporters who really think Watson is a wild man who should be reined in. All of these protests help to change public perceptions and raise consciousness of the need for people to be aware of the possibilities of the extinction of whales," Mr Wynn says.

"But I think alone, they raise consciousness, but perhaps if they are too extreme, they turn some people off the environmental movement, but either way, they don't do enough themselves to secure change."