New Zealand First leader Winston Peters has refused to walk onto Te Tii Marae after he was told media could not accompany him.

There was a stand-off between Mr Peters, a member of Ngāpuhi himself, and Te Tii Marae officials at Waitangi this morning, after the official threatened to call over the police to move the New Zealand First leader away from the marae entrance where he was talking to reporters.

"It's not that I'm the greatest defender of the media, but the fact is this is not just about this marae, it's about Ngāpuhi and about the whole country," said Mr Peters.

"And the ban of the media is so counter-productive, and worse than that it's an abuse of the hospitality rights conferred on them by the Ngāpuhi people and in whose name they are making this decision without ever consulting with us." 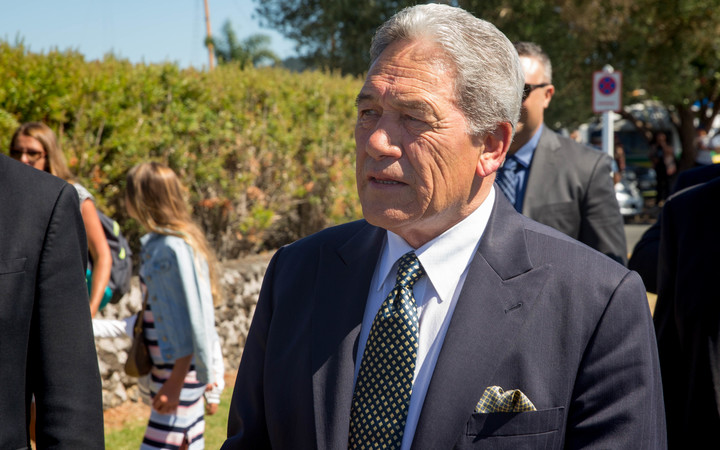 Mr Peters said the media ban was against the tradition and culture of iwi. Photo: RNZ / Claire Eastham-Farrelly

Mr Peters said he had been coming to Waitangi for six decades, and for four decades as a politician.

"But what's going on here is not part of the tradition, things have got totally out of hand and the clear signal to this group here is, we up North are not going to accept that anymore. 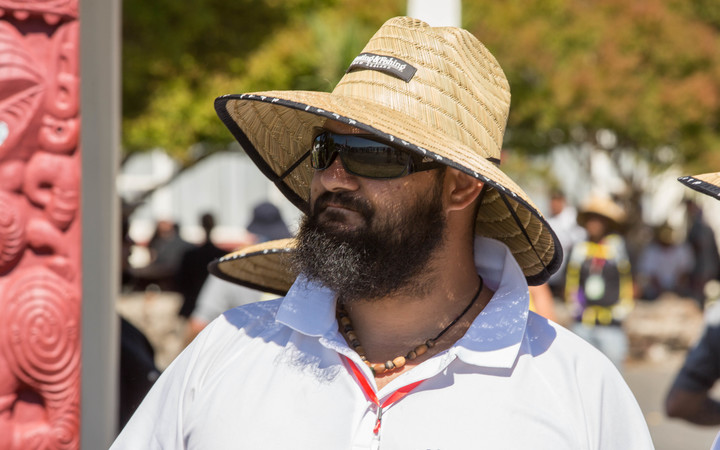 The marae official who told Mr Peters to get off Te Tii Marae property while he spoke to media. Photo: RNZ / Claire Eastham-Farrelly

At that point, one of the organisers asked Mr Peters and the media to move off the grass verge by the entrance to the marae, while asking him whether he was declining to come onto the marae.

The group moved back a few metres but the official continued to ask Mr Peters to leave, and threatened to call police to move him away from the marae.

Mr Peters said he was not at the marae to be insulted and challenged the official to involve the police.

Little may boycott in future over media ban

Earlier in the morning, Labour leader Andrew Little and the Green Party co-leaders were welcomed on the marae.

Some reporters followed them in during the pōwhiri but were asked to leave once organisers became aware they were with the media.

Mr Little said however, he would be making his views about the media blackout clear on the marae.

"The black out is wrong."

Mr Little was making no guarantees about coming back to Te Tii Marae in the future, if the situation remained the same.

"I cannot see that a continued media black out is in any way consistent with the public role that I have, whether as Leader of the Opposition and if I have the privilege of leading the government after the 23rd of September, it would be wrong to be see to be supporting it and encouraging that."

He said he would always come to Waitangi for the February sixth celebrations.

"But I cannot guarantee I would come to a place where the media, the public and therefore New Zealanders here and around the world are prevented from seeing what I have to say." 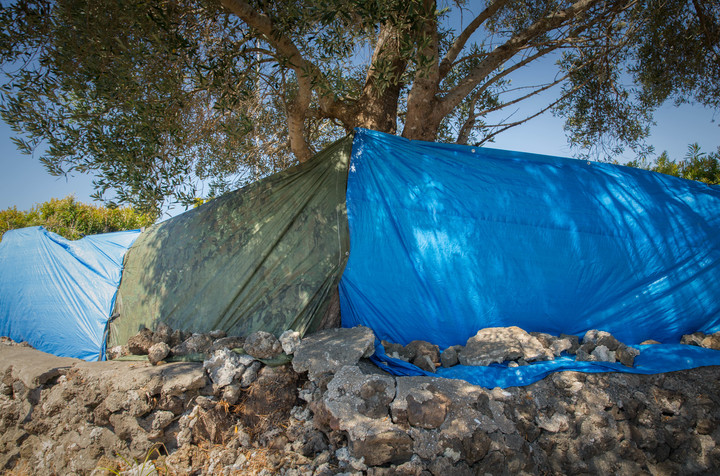 When Prime Minister Bill English met with iwi leaders at Waitangi on Friday, he said he would be open to taking Waitangi celebrations "on the road", and giving other iwi around the country the opportunity to host.

But Mr Little said the celebrations should always be at Waitangi itself, because even now there are celebrations in many parts of the country.

"There is no substitute for the day itself for the leader of the country to be here at Waitangi, on the treaty grounds, the grounds that were gifted back to the nation by Lord Bledisloe, for celebration, for commemoration, for recognition of the importance of the Treaty.

"The Prime Minister should be here."

Hīkoi to Waitangi over P addiction

Meanwhile, a hīkoi to raise awareness of the problems of methamphetamine in New Zealand has arrived at Waitangi.

One of the organisers, Reti Boynton, said the drug, known as P, was ruining lives and disrupting whānau.