Prime Minister Bill English says he will not be changing his mind to stay away from Te Tii Marae, despite an apology from Ngāpuhi kaumatua Kingi Taurua. 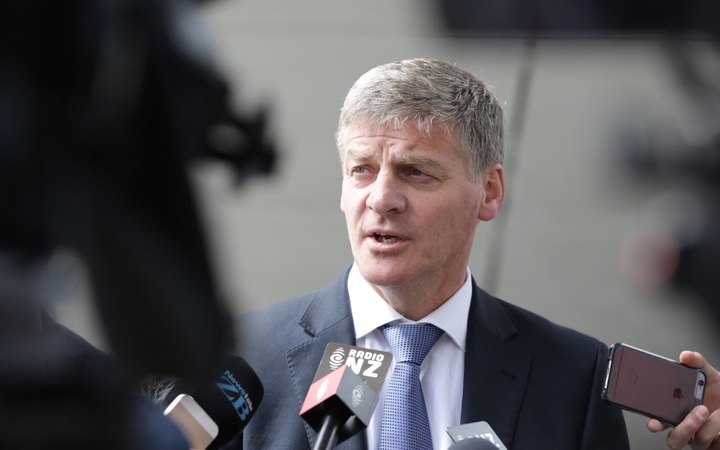 A meeting was held at Te Tii Marae in Waitangi today to discuss a letter that was sent to Mr English, telling him he would not have speaking rights during the pōwhiri

Mr Taurua yesterday apologised after it was discovered the letter was not vetted by the marae's board. He said Mr English was now welcome to speak at Te Tii Marae, even in English.

However, during his first overseas trip as prime minister, in Europe, Mr English told media he was thankful for Mr Taurua's apology but he would not be changing his mind.

He said he would be standing by his decision to go to Waitangi only for an iwi leaders' meeting, and attend Waitangi Day events in Auckland instead.

He had said earlier that the marae committee was disorganised and he would not change his plans even if he was allowed to speak.

Kaumatua of Te Tii Marae met this afternoon with marae trustees and the committee to discuss the letter and Mr English's refusal to be welcomed onto the marae.

One of the organisers of the day's events, Pita Paraone, said the hui went well and it had been accepted Mr English would not be coming.

They were going ahead with their preparations and looking at trying to deter protesters by doing things a little differently, he said.

"One of the things that they're trying to do is looking at the logistics of having the formal welcome inside the house, rather than having it outside on the marae in front of the meeting house."