Up to 500 protesters have been welcomed on to Te Whare Runanga - the marae on the Treaty Grounds at Waitangi.

They began their hikoi at Cape Reinga on Monday in protest over the government's signing of the Trans-Pacific Partnership (TPP).

The annual hikoi, made up of more than 200 people, was joined by anti-mining and more anti-TPP protesters as it headed to the Treaty Grounds.

See a photo gallery of scenes from Waitangi Day 2016 here: 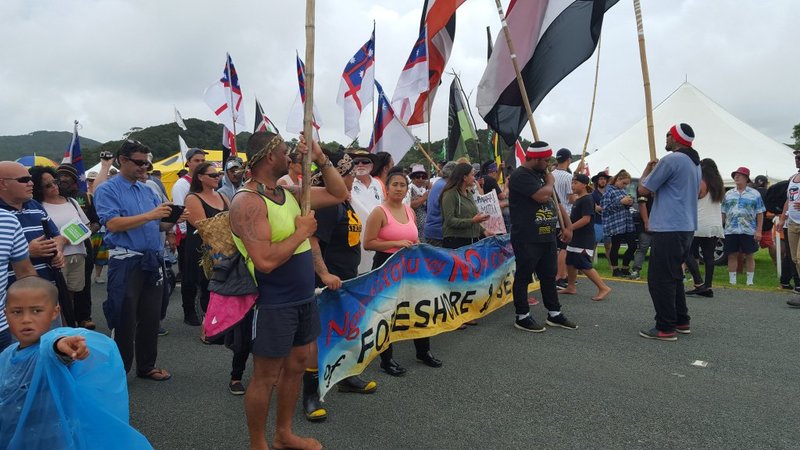 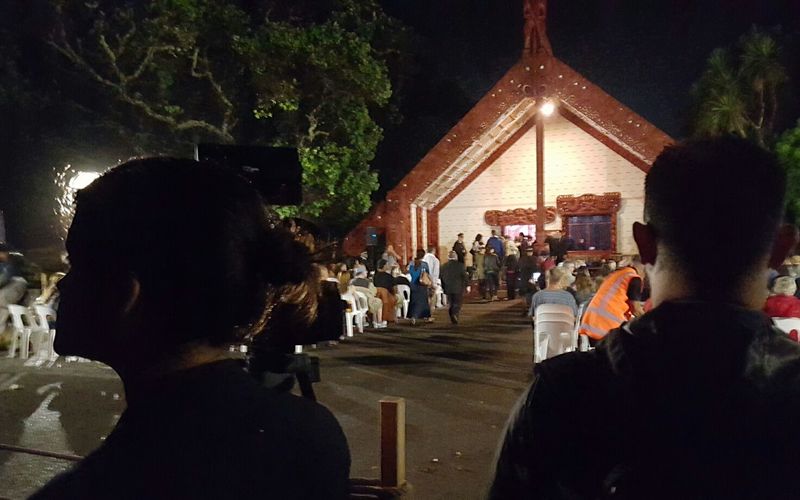 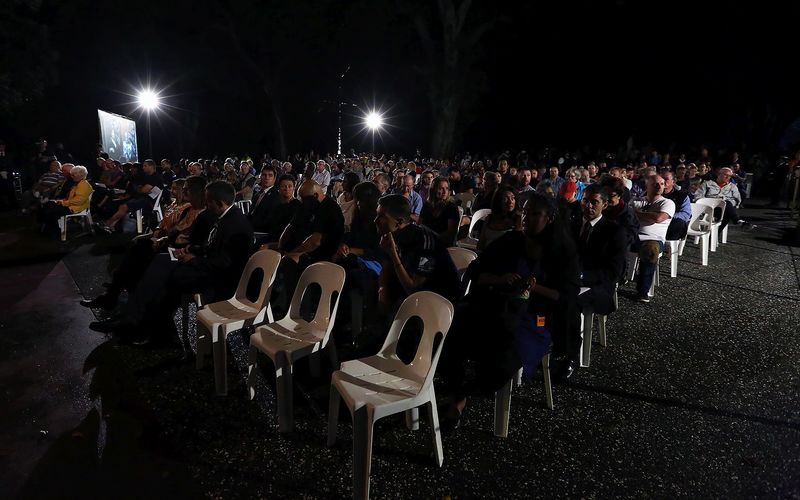 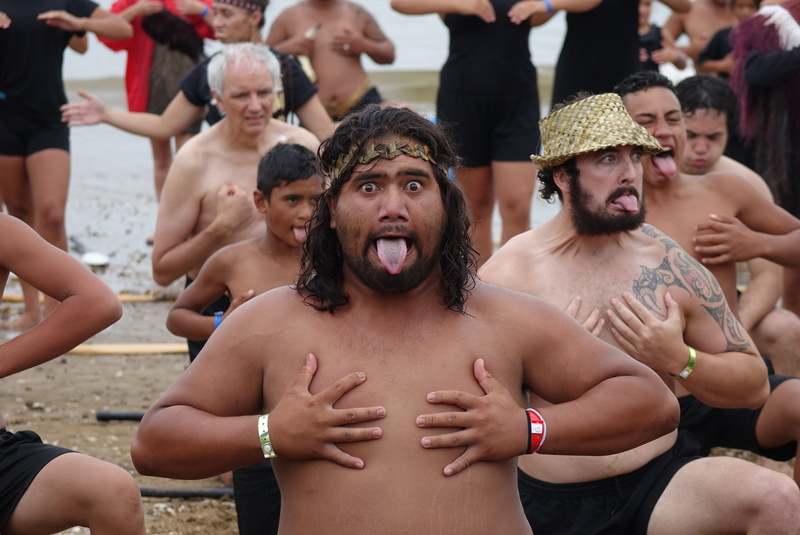 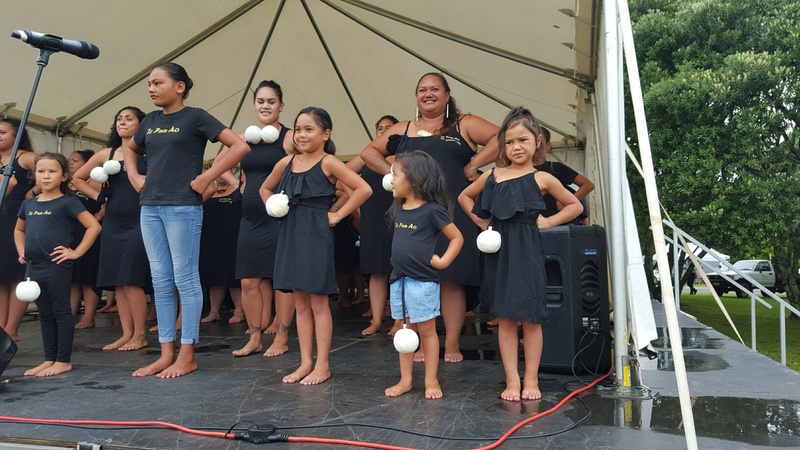 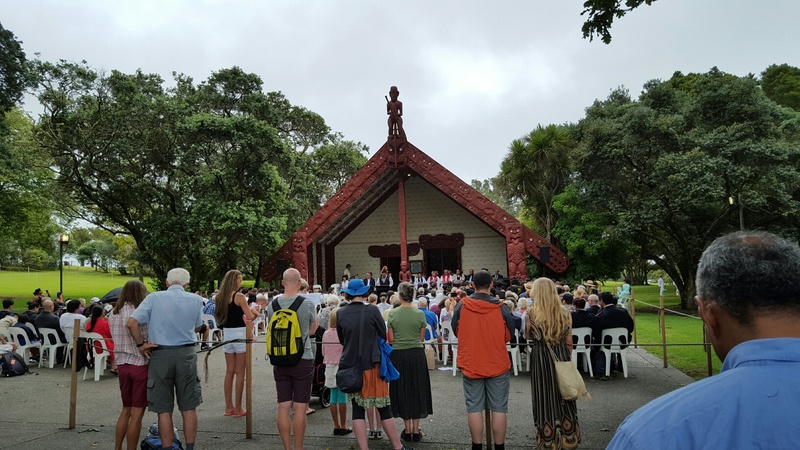 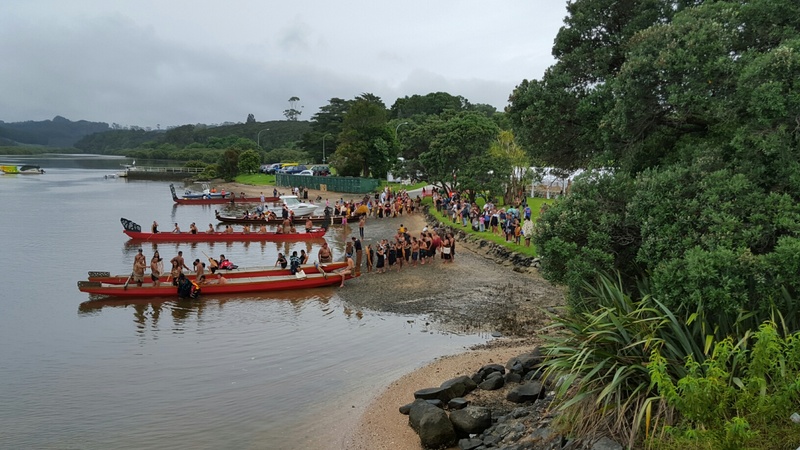 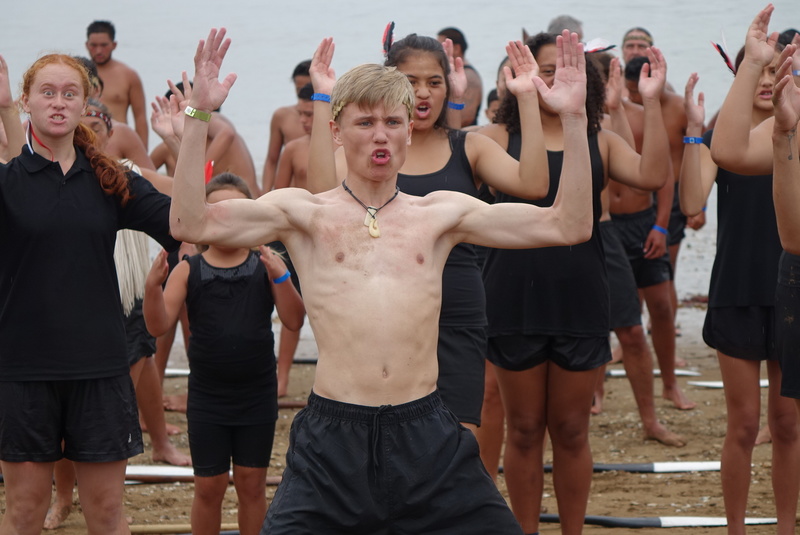 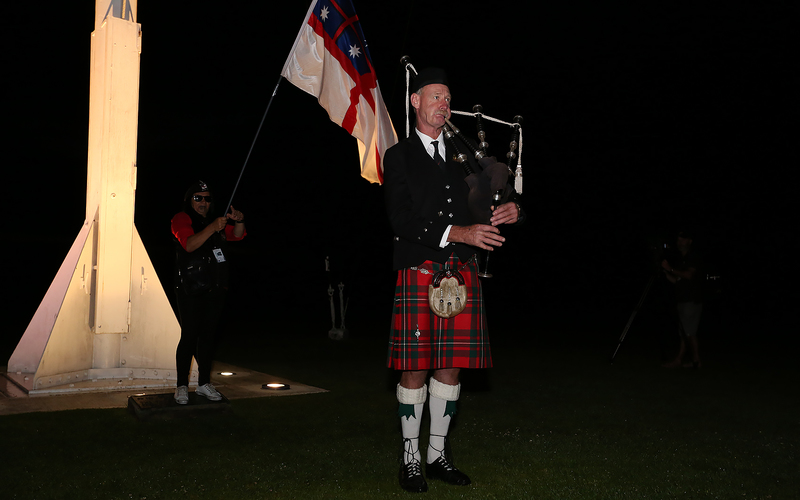 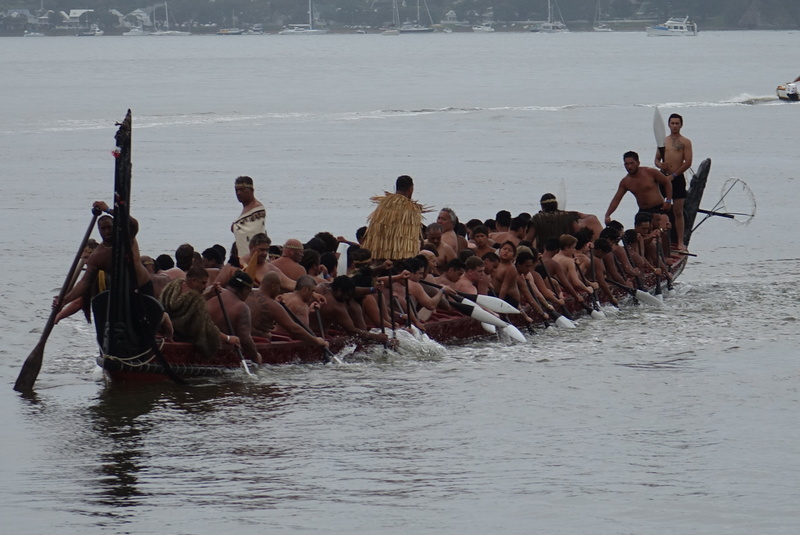 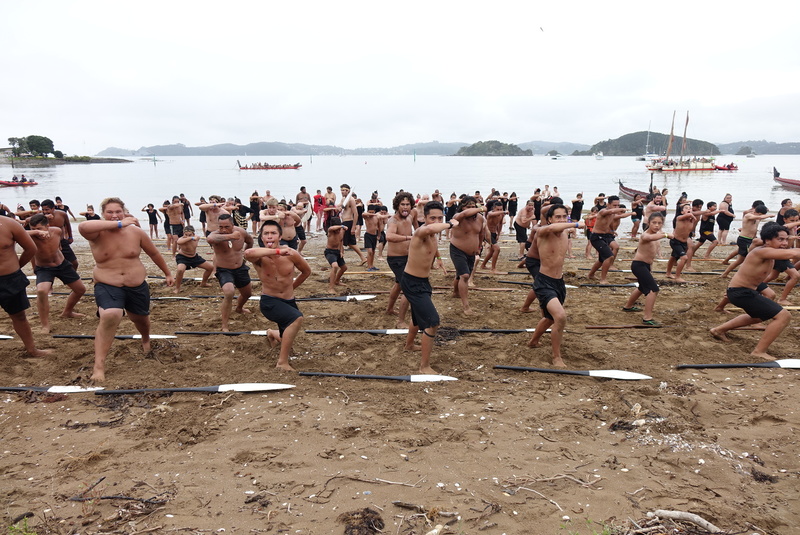 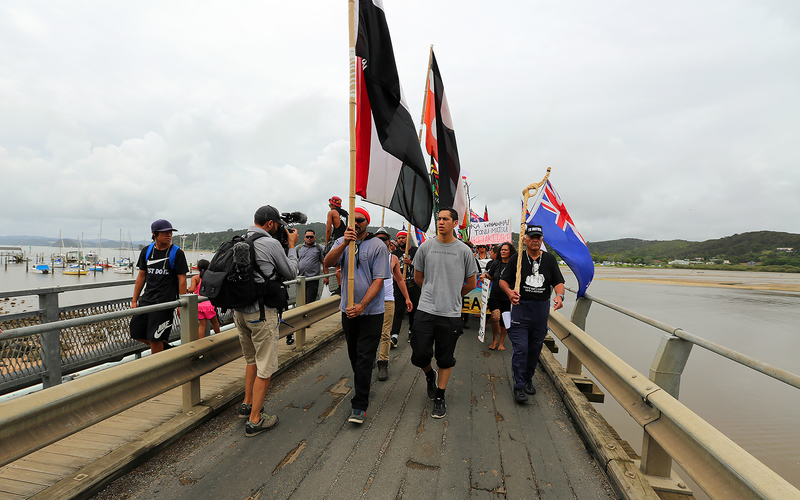 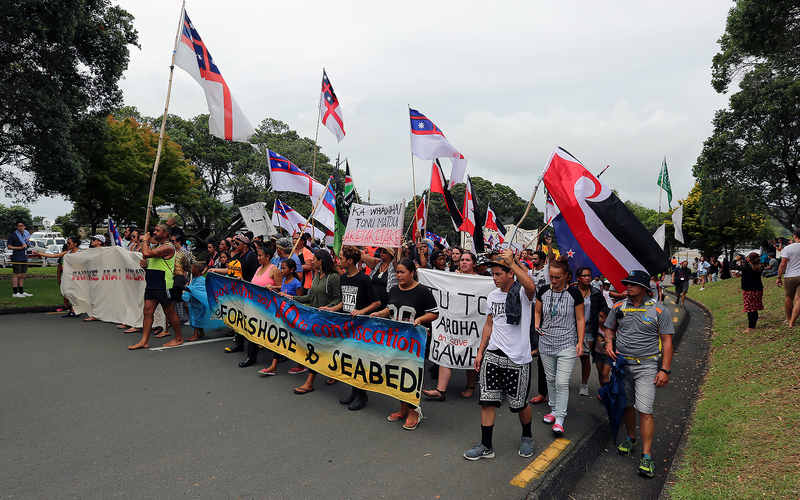 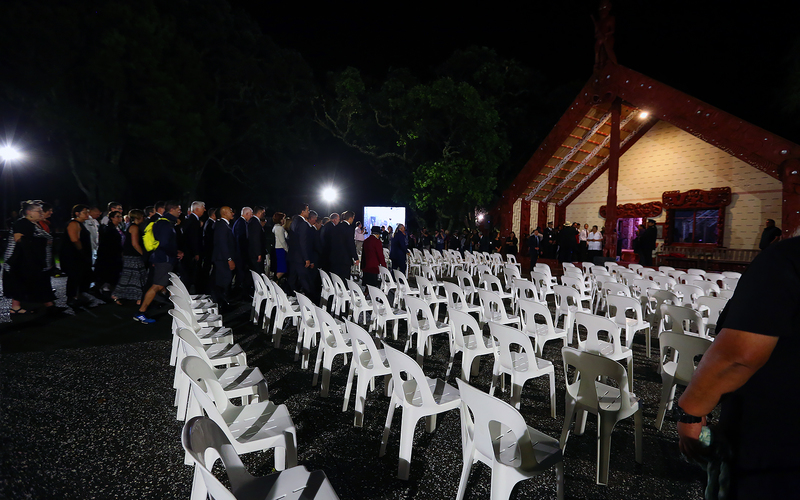 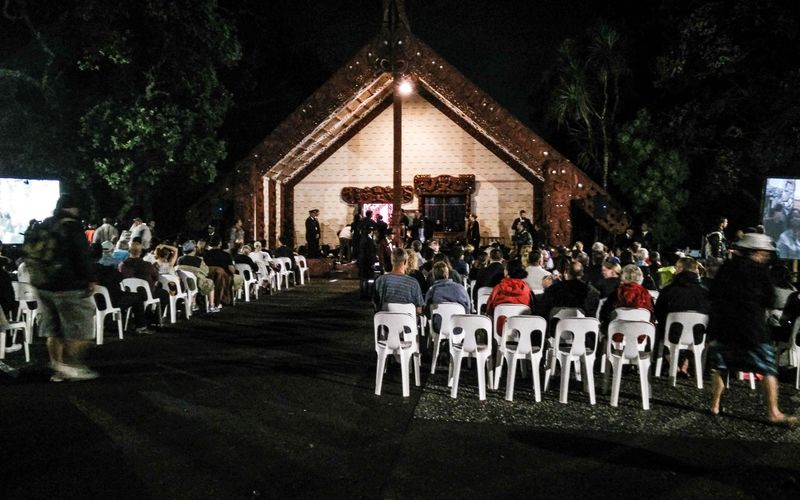 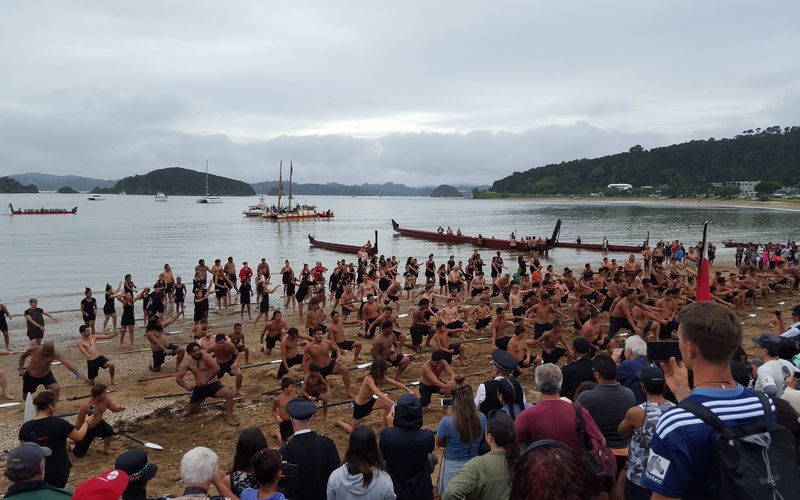 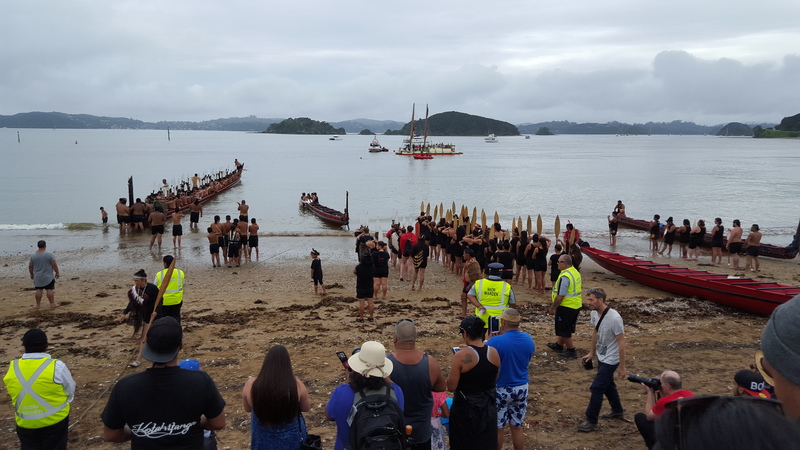 Some of the protesters told RNZ the Prime Minister had refused to come to Waitangi this year because he was scared of them.

A number of events were held throughout the country as thousands of New Zealanders marked the 176th anniversary of the signing of the Treaty of Waitangi.

Chief Justice Sian Elias said the Treaty was not just a piece of parchment in the archives, but a sacred covenant which looked towards a just society in which all could flourish.

Afterwards the crowd poured out onto the treaty grounds to see the flags raised as a piper brought in the dawn.

Later in the day thousands of people lined the shores of Te Tii Beach in Waitangi to watch the waka regatta.

Four traditional waka rowed up onto the beach and then more than 100 paddlers performed a haka to commemorate the signing of the Treaty. 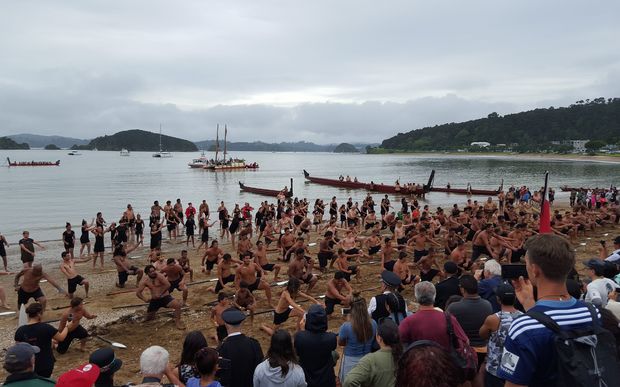 More than 100 paddlers performed a haka to commemorate the signing of the treaty Photo: RNZ / Andrew McRae

Also on the waka were international paddlers from north American peoples and the Netherlands, who performed their own haka.

The Waka paddlers pay tribute to the signing of the treaty pic.twitter.com/ZRk9jH1fU7 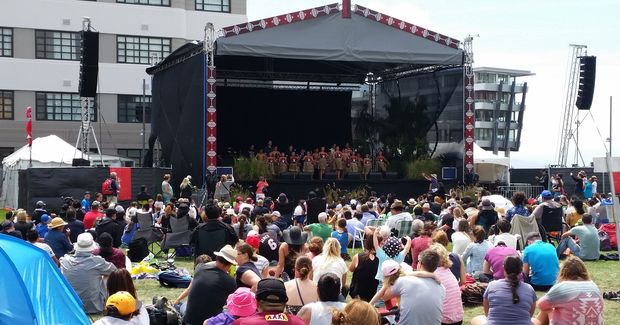 Further south, people gathered at Onuku Marae on Banks Peninsula, one of three marae around the South Island where the treaty was signed in 1840.

About 100 people were welcomed onto the Marae, including treaty negotiations minister Chris Finlayson.

Guests were treated to a hangi before official speeches throughout the afternoon.

Freshwater issues, citizenship diversity and the treaty were expected to be discussed.

Ngai Tahu kaumatua George Taikao said Waitangi Day was one of celebration for his iwi.

He said the day was about reflecting on the past and passing on knowledge to the next generation. 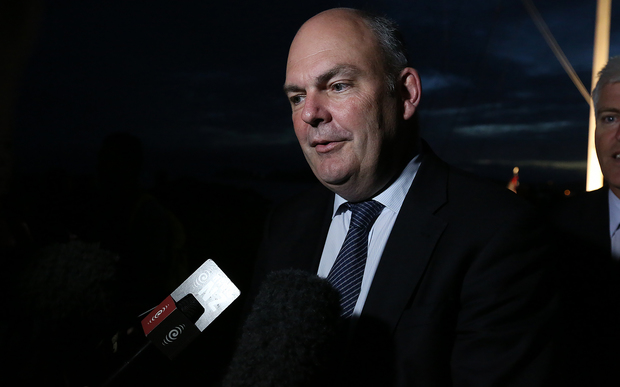