A silent hikoi in New Plymouth today followed the footsteps of prisoners taken during the sacking of Parihaka in 1881, marking the start of the city's public commemorations for the Treaty of Waitangi. 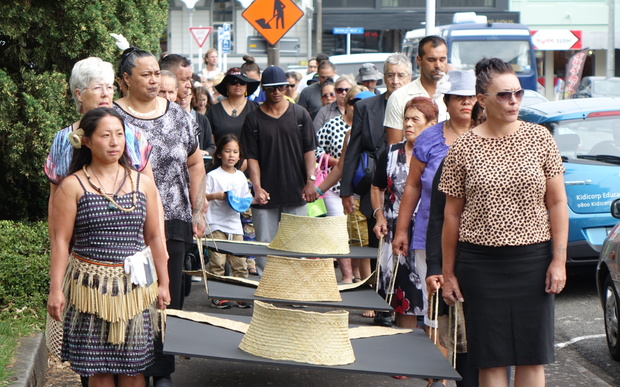 The Walk of Peace, organised by Tu Tama Wahine o Taranaki, followed the footsteps of prisoners taken during the sacking of Parihaka in 1881. Photo: RNZ /.Robin Martin

About 150 people retraced the prisoners' march from the police stables, where they were held, and past the courthouse that still stands in the same place.

The rumble of passing traffic was all that could be heard as the group made its way through the city's streets in solemn and contemplative silence.

Ngaropi Cameron - a spokeswoman for Tu Tama Wahine o Taranaki, which organised the event - said the Walk for Peace reclaimed a sacred space from Taranaki's past.

It was still tinged with sadness, she said.

"We can't talk about having a silent contemplative walk without revisiting the history of Taranaki in relation to a peaceful resistance movement, and the price we have paid for supporting that." 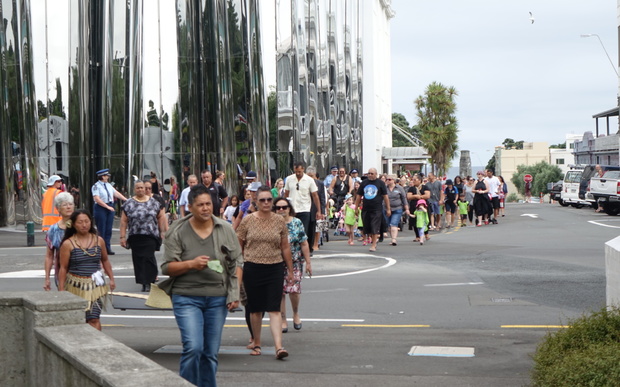 Ms Cameron said, as well as promoting peace and tolerance, the walk offered an opportunity to think about the true meaning of the treaty.

"It should be a reflective space where people should actually do a bit more about educating themselves.

"They are partners to a treaty with an indigenous people and they need to be thinking about what that actually means. 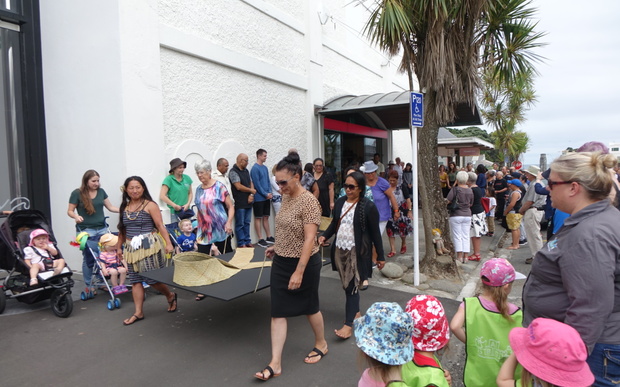 Created at the gallery by four master weavers and gallery visitors, 'Te Korowai Rangimarie' acknowledges violence in the community but relays the message of peace from Parihaka.

The korowai was gifted to the agency to acknowledge its contribution to reducing violence in the region.

"The Govett Brewster sits on the site of Queen Street, where prisoners from Parihaka were walked to the courthouse, which is still located there today.

"So being almost Waitangi Day, it was a very peaceful hikoi past the site of a historical trauma - turning the corner into the future and a new sense of collaboration."

'No words, only tears'

For Moewai Aterea, the significance of the hikoi was far more personal.

"I suppose I just think of my grandfathers and my great ancestors and all the men of that time who were taken away from their families."

Official Waitangi Day celebrations in Taranaki will be held tomorrow at the Puke Ariki Landing in New Plymouth and at 'Paepae in the Park' in Patea.