The government is soldiering on with its Trans Pacific Partnership (TPP) legislation, despite the strong likelihood the trade deal is already dead.

The election of Donald Trump as US president is likely to have scuttled any chance of the TPP ever coming into force, as he has repeatedly vowed to kill it off.

But Trade Minister Todd McClay said passing the legislation, which would allow the country to join the TPP, would be a sign to the world that New Zealand was a champion of trade liberalisation.

At the bill's third reading at Parliament yesterday, Mr McClay could not ignore events in the United States.

"I want to congratulate President Trump, it's important that we give the new president a chance to put his team in place and consider his trade agenda," Mr McClay said.

"We will be able to work with America on trade."

Most of the Labour Party opposed the trade deal, and a delighted David Clark even claimed he might have felt a little sorry for Mr McClay - who he described as the "new patron saint of lost causes". 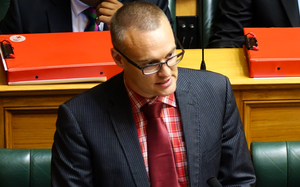 "He (McClay) made an earnest plea to this House to support a bill that will not be ratified, that will not enter into force, it is a bill that his own prime minister - his own leader - has pretty much said is dead in the water."

"I find it actually quite disturbing to stand in this House and see the smiles and the gloats coming from across the other side of this House, because they feel like they've had a cheap political win."

Mr Mitchell said small and large businesses all believed the TPP would be a good deal for them.

But Labour's Megan Woods was worried about National's state of mind.

"And it feels a bit like we're taking part in a joint therapy session for the members opposite. Denial is the first stage of grief, I get that, but something happened yesterday ... the TPP is over, it's not going to happen." 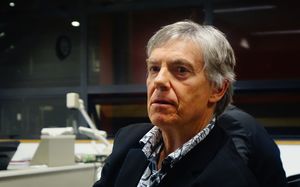 "It's been a waste of time and money, including this parliamentary session where we are apparently doing third reading of a bill for a treaty that will never come into force.

"And it's abundantly clear after the US election that the TPPA is dead."

The third reading of the Trans Pacific Partnership legislation will continue on the next available sitting day.