Analysis - The prospect of a Donald Trump presidency in the United States is not sitting well with those charged with looking at the impact on New Zealand's economy. 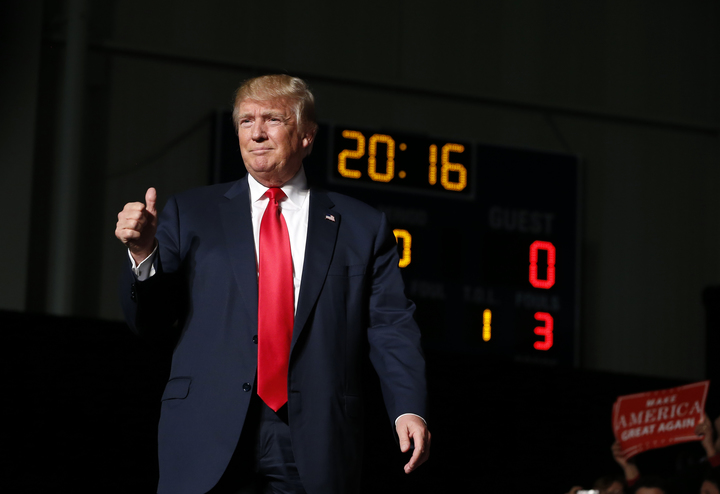 Last week, the New Zealand Institute of Economic Research (NZIER) described a win for Republican Mr Trump as "horrible" for New Zealand, while ASB's chief economist, Nick Tuffley, wondered whether the country's pumping economy could be "trumpled" if Democrat Hillary Clinton failed to become the US president.

And trade specialist, Charles Finny, politely called a Trump victory "problematic" for the chances of securing a trade deal with the US, given his promises to scrap trade deals and reintroduce tariffs to protect American manufacturers.

No man is an island

The American election is more than just an interesting diversion for New Zealand.

The US is one of New Zealand's largest trade partners. New Zealand exported $8.4 billion to America in 2015, mainly agricultural products such as meat, dairy and wine, and tourism.

Mrs Clinton's economic policies are broadly expected to be a continuation of the status quo.

Mr Trump, on the other hand, is not a traditional Republican candidate.

"There is a lot of uncertainty about what would happen if Donald Trump triumphs over Hillary Clinton," ASB chief economist, Nick Tuffley said.

Investors have already made up their minds about Mr Trump.

Stock markets and the US dollar fell, while investors piled into the safe haven of gold.

"It's difficult to see this [Mr Trump' possible election] being anything but a 'bigly' headache for markets," NZIER's deputy chief executive John Ballingall said.

Increased uncertainty may prompt risk-shy investors to push up funding costs, making it more expensive for New Zealand's households and businesses to borrow.

The concerns do not stop there.

"With New Zealand's economic prosperity based on trade, any Trump-initiated trade wars would put that at risk," Mr Tuffley said.

Trade boosters are pinning their hopes on the TPP being ratified by the US Congress during the so-called 'lame-duck session' after this week's election.

If that doesn't happen, some remain optimistic Mrs Clinton will come round if elected, despite her denials. 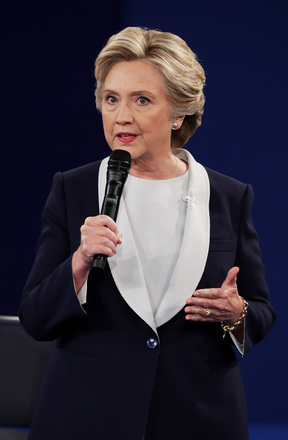 Hillary Clinton's policies are largely expected to be a continuation of the status quo. Photo: AFP

Mr Finny also floated the optimistic possibility that a Trump presidency could be open to a bilateral trade deal with New Zealand.

That may be wishful thinking.

Previous efforts by New Zealand to secure trade talks with the US have fallen on deaf ears. The TPP was viewed as New Zealand's best chance to secure a backdoor free trade deal with the world's biggest economy.

Nevertheless, New Zealand has other options.

The Asian-focused Regional Comprehensive Economic Partnership (RCEP) is grinding towards a conclusion, though it's considered distinctly second-best by the government.

A feasibility study for a Free-Trade Area of the Asia-Pacific (FTAAP) covering APEC countries is also underway, but whether talks will eventuate is uncertain.

Polls show Mr Trump remains the underdog despite the race tightening, with a 30 percent chance of victory.

Even if he does win, some argue the presidency can be given too much weight. 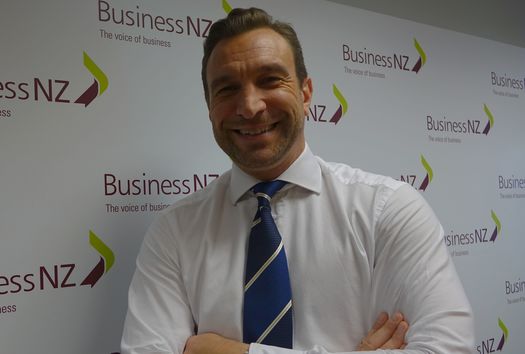 Americans are also voting for all 435 seats in the House of Representatives and a third of the 100 Senate seats.

Business New Zealand's chief executive Kirk Hope points out that the checks and balances in the US political system can reduce the levers a President can pull.

"Congress can dispose of many policies a president might propose. Extreme policies promoted now might not ever see the light of day," Mr Hope said.

Brexit may also offer another lesson for those warning about the dangers of a Trump presidency.

Despite gloomy predictions the economy would fall into recession by the end of the year, new forecasts now estimate the economy will grow nearly 1 percent in the second half of 2016.

Analysts are hoping Mr Trump will adopt a more mainstream approach if elected.

"I'm assuming … that if he (Trump) did win he'd be putting hopefully some good people around him and they would be somewhat more sensible in their economic policy positions than we've been hearing," Mr Finny said.

But given the reservations, if not outright alarm, about Mr Trump, some would prefer that scenario is not put to the test.