Prime Minister John Key says the Trans-Pacific Partnership (TPP) is not going to happen under Donald Trump presidency "in the short term".

That included the TPP, which is between 12 countries including New Zealand, and which Mr Trump labelled a "rape" to the United States.

Mr Trump has said he was not opposed to trade deals, but would sign only those he considers best for America.

In his victory speech, he said the US will "get along" with all countries willing to get along with it.

Mr Key congratulated Mr Trump on his election victory last night, and told Morning Report today he absolutely could work with him.

The TPP was not going to happen in the short term, he said.

"It's definitely not going anywhere in a hurry, that's another way of putting it.

"We've had a great and growing and strong economy - one of the strongest economies in the developed world - without TPP.

"It would have been nice to have, but we're not going to have it in the short term.

"It's definitely not going anywhere in a hurry.

"But does that mean there will never be an attempt to re-negotiate it? No, because President Trump will get the same advice from the State Department, from the Pentagon, from the Treasury that President Obama got, which is that you need to have influence and you need to have presence in Asia and to do that free trade locking you in there is the way to do it."

Labour Party leader Andrew Little also said the TPP was now unlikely to be ratified, and he could not see it surviving. 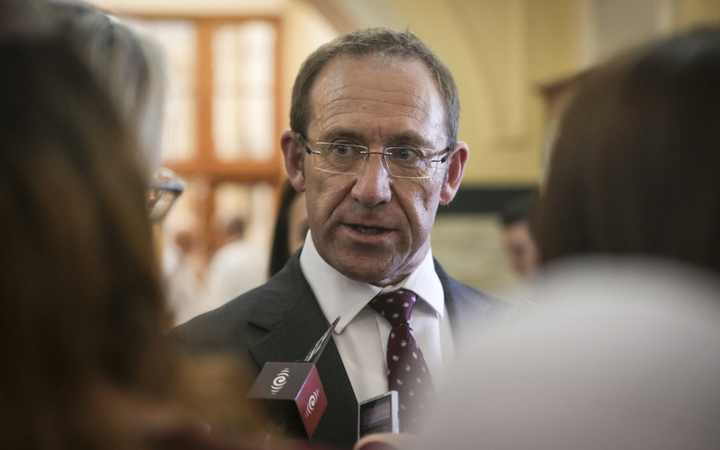 "That seems to be dead in the water now. He's pretty clear about his view about trade and free trade in particular."

"I don't think there is any doubt tapped a sentiment of people who felt left out and left behind. He very much played to that and I think that's clear in the US as it was in the UK, as it will be here as well."

Mana Party leader Hone Harawira said all those who marched and protested against the TPP could now pat themselves on the back.

"For New Zealanders generally but particularly for Māori because we tend to be at the bottom of the social and economic chain, so I'm glad the bloody TPPA is dead.

"And the sooner he actually announces that it's dead he might contemplate a bilateral between New Zealand and the US, let's get it over and done with."

Mr Trump will be backed by a Congress dominated by Republicans, many of whom have expressed strong opposition to the TPP.

"We'll be the only of the 12 countries to have passed the implementing legislation, others have decided they need to wait and see what happens in the US. They have been prudent. We have not," she said.

"[It] makes New Zealand look out of touch and desperate. Given the Prime Minister's concession, the government should withdraw the legislation and reverse all the other changes it has been making to implement a deal that is unlikely come into force.

Business leaders weigh in on TPP

Technology and business analyst Russ Shaw said the global economy was so intertwined markets would suffer without such deals.

"He says first and foremost he would go after NAFTA, the North American Free Trade Agreement.

"Discussions around the Trans Pacific Partnership, the trans-Atlantic trade deals, I think those are all going to be put on hold.

"So I think markets in Europe, markets in Asia, won't like those moves."

"We have to rethink the way we're going to do this. The United States remains very important to New Zealand, a key economic partner.

"So we're not going to abandon the United States and we hope they won't abandon us. But we're going to have to think again how to get them into this trade liberalisation game."

Those who fought long and hard for the TPP would be very upset today, Mr Jacobi said.

"Disappointed, frustrated, in fact adjectives fail me to describe how I feel at the moment.

"But you know we are always in this for the longer term game and as I say, the issues behind TPP: better market access, better rules, better optimisation of supply chains, all of those things are going to be on the table and the new president is still going to have to deal with them."

Legislation ratifying the trade deal in New Zealand is high up on the order paper and could come back before Parliament for its third and final reading in the next week.

Passing the bill would show the rest of the world New Zealand is open for business and would be the best response to a negative and inward-looking US election, Mr Jacobi said.

Key comments on Trump win, future with US

In response to questioning over Mr Trump's approach to women, Mr Key said he did not agree with all of the man's opinions or actions.

"So I don't get a choice firstly of who the next president is, secondly I don't have to agree with everything he either has said or might say in future.

Asked what he did agree with, Mr Key said, "I'm sure we can think of something, there must be something out there".

Mr Key has enjoyed a warm relationship with the incumbent US president, Barack Obama, and said Mr Trump's victory came about through a new voter block.

"What you've seen with Trump and what I can see is you've seen a big base of people who've never voted before have turned out. So they are very much non-educated, blue-collar voters or rural voters.

"That doesn't stop us having a good relationship with the US."

Mr Trump has also promised to put a 45 percent tariff on all goods from China. Mr Key said he expected Mr Trump would be "more nuanced" in what he did.

"If he put a 45 percent tariff on all incoming goods from China, that will have a massive reduction in purchasing power and therefore income for the very people who turned out for the first time to vote for him - by the very definition probably lower-income Americans.

"So, he will put some tariffs on and he will have some pretty heavy-duty discussions, but will it be across everything from China - no.

"Theoretically if he did of course it would on a relative basis make New Zealand goods cheaper going into the United States, but it would slow the global economy.

"It's like Brexit, on the one hand I could paint a scenario why that's going to present some real challenges to the UK, but in the end the markets have largely recovered.

"And I think that's what you're going to see in the United States, eventually people are going to have confidence in the overall system."

Mr Key said he did not think launching nuclear weapons was a decision the president made in isolation, and Mr Trump would have many advisors to back him up.

"So my own view is that he will probably have some very colourful rhetoric when it comes to saying the United States can defend itself if it needs to but that's a long, long way from turning to the football and whacking in the codes," he said.

"To get to the point at which you deploy a nuclear weapon in the United States, I'd at least want to believe - and I'm pretty sure I'll be right - that is a very, I'm sure, both convoluted and significant decision. I don't think it's a decision that the president makes in isolation.

"Because history tells you every president of the United States has done everything possible to avoid doing that."

He also said New Zealand's relationship with the US would not be Mr Trump's top priority.

"There's no question - as I said earlier if you look at New Zealand, we're not his problem child and we're not the top of his radar are we."

"He's going to have some pretty robust discussions with a number of other countries.

Mr Key said he would not be rescinding the government's invitation for US warships to visit New Zealand waters.