The New Zealand financial market has opened strongly and recouped losses made after Donald Trump's US presidential victory. 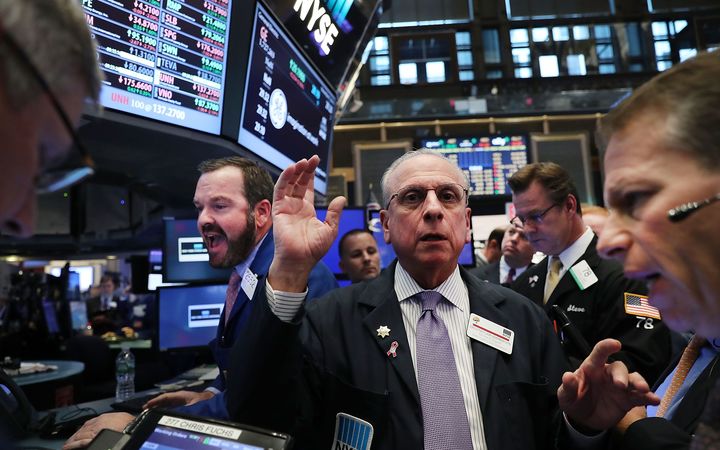 New Zealand and other markets in the Asia region were hammered yesterday as the tide turned in Mr Trump's favour.

US share prices rallied from last night's falls as investors snapped up stocks in sectors that appeared poised to benefit from the policies of a Trump presidency.

The morning gains followed financial market volatility as election results cam in and as Mrs Clinton's path to victory narrowed. The S&P futures had fallen 5 percent and hit a limit down, meaning the contract could not trade lower, only sideways or up. Dow Industrials futures briefly dropped 800 points.

The strongest negative reaction to the Trump victory had been in the Asia Pacific region, where sharemarkets plunged as the tide turned in his favour, and the US dollar fell sharply.

Tokyo's sharemarket closed more than 5 percent lower, the biggest daily drop since the Brexit poll in June, as investors ran for cover and looked for safe haven assets, such as the Japanese yen and gold.

It was a similar story in Hong Kong, Australia, and New Zealand, where the benchmark NZX-50 index had its biggest one day loss in eight years, falling 3.3 percent.

But the panic and volatility was not replicated on European markets which have generally closed more than 1 percent higher, and currencies have traded relatively steady.

"Overnight, it seems people have decided the Trump policies may be growth friendly, so we'll see stronger US growth, which will ripple around the world,"said Westpac senior currency strategist, Imre Speizer.

"We'll see more inflation and that's probably why equities have rebounded," he said.

"I think the market is saying 'we don't know, we need to see how the policies unfold and we'll play what we see in front of us'."

The New Zealand dollar, which fell about a cent against the US dollar over the past day, rebounded this morning.

It had steadied overnight and then jumped about a third of a cent after the Reserve Bank cut its cash rate to 1.75 percent but dropped reference to the need or likelihood of further rate cuts.

Its interest rate forecasts implied no change for three years, which would still mean New Zealand has one of the highest rates in the developed world.

The kiwi has settled at around 73.3 US cents from 72.9 before the decision.

As forecast by dozens of bank and fund strategists, the US dollar sank against the yen on the first signs of a Trump victory on worries over global growth, security and trade.

Trading volumes against the euro reached 10 times the average for what is normally a high point of trading in Japan and Hong Kong, and Tokyo felt the need to caution speculators with the promise of an emergency meeting of officials to consider intervention.

But by the time daylight returned in New York, investors had pushed the dollar back to a loss of just half a percent on the day against the Japanese currency, and it was up against the euro and the franc.