New Labour Party leader Andrew Little intends to be open and transparent and will not fudge on the big issues, he says.

Mr Little won the tight leadership battle with 50.52 percent support compared with Grant Robertson's 49.48 percent - a lead that could have been wiped out if just one MP had switched sides.

Despite the narrow margin Mr Little is confident he has the full support of his caucus to lead the party.

Mr Little told Morning Report he will continue with the blunt style that has got him where he is, and will concentrate on issues that matter to New Zealanders.

"My focus will be on the issues that actually New Zealanders are telling me that they're most concerned about which is their jobs and whether they can increase their income and earn better and do better and get ahead."

The newly-elected leader said he won the leadership contest fairly and was now determined to make sure there was unity in his caucus.

"We all knew that this race was too hard to call. What I'm determined to do is make sure that the caucus is disciplined. 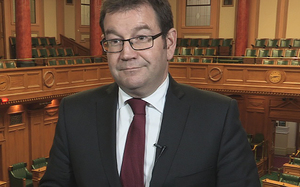 Grant Robertson said he had no issues with the way in which Andrew Little won.

Mr Robertson said after losing out on the leadership twice, he would not have another tilt at the top job. 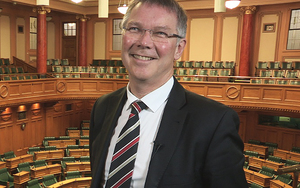 Leadership contender David Parker, who was knocked out in the second round of voting, has ruled out being deputy leader and finance spokesperson.

He said he had been doing the job twelve years and he would reflect on what he would do next.

"I've got no intention to immediately leave Parliament but I've made it clear to my caucus that I'm not interested in being deputy or finance. I've done some of the heavy lifting in the past three years and I'm ready to take a step backwards."

Which leaves the door open for the former leader David Cunliffe to make a comeback on the front bench - but Mr Cunliffe will not say whether he wants the finance job he has previously held.

"That's a matter for Andrew. I've said to all four that I would do whatever job they offered."

Prime Minister John Key has his doubts over whether Mr Little will be able to fix the inherent problems in Labour.

"It depends on how good a job he can do, and whether he can unify them, but the Labour Party has been divided for a long period of time," he said.

But Labour MPs are united - for now - in their support for Andrew Little.

List MP Sue Moroney said Andrew Little had a long history in advocating for people and giving them a voice.

A former leader, Phil Goff, said Mr Little had a lot of experience in rebuilding organisation, having done that with the EPMU.

Ikaroa-Rāwhiti MP Meka Whaitiri said she loved the idea that Andrew Little has a plan for the party.

The new leader said he would talk to all his caucus colleagues about what roles they would play in the party.