The Labour Party leadership roadshow is now in full swing, with the first campaign meeting held last night in Wellington.

It was standing room only as party members packed out a school hall in the central city to hear the four contenders make their pitch for Labour's top job. 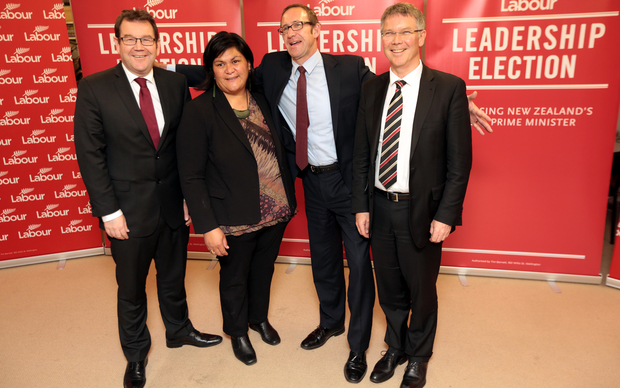 The speaking order was chosen by ballot and each speaker got seven minutes for their speech, after which was an hour-long closed session for party members to ask questions.

Labour's Wellington Central MP Grant Robertson was on home turf and got rousing welcome as he rose to start off the speeches.

He cracked a few jokes, then got down to the nitty gritty.

"We've got to start our 2017 campaign committee right now, and I want to see representatives of the party membership directly elected onto that committee.

"We want to employ regional organisers on the ground to build capacity so we are always in the community, and we must renew and strengthen our caucus, and build leaders across the party."

More on the Labour leadership campaign

Next up was Nanaia Mahuta - who acknowledged that she was not well known and said that some people might write her off in the leadership contest.

But she told the crowd that the challenge that Labour has is not just about leadership, it is about how greater New Zealand responds to what the party stands for and whether it is listening to them.

"If we have to go through this election review so that we can ask the serious and honest questions of ourselves.

"The challenge is about how we build a team that is authentic to the values and the messages that matter to the people that you interact with - to our Labour whanau."

David Parker was clear that Labour must stop looking inward and reconnect to the people that left it.

He said that Labour is the party born of working men and women, but those people no longer see their future with Labour and he also urged the party to reach out to contract workers too.

"They don't get sick pay, they don't get holiday pay, they pay their own ACC levies, they have unfair terms in their contracts that say they can't organise with the people that are working alongside them for better conditions because that's a breach of their contract. We've got to meet their needs - we currently don't."

But it was the final speaker Andrew Little who gave the most critical assessment of Labour's current plight.

He said if Labour's not in Government it cannot make change for workers, and it will not get into Government if it does not put its own house in order.

"We have a caucus that is not cohesive, that does not communicate effectively between each other - and it's not about the talent in caucus. You only have to be down at Parliament this afternoon to hear the amazing maiden speeches of our three new MPs to know that we have talent to burn. We've got to harness it, but we don't do that.

"We've have a party that needs some change in it. I've been the party president, I know some of the issues inside the party - we have parts of the party that don't talk to each other."

There are 13 more campaign meetings being held around the country.

Voting closes at midday on 18 November and the new Labour leader will be announced that afternoon.