Two Labour leadership contenders had a personal advantage last night when the contest reached Dunedin - they brought their mothers. 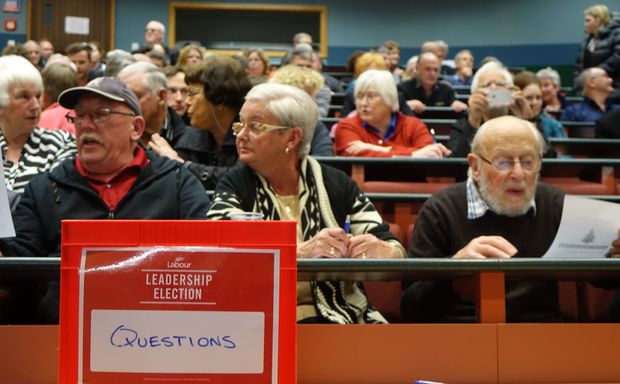 The meeting was the fifth of 14 members' meetings around the country as Labour chooses its fourth leader in three years.

From the singing of the song 'Tutira Mai' ("line up together") to the candidates' stump speeches, the theme of last night's meeting was connection.

Reconnecting with estranged Labour voters, in this particular case, started with 200 party faithful in a College of Education lecture theatre in Dunedin.

Three of the four candidates emphasised their connections to the city.

David Parker is based in Dunedin and Grant Robertson is from there.

Nanaia Mahuta said she too felt nostalgic in Dunedin.

"Dunedin represents for me where my working class roots started, why I believe in Labour, and how the values within my own home have been affirmed.

"No, I didn't grow up here, I didn't even study here. My parents met here."

The speeches were like those given at all the members' meetings so far, with each contender pitching their vision for how Labour must change and making the case for why they are the person who can rebuild the party's standing.

But two candidates had at least one person in the audience last night who knew them better than any average party member ever would. 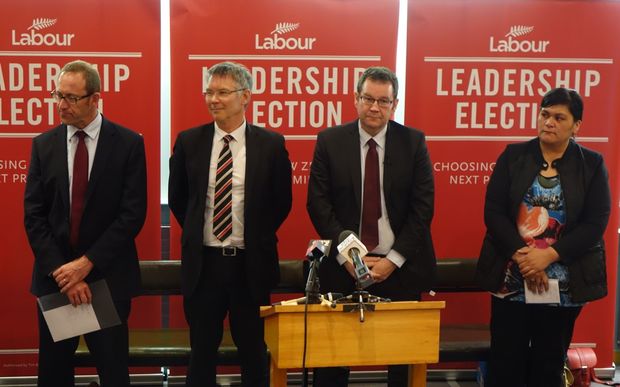 "It's a big thing, a big responsibility and it's a huge time-consuming position.

"I'm very proud, I think he's brave, and I really do think he is an honest guy."

"It's in his blood, he grew up with it, he has had a very political family. A grandparent and myself, we've always been political."

Ms Wilkie said she would like him to reach the position of leader, and that he would make a good Prime Minister, though she said she would feel apprehensive until he was accepted in the role.

Young Labour too was out in force for Mr Robertson, with about 10 students giving out his pledge card to party members as they arrived.

A member of the group, Jared Griffiths, said a few members were supporting Ms Mahuta, but most were backing Mr Robertson and his pitch for a new generation of leadership.

"He is someone who is not just about window-dressing, but he engages with you, he follows up, he speaks to you, and I think he delivers."

Many people in the audience had been at the first leadership roadshow a year ago, which led to David Cunliffe's selection as leader.

This time, they appeared to be finding the decision more difficult.

One woman said she felt it was a contest between three individuals last time but this time there were four members of a team who all wanted to be Prime Minister.

There will be nine more meetings like this from Invercargill to South Auckland before Labour's next leader is announced on 18 November.