A day after the National Party announced it would cut taxes in 2017, child poverty campaigners say it will do nothing to help New Zealand's poorest children.

The Child Poverty Action Group (CPAG) released its latest report today, calling on all parties to agree on a strategy to eliminate child poverty. But Prime Minister and National Party leader John Key dismissed calls for more funding for poor families, saying it is better to get them into work.

One of the authors of the report, Professor Innes Asher, said today that cutting taxes is not the solution.

"Tax cuts for the rich which National has already brought in is a problem for New Zealand. That really didn't trickle down to help low income people, so I'm very sceptical about talk of tax cuts from this Government and it's really a distraction from the real issue which is low income families need more income, an adequate income, to look after their children."

The report, "Our children, our choice", comes 20 years after the Child Action Poverty Group was set up by people worried about growing levels of inequality and child poverty in New Zealand. The group emerged mainly in response to the then National Government's 1991 Budget, which made big cuts to benefit levels. 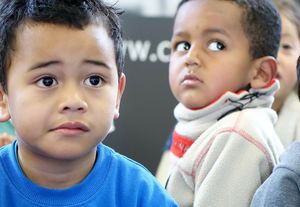 In 1994, the Child Poverty Action Group modelled itself on it British counterpart which had campaigned against Conservative Prime Minister Margaret Thatcher's attacks on the welfare state during the 1980s.

Its latest report was launched at Mt Roskill Kindergarten today as young children laughed and played outside. It brings together five policy papers on health, early childhood care and education, compulsory schooling, housing and household incomes. Each paper gives an overview of the current situation for the poorest children in New Zealand and makes key recommendations on policies to reduce child poverty and mitigate its effects.

The group argues for a multi-party agreement on a strategy to combat child poverty. It says children should be at the centre of all parties policies and they compare the way children are treated with the way policies take account of the elderly. For instance, increases in New Zealand Superannuation are linked to increases in the average wage while benefits increase only at the rate of inflation.

Another author of the report, Susan St John, who is Associate Professor of Economics at Auckland University, says the discriminatory nature of the Working for Families tax credits should be removed. She says beneficiary families should get the tax credit - not just working families.

CPAG believed child poverty was a moral and ethical issue, and any real and sustained change to our unacceptable child poverty rates must be underpinned by a cross-party agreement, she said. 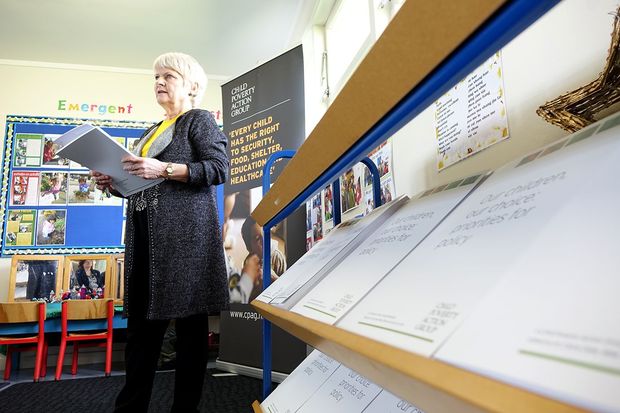 "(Prime Minister) John Key says he is confident his Government has done all it can for child poverty, yet community groups are overwhelmed by the needs they see every day. To make it worse, Government has even implemented punitive sanctions for some beneficiaries with children.

It would cost $450-$600 million and would be a cost-effective way to help struggling families, Ms St John said. "Now is certainly not the time to talk about income tax cuts."

Benefits were falling behind normal living standards because they were not adjusted, she said.

Susan St John says it is also time to stop arguing about whether poverty exists or how bad it is. She says a range of statistics clearly prove than too many children - at last count 260,000 - live in poverty, while of those 200,000 are in extreme poverty.

Professor Innes Asher, a paediatrician, says too many children are in extreme poverty.

"They're cold. They're hungry. They can't learn. They don't go to the doctor when they need to. They're stressed. They're chronically stressed because the parents are stressed and that stress has a long lasting effect on their whole health and wellbeing and their ability to manage their lives.

"This is a terrible thing that we've got so many children living in a stressed situation in New Zealand. This is a shocking situation. It doesn't need to be like this. It can all be changed," she says.

Better to get people into work - Key

National Party leader John Key disagrees with the Child Poverty Action Group's proposals, saying the best thing the Government can do is get people into work.

As soon as someone moves from a benefit to a job they are immediately better off, he said.

"It's a notion that some people on the Left might believe that just giving a bit more money will make a difference but there's no evidence to demonstrate that.

"What really makes the difference is employment and employment opportunities and we are the political party that's committed to making sure we have a strong economy."

Child poverty campaigners do not reject the need for a strong economy, nor the benefits of work. But they point out that two out of five children in poverty come from working families.

CPAG also supports policies - including lifting the minimum wage - aimed at improving all incomes - and today urged people to vote for those political parties committed to reducing child poverty.