The Green Party is challenging other left-wing parties to back its plan to end child poverty to prove they are prepared to make the bold changes necessary.

The Greens want to tax all income above $140,000 at 40 percent with the more than $1 billion raised going toward reducing child poverty. It would also raise the trust tax rate to 40 percent. 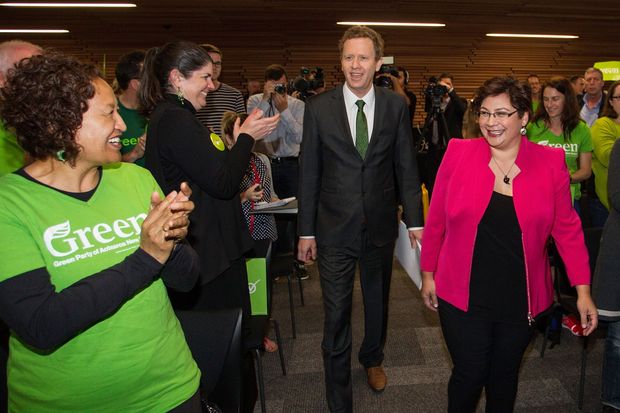 While Labour won't criticise the Greens' plan, the party says it has already struck the right balance. It announced its tax policy two months ago, proposing a top rate of 36% on income above $150,000.

Labour leader David Cunliffe says he is confident that his party can lift New Zealand children out of poverty under its fiscal package.

"We are determined to lift New Zealand children out of poverty. We can do that within a fiscal package that is balanced where we run surpluses every year and pay off National's debt - that's why we've set the tax rates where we have."

The Greens laid out their plan at the party's campaign launch in Auckland yesterday. Co-leader Metiria Turei told supporters the new tax rates would raise over $1 billion while affecting only three percent of taxpayers.

The revenue would enable the expansion of the current Working for Families in-work tax credit to also cover beneficiaries and students. Ms Turei said that would mean an extra $60 a week for up to 150,000 families.

The Greens would also extend the Parental Tax Credit to beneficiaries with new-borns, who are missing out at present, saying that would be worth about $2200 to about 13,000 new-borns a year.

Economic development spokesperson Steven Joyce said the Greens' plan would slow down the economy, reducing jobs and putting more people on a benefit.

The Auckland Chamber of Commerce also criticised the policy, saying it sends a bad signal to businesses. Chief executive Michael Barnett said the Greens would punish people for succeeding, creating jobs and contributing to growth.

"It's a real Robin Hood type economy - taking from those that are prepared to work hard and create wealth in an economy, and distribute it elsewhere."

He believed that wealthy investors will simply leave the country to avoid being penalised.

But Green Party co-leader Metiria Turei says New Zealand's top tax rate is the seventh lowest in the OECD and at 40 percent, it will remain one of the lowest rates.

Co-leader Russel Norman says the wealthiest 3% of New Zealanders should feel proud to pay a little bit more to help feed and clothe the poorest children.