EXCLUSIVE - Panama Papers NZ - Locked up in a Brazilian prison, accused of bribery in one of the country's biggest corruption scandals, Joao Procopio saw one way out.

He struck a deal with prosecutors. In return for his release last year, Procopio spilled the beans on how he'd moved almost $30 million in kickbacks offshore.

Swiss bank accountants and loose tax rules in a number of countries allowed him to hide the money trail.

One of those countries was New Zealand - Procopio set up a limited partnership called Santa Tereza Services, registered to an Auckland address.

The firm was part of an intricate structure of offshore companies now implicated in a huge Brazilian bribery scandal - known as Operation Car Wash - and a controversial bid to redevelop an African port. 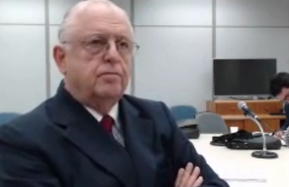 Their office in Sao Paulo was raided by police in 2014. A huge tranche of incriminating documents - including Swiss bank account statements - revealed the link to Santa Tereza Services.

Leaked documents from Panama law firm Mossack Fonseca appear to detail one such deal. In 2013 Santa Tereza was used to make two unexplained payments related to a bid to win the $400 million contract to redevelop Walvis Bay port in Namibia.

OAS was in the running for the multi-million dollar bid. The money - a payment of $US1 million, and another of $50,000 - went through a Panama company, registered to former Trinidad and Tobago politician Ken Emrith.

Mr Emrith also worked for OAS in the Caribbean.

The payment was supposed to be for a technical study which would determine the price of the port development. 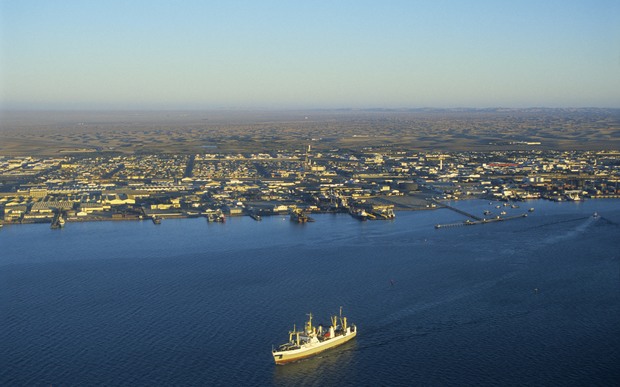 How it all unravelled

Procopio had employed another New Zealand company Trustee.net.nz to form Santa Tereza Services and its UK based general partner, Santa Clara Private Equity LLP. Procopio told them that he wanted to build a hotel for the Olympics in Rio de Janeiro.

Bruce Sheppard - a well-known accountant and champion of cleaning up board rooms in a former role as chairman of the Shareholders Association - is a director and shareholder of Trustee.net.nz.

Mr Sheppard said after a while Procopio was slow to provide statements and in 2013 they became concerned about "transactions within the bank accounts that were not in line with what he undertook these structures would be used for."

The hotel never materialised, so Trustee.net.nz raised the alarm with authorities. However Anti-Money Laundering laws mean we can't publish any details.

Meanwhile, Mr Emrith's bank was also worried about the payments.

The Bank of St Lucia International (BOSLIL) unexpectedly closed his account and refused to allow the first transaction in August 2013.

Emails went back and forth between the bank's compliance department and Mossack Fonseca.

BOSLIL wanted to know what Mr Emrith's company was doing and an explanation for the cash. Mr Emrith - through Mossack Fonseca - supplied a technical study on the Namibian port to the bank and a contract with Santa Tereza and was eventually paid in late 2013.

In the end, the Namibian government rejected the bid by OAS.

Mr Emrith didn't respond to our requests for comment.

Mr Sheppard said Procopio presented as a plausible client - and they went to extra lengths to prove he was legitimate.

He said Procopio was introduced to his UK-based partner by "an international banker of repute" and a Brazilian barrister vouched for the business man.

"Initial inquiries in the Brazilian economy indicated this man to be well-qualified, wealthy in his retirement years, holding public company directorships, in short a respected business person."

Mr Sheppard's partner even went to Brazil to meet Procopio. "And of course we cited all of the identification documentation that was required under the anti-money laundering [regulations]." 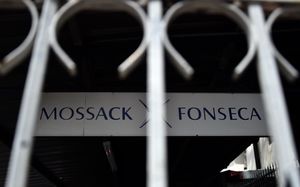 He said Trustee.net.nz was "not a shareholder or a manager…we had no involvement in any of the transactions of the structure. It is like a lawyer forming a company."

"It is very difficult when you have someone who looks respectable at the front end of the business, who is making the right noises about doing proper and decent business, that then suddenly goes quiet."

Mr Sheppard said Trustee.net.nz was formed to help ex-pat Kiwis returning to New Zealand. "But what we also found is that these structures are a cowpat - they attract flies."

He said the New Zealand regime can still work - he wants all firms to publicly disclose their financial accounts on the Companies Office website, which is not the case now.

"In New Zealand, these entities have complete secrecy and sunlight is the best disinfectant."

Cabinet ministers are expected to receive a report on foreign trusts tomorrow, and Prime Minister John Key has signalled the disclosure rules may be tightened.

Santa Tereza Services was de-registered in July last year. A spokesman for the Ministry of Business, Innovation and Employment said it did not comply with rules that require a general partner live in New Zealand.

"Neither the Registrar nor MBIE had any knowledge of the activities of Santa Tereza and, therefore, no investigation was undertaken," the spokesman said.

IRD refused to say if they were investigating Santa Tereza Services or Trustee.net.nz.

A spokesman cited privacy reasons. "These types of questions all fall under the taxpayer secrecy provisions in the legislation we operate under, so we're unable to comment."