Mediaworks, like nearly every commercial media outlet not owned by a philanthropic billionaire, has been in financial trouble for years. 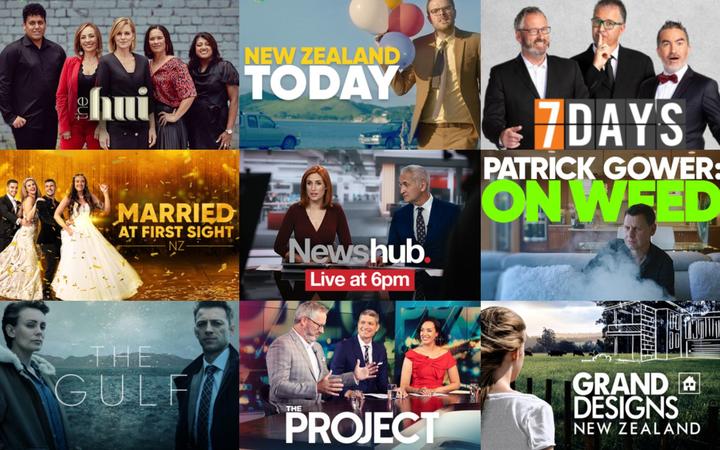 Some of the many programmes featured on Three in 2019. Photo: TV3

So much so that in 2011 they were unable to pay their frequency licenses, resulting in a $43 million debt to the Crown that was characterised by critics as a sweetheart loan from then Communications Minister Steven Joyce to his old firm - Joyce founded RadioWorks, which he sold in 2001, long before entering Parliament.

This, coupled with the shift of strategic direction under former CEO Mark Weldon, the cancellation of Campbell Live, Patrick Gower's tenure as political editor, a strong focus on reality TV programming, and more recently, the appointment of increasingly reactionary opinion-mongers Duncan Garner and Mark Richardson to host The AM Show, has blended into a conspiracy theory of sorts in some circles: TV3 hates the left, because [pick as many as apply]: sweetheart loans; access journalism; clickbait; reality TV; bogus "news" intended to promote reality TV properties; Patrick Gower/Tova O'Brien; Rachel Glucina; capitalism; foreign ownership; opinion polls; add your own as necessary.

And so at the news today that Mediaworks intends to break its TV division off and sell it by year's end, we have some cheering at the prospect of our screens being rid of the Garners and the Richardsons, on social media, at least. There are two problems with this line of thinking: one trivial, and one not so.

The trivial problem is that in the current media environment (and not just in TV) opinion-mongering is profitable, and the rest of it is not. This is not strictly and always true, but generally: it is cheap to produce, habit-forming among its audiences, and it gets lots of eyeballs and earballs and clicks that the group uses to fund its more serious and meritorious programming.

This value inheres to a large extent in the talent: yes, Garner and Richardson, and capable offsiders Amanda Gillies and Aziz Al-Sa'afin, who often give as good as they get. These people will never be short a job, because they deliver what advertisers crave. So the cheering on that front should be short-lived.

The deeper problem is about sovereign productive capacity. This term typically refers to a state's ability to produce things like food, fuel, building materials, and munitions without foreign assistance - but here I refer to cultural production. Three has, down the years, been a stalwart and ambitious supporter of sovereign cultural prodictive capability in Aotearoa, often putting the nominal state broadcaster TVNZ to shame.

"Things will never be the same," sang Dave Dobbyn at its launch in 1989, and it was not - two minutes later the new broadcaster aired a mihi whakatau and karanga welcoming Governor-General Sir Paul Reeves to launch the channel, which he did with a brief speech in te reo Māori of his own.

Only five years after the controversy over Naida Glavish daring to answer the phone at Telecom with "kia ora", this was a bold statement: here is a TV channel for us.

And for decades, they delivered on those promises, commissioning and airing NZ content others feared to support, and taking risks to stay ahead of the state broadcaster.

Sometimes the risks they took were unlovely - but for every Melody Rules there was a Billy T James Show. They aired The Simpsons: a signal that TV would no longer be just for middle aged men in brown suits. Later they gave us Outrageous Fortune and more recently Westside, two decades of Antonia Prebble for which we should all be grateful.

They put NZ comedy on air: 7 Days and the Jono and Ben Show were often criticised as being part of the cross-subsidisation model, but really, who cares? How else does a country come to know its Dai Henwoods and Urzila Carlsons? We can't all fit in The Classic, where these shows originated and where the hard work of being intentionally funny still goes on week in and week out. And they air the Billy T awards, with its iconic yellow towel, and Funny Girls.

Three innovated relentlesly in news and current affairs, turning Nightline into a battleground timeslot, and most famously giving John Campbell his head for a decade of Campbell Live. They put food on the table of Mike McRoberts, Hilary Barry, David Farrier, Ali Ikram, and countless others, and kept them here when any of them might have gone on to fame and glory overseas.

Alex Braae at The Spinoff gives a brief sample of Three's outstanding contributions to political journalism, and makes another important point: How can an approximate halving of TV journalists holding the government to account, following as it does on successive rounds of retrenchment across all major media, ever be cheered by anyone who cares about good government?

The talent and productive capability brought up by all these shows and the system that supported them has made us richer in unquantifiable ways. But there are also some quantifiable ways: TV and ad production capability feeds directly into our billion-dollar film industry.

While it is fashionable to hate on Peter Jackson and his film empire these days, this is how half the world knows us. Nobody else is going to make NZ film and TV: we have to do it. To do it, we need media professionals, and to train media professionals we need a thriving and competitive media environment. This is a patrimony too valuable to be thrown away out of scorn for Duncan Garner and Mark Richardson.

There is speculation that Spark, fresh from poaching the rugby and cricket off Sky, will buy Mediaworks's TV unit at what look like fire-sale prices. I hope they do so, because the alternative is TVNZ lapsing into the complacent impunity of state funding in the absence of direct competition. Even if they keep airing idiots for people to get outraged at over their cornflakes, it'll be worth it.

*Lew Stoddart is a media analyst. He writes for Kiwipolitico.