Analysis: The botched census brings down a chief executive, there's another wave of speculation about Christopher Luxon standing for National and NZ First could sink an attempt to reverse the ban on prisoner voting. 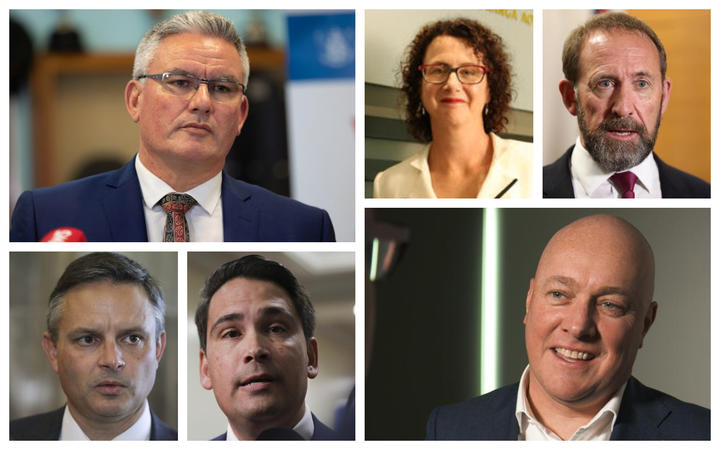 The release of the inquiry report on the botched census and the resignation of chief statistician Liz MacPherson provoked the most intense political clash of the week.

The report on the 2018 census revealed numerous problems with the first online survey ranging from IT problems - what a surprise - to planning failures and inadequate staffing.

It concluded one in 10 people were missed out and the Māori response rate was down 20 per cent on the previous census. The staffing level was 40 per cent of that used in the 2013 census. "We just didn't have enough boots on the ground," Ms MacPherson said.

A vast amount of remedial work had to be carried out and the first data is due to be released next month, nearly a year late.

The previous government signed off on New Zealand's first online survey and told Statistics NZ to cut costs, but despite that National's leader Simon Bridges laid the blame squarely on the present government and Statistics Minister James Shaw.

The issue was entirely about the way it had been carried out and Mr Shaw had been "asleep at the wheel," Mr Bridges said. On Morning Report he went further than that, questioning the credibility of all the data the department gathers.

An incensed Mr Shaw accused Mr Bridges of being prepared to "burn the house down" in a bid for power and rejected all his accusations. "Their success ratings for the information they put out on a weekly basis is between 99 per cent and 100 per cent," he said. "And when they do have errors they correct them, they publish the methodology, they get them third-party reviewed."

Renewed talk of a political future for Air NZ CEO

The census data will be used to set electorate boundaries for next year's election, and Mr Shaw said it was up to standard. Mr Bridges doesn't accept that, saying hundreds of thousands of people weren't counted. "It seems to me on that basis it would be hard to run new electorate boundaries." Mr Shaw challenged him to test the boundaries in court.

One electorate in particular was in the news this week after National's deputy leader Paula Bennett announced she will stand as a list MP next year. She's going to head her party's campaign committee and her decision frees up a safe National seat, Upper Harbour in Auckland.

That provoked another surge of speculation about the future of outgoing Air NZ chief executive Christopher Luxon.

He could slot nicely into Upper Harbour, it was said, although National hasn't actually spoken to him about whether he would like to be a candidate. Ms Bennett said the selection would definitely be contested, but the notion persists that Mr Luxon could be parachuted into the seat, easily win it, take over the leadership of the party and become the next prime minister.

It's true that Sir John Key did something very similar but putting Mr Luxon into the same scenario is somewhat premature, considering he hasn't said anything about his intentions.

The fact that even the possibility of him getting into Parliament has been linked to the party leadership shows the perceived lack of depth in National's existing front bench when the time comes to replace Mr Bridges.

NZ First may settle issue of voting rights for prisoners

Within the government, another potentially difficult situation arose this week as Justice Minister Andrew Little signalled his desire to overturn the ban on prisoner voting. It was imposed by the previous government through a member's bill and could be reversed the same way. Green Party MP Golriz Ghahraman has said she will put up a bill to do that.

National will oppose it, which means NZ First will decide the matter.

Leader Winston Peters says his caucus will discuss it on Tuesday but there's no assurance a firm decision will be made. The party is traditionally tough on crime and punishment, and blocked Mr Little's attempt to repeal the three strikes law.

This time, however, the minister has the Supreme Court and the Waitangi Tribunal on his side. They have both decided the ban should be repealed, but that won't necessarily impact on Mr Peters' position. "There are certain aspects of it which don't make any sense no matter what your view on law and order is, or what your view on punishment is," he said. That needs to be explained and perhaps on Tuesday it will be.

Another matter involving crime and punishment that arose this week was the way a letter written by the man accused of the Christchurch mosque attack had appeared on a right-wing message board reported to be popular with white supremacists.

Corrections chief executive Christine Stevenson issued an unreserved apology and admitted she didn't have confidence in the process used to assess mail.

That's under review and in the meantime Corrections Minister Kelvin Davis has ordered his department to immediately put in place a new process for checking the man's mail. The law allows prisoners to send out letters which have been vetted but the decision-making process "just wasn't enough", the minister said.

Cabinet will discuss the issue on Monday.