National Party leader Simon Bridges says the outgoing head of Stats NZ should not be a scapegoat for the botched census and accused Minister of Statistics James Shaw of being "asleep at the wheel". 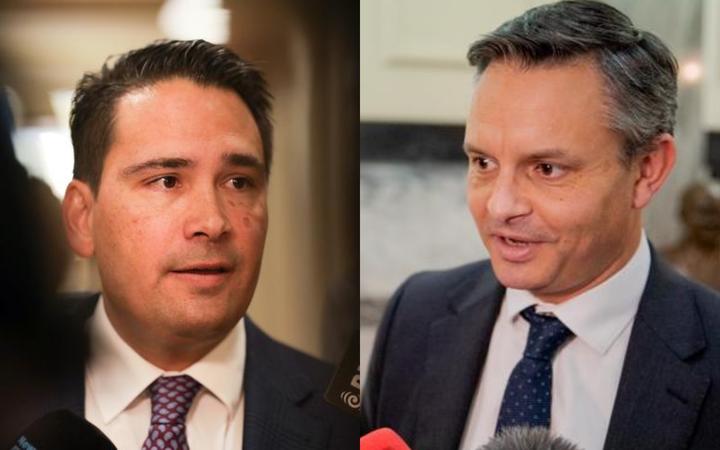 Government Statistician Liz MacPherson announced her resignation yesterday after a critical review highlighted the failings of the 2018 census.

The report by two independent reviewers found problems with delays, communication and the IT delivery service.

The review also found that just 68.2 percent of Māori participated in the 2018 census, down from 88.5 percent of respondents in 2013. The response rate from Pasikifa people was just 65.1 percent down from 88.3 percent. Government officials acknowledged that this compromised figures which were to be used to inform policies relating to areas including health, education and Māori affairs.

Mr Bridges told Morning Report Mr Shaw should have done more to ensure the census was on track and should have asked more questions of Stats NZ, instead of letting things spiral out of control.

"He was asleep at the wheel. He expressed blind confidence when concerns were raised. To give you the contrast, Maurice Williamson as statistics minister in 2013 for that census had 18 meetings on the census six months prior. Shaw didn't have a single one. He had meetings on other things, measurements of our feelings, wellbeing and the like, but not the core business of the census."

Ms MacPherson acknowledged when resigning yesterday that Stats NZ had been "too optimistic, placed too much emphasis on the online census, and did not have robust contingency plans".

Mr Bridges said there was nothing wrong with the strategy itself, which National Party ministers had been involved in formulating, but that its execution had been lacking and that it had been correct for Ms MacPherson to resign.

"It wasn't about going online, in fact Australia has done very much the same thing and it all went just fine, it was the execution of that and the report makes that clear," he said.

"A minister isn't just there to eat their lunch and James Shaw needed to be part of it and not just showing an interest, but making sure it was on track and he didn't."

Mr Bridges said as a result he didn't believe the data would be robust enough to help redraw electoral boundaries and said these should stay as they were for the time being. He said the 2013 census presented more reliable data.

Swings in Stats NZ data in general, and particularly with Gross Domestic Product (GDP) figures, was also a worry, he said.

"We need to ensure that Statistics New Zealand is doing an incredibly good job and the minister needs to ensure that's happening and we need to have confidence in them."

Mr Shaw rejected Mr Bridge's comments and accused him of undermining the credibility of the statistics agency as part of a broader strategy of playing dirty in an attempt to win the next election.

He said census information could be used with confidence to set electoral boundaries and that methodologies of collating more accurate data were being constantly revised.

He told Morning Report the general population data was more reliable than previous census counts and that statistics releases were overwhelmingly accurate.

He said it was Mr Bridge's problem if he lacked confidence in the data and in any new electoral boundaries that may arise from these.

"I have no faith in what Simon Bridges has to say - it's purely political, it's purely theatre."

He said census information on Māori had been remediated by including other government statistics from the Integrated Data Infrastructure (IDI), which included ACC figures and tax records.

Mr Shaw admitted the statistics agency's leaders were not telling him how serious the issues with the census were while the count was under way.