Opinion - After years holed up in the Ecuadorian Embassy in London, time is up for Julian Assange, founder of WikiLeaks and superstar whistle-blower and computer-hacker.

Assange was arrested on Thursday morning at the embassy after Ecuador's President, Lenin Moreno, withdrew asylum granted to him in 2012 by his predecessor Rafael Correa. 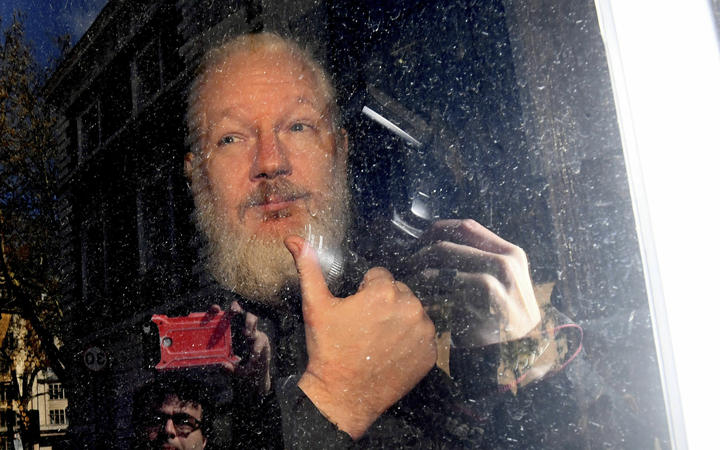 This U-turn has enabled his arrest for skipping bail, after fleeing to the embassy to avoid being extradited to Sweden to face charges of sexual assault. These charges have since been dropped but the main reason for Assange's actions was the risk of extradition to the US on charges of espionage. They go back to 2010 when WikiLeaks first hit the world's headlines by making thousands of classified documents and videos available on its website.

WikiLeaks, founded by Assange, has been at the epicentre of changes in how journalists and media organizations work, now dependent on internet-based tools and networks.

The release of video footage of the US military killing civilians and Reuters correspondents from a helicopter in 2010; the classified files that Chelsea - formerly Bradley - Manning (released in 2017 after serving seven of a thirty-five year prison sentence in the US) passed on to Wikileaks exposing military misconduct in Afghanistan and Iraq; Edward Snowden's whistleblowing on bulk online surveillance by the US and its Five Eyes Alliance partners in 2013. All these would be unthinkable without Wikileaks.

As the UK Centre of Investigative Journalism wrote after Assange's arrest, WikiLeaks pioneered new approaches to accessing and publishing "classified media ... from Iraq, Afghanistan and elsewhere ... [becoming] a unique, invaluable resource for investigative journalists and scholars.

"Its innovations - from cross-border, collaborative reporting to systems for secure, anonymous leaks - have been borrowed by almost every major news outlet in the world."

We may not like Assange's public demeanour, or WikiLeaks' hi-tech approach to exposing wrongdoing on the open web, and on a scale and speed unknown heretofore. But confusing the persona "Assange" with the impact that this organization has had on news reporting, journalistic practice, and any other sort of research, masks the chilling effect that his arrest, and possible extradition, can have on media freedoms and civil liberties.

Whatever his personal flaws - accused of "narcissism" by the presiding judge on Thursday (as if this has any legal bearing on his right to due process, or asylum) - what happens next has implications for the healthy functioning of any democracy based on international, regional and national human rights law offline and, increasingly, online: the right to freedom of information, to a fair trial, and to asylum to name but a few.

However controversial WikiLeaks may be, and as the CIJ also noted, WikiLeaks is a publisher.

"Any charges now brought in connection with that material, or any attempt to extradite Assange to the United States for prosecution under the deeply flawed cudgel of the Espionage Act 1917, is an attack on all of us."

If Assange is indeed extradited then his fears will have been well-founded, whether or not he can successfully contest this order as did another high-profile hacker/whistle-blower, Lauri Love, in 2018.

Disapprove of the man if you will but remember that if the fundamental rights and freedoms of the one cannot be protected in this case, then those of the other are also under threat. To borrow from Martin Niemöller's much-cited poem; one day they might come for you and there may well be no-one left to speak for you either; online or offline.

* Marianne Franklin is Professor of Global Media and Politics at Goldsmiths, University of London (UK). Former Chair of the Internet Rights and Principles Coalition she is Visiting Fellow at the Department of Commercial Law, University of Auckland Business School.