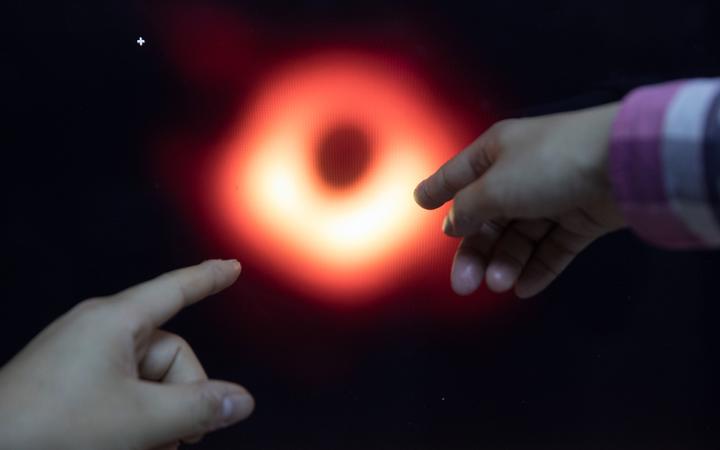 Chinese researchers discuss the imaging methods of the image of the black hole in Shanghai Astronomical Observatory. Photo: AFP

It is not so much that a black hole has mass, rather, the black hole is a pucker in the fabric of space, a cosmic belly button that is the memory of where mass once was, before it fell out of our observable universe.

But yesterday we saw the first ever images of an actual black hole - pictures that are not only cutting-edge science, but the culmination of 200 years of speculation and theory finally being confirmed by observations.

The idea of a black hole can be traced to a calculation by English "natural philosopher" John Michell in 1783. Along with his contemporaries, he imagined light as a stream of particles and, pulling on a loose intellectual thread, Michell asked how big a star would need to become before not even its own light could escape its clutches. That is, when would the gravitational field of a star become so strong that, rather than setting off into the distance, light would fall back to the stellar surface?

To answer this, imagine building a vast, imaginary Lego star out of sun-sized bricks. To make a "star" 500 suns across you need 125,000,000 bricks - that's 500x500x500 in volume. The resulting star would thus weigh in at 125 million solar masses and, as Michell calculated, this giant's gravitational field would be so strong that not even light could escape its grip. Michell dubbed these hypothetical monsters "dark stars" since they would be invisible to the outside world.

But his work was far too far ahead of its time, and it lay dormant and largely invisible in the scientific literature for most of the next two centuries. 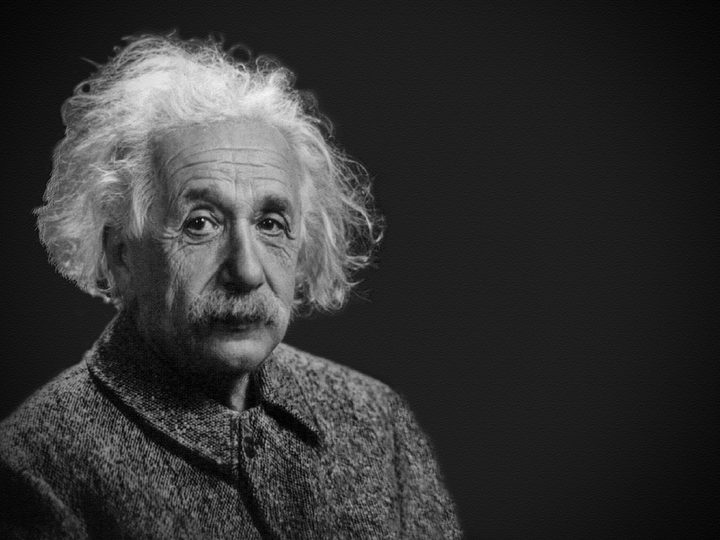 The story moves ahead in 1915, when Albert Einstein wove space, time and gravity into a single fabric with his general theory of relativity.

Working in Berlin, at the heart of an empire locked in a global conflict, Einstein hammered out a set of equations that explained gravity as the stretching of spacetime by massive objects. To derive the gravitational field of a star in Einstein's theory you begin by mentally shrinking it to a single idealised point. The math tells you that close to this imaginary point light itself cannot escape into the world beyond.

To the outside observer, the edge of this mirror world is the event horizon, marking the external boundary of what we now call a black hole. But for a star to turn into a black hole it must collapse from its present size of millions of kilometres to the point where it just a few kilometres across.

Thus, from the Einsteinian perspective, black holes are the endpoint of a collapse in contrast to the vast dark stars extrapolated by Michell.

Einstein himself believed black holes were a mathematical curiosity that could never be realised in nature. However, as the study of relativistic astrophysics blossomed in the early 1960s, the existence of actual black holes was taken increasingly seriously.

New Zealanders at the centre of black hole study

Two New Zealanders were at the epicentre of this new field. One of them, Beatrice Tinsley, went on to do fundamental work on the evolving universe. The other, mathematician Roy Kerr, solved Einstein's equations for a spinning black hole.

Nothing escapes the event horizon, so a black hole conceals all memory of whatever collapsed to create it. Outside observers can discern only its mass and spin - and almost all astronomical objects rotate - and black holes inherit the spin of its progenitors. The equations Kerr discovered are an abstract, idealised description of nature, but one which captures the dynamics of almost all the actual black holes we can hope to observe.

The first black holes to be discovered were 10 or 20 times the mass of the sun; the husks of massive stars that burn fast and quickly die. But there is a second category of black hole in our universe - each galaxy like our Milky Way is believed to have a supermassive black hole at its heart which is millions or even billions times more massive than a single star. (It is a beautiful coincidence that these supermassive black holes are a similar size to the "dark stars" imagined by Michell more than 200 years ago.)

Twenty years ago, several scientists realised that these giant black holes might be explored with earthbound telescopes and their vision was realized by the Event Horizon Telescope. This "telescope" is a network of radio telescopes stretching from the South Pole to the Andes to Europe whose output is stitched together to make them operate as a single instrument. The ability of a telescope to see fine detail grows with its size, and this virtual telescope is literally as big as the earth itself. Astronomers love comparisons, and the EHT media event was no exception - we were told that the image released shows fine detail that is equivalent to reading the date on a coin in Washington DC using a telescope in Los Angeles. 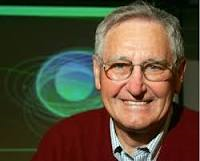 The EHT was trained on the centre of our own galaxy, some 25,000 light years away, and the heart of a giant galaxy, Messier 87, some 55 million light years from earth. The central black hole of the Milky Way is known to be about four million times that of the sun; the monster at the heart of M87 is six billion times more massive than our sun, potentially one of the largest black holes in the universe. Despite its distance, its size ensures that is potentially visible and, as it turns out, it is this object for which we have clear results.

It is paradoxical to speak of "seeing" a black hole. What we actually see is a disk of matter outside the event horizon, rotating at close to light speed caught in the grip of an intense gravitational field: a spinning vortex around a cosmic plughole. This disk glows hot, but the black hole warps the space around it, and light emitted from the disk follows curved and complex paths as it climbs away from the hole and into intergalactic space.

Our image of the disk is warped by the invisible mass at its centre, with the black hole revealing itself through the "shadow" it casts on its surroundings. Remarkably, the detailed image released yesterday matches expectations from Kerr's mathematical description of a spinning black hole. Just as Michell himself realised over 200 years ago, black holes are invisible to the eye, but reveal themselves via their gravitational impact on their surroundings.

A leap into the unknown

This is an iconic image, marking a new era for both astronomy and fundamental physics. From here we can further explore the immediate environment of the largest black holes in the universe. It is also a story of extremes - we have validated our deepest ideas about the physical world by testing them in the most intense environment we can imagine.

Most of all, to me, this image is a breathtaking example of how physics can make huge leaps into the unknown - and the long-thought unknowable - by extrapolating rules governing our tangible, everyday world to circumstances far beyond any possible human experience.

However you look at it, it's a stunning achievement.