WikiLeaks says high-level sources within Ecuador are signalling that Australian Julian Assange will be expelled from the country's London embassy within "hours to days". 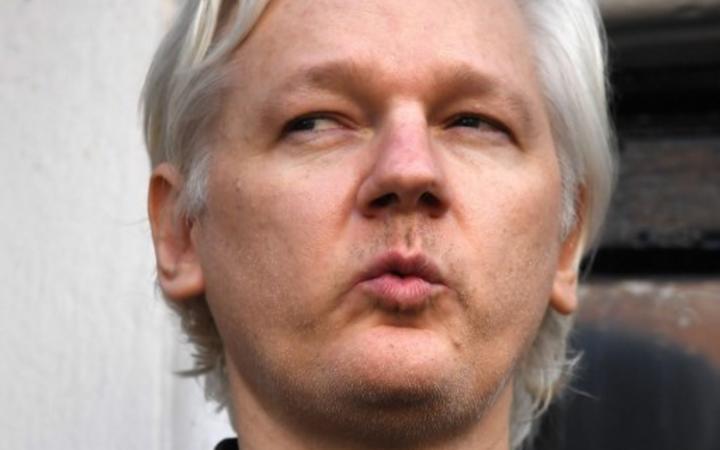 In a tweet, WikiLeaks said Ecuador already had an agreement with the United Kingdom for Mr Assange's arrest.

Another tweet, posted an hour later, confirmed it had received "secondary confirmation from another high-level source".

It has been reported that Ecuador's President is trying to surrender the Australian in exchange for debt relief from the United States.

The ABC has not independently verified the WikiLeaks reports.

Earlier this week, Ecuadorian President Lenin Moreno said Mr Assange had "repeatedly violated" the terms of his asylum in the Andean nation's embassy, his home for nearly seven years.

Mr Moreno said Mr Assange did not have the right to "hack private accounts or phones" and could not intervene in the politics of other countries, especially those that had friendly relations with Ecuador.

Mr Moreno made the comments after private photographs of him and his family at a time years ago when they were living in Europe were circulated on social media.

Although he stopped short of explicitly blaming Mr Assange for the leak, the government said it believed the photos were shared by WikiLeaks.

"Mr Assange has violated the agreement we reached with him and his legal counsel too many times," Mr Moreno told the Ecuadorean Radio Broadcasters Association.

"It is not that he cannot speak and express himself freely, but he cannot lie, nor much less hack private accounts or phones."

WikiLeaks claimed Mr Moreno's remarks were in retribution for it having reported on corruption accusations against him, although he denied wrongdoing.

"If President Moreno wants to illegally terminate a refugee publisher's asylum to cover up an offshore corruption scandal, history will not be kind," WikiLeaks said.

Supporters of Mr Assange have since gathered outside the embassy in wake of the decision, erecting tents containing teddy bears and lighting candles in protest.

Mr Assange took refuge in Ecuador's London embassy in 2012 to avoid being extradited to Sweden, where authorities wanted to question him as part of a sexual assault investigation.

That probe was later dropped but Mr Assange fears he could be extradited to face charges in the United States, where federal prosecutors are investigating WikiLeaks.

While the only live criminal proceeding involving Mr Assange is his relatively minor failure to appear in court to face the Swedish extradition hearing, Pulitzer-prize winning reporter and founder of The Intercept website Glenn Greenwald said Mr Assange would still be arrested as soon as he left the embassy building.

"He will be arrested on that charge," Greenwald told the ABC's The Signal podcast.

"And the question then is: What would the British authorities do?

"Maybe they will try to throw the book at him by making it a more serious charge that could put him in prison up to a year.

"But the bigger question still is whether the US Government will assert criminal charges against him and seek his extradition to the United States."

Relations between Mr Assange and Ecuador have grown increasingly prickly as the years have dragged on, and the Australian has faced increasing pressure to leave the embassy in recent months.

Suggesting that months of quiet diplomacy between the UK and Ecuador to resolve Mr Assange's situation were bearing fruit, Mr Moreno said in December that "the road is clear for Mr Assange to take the decision to leave".

Mr Assange last year lost his access to the internet, and a new set of rules was set, dictating that he avoid contentious political issues, clean his bathroom and look after his cat if he wanted the internet reconnected.

Mr Assange in turn sued, saying his rights as an Ecuadorian - he was granted citizenship last year as part of an apparent attempt to name him a diplomat and ferry him to Russia - were being violated.

But a judge rejected his request to loosen the new living requirements, and among other stipulations, Assange was warned that if he did not properly feed and take care of his cat, the animal could be sent to the pound.

Ecuador's government contended the requirements were aimed at peaceful cohabitation in tight quarters in the small embassy, where Mr Assange takes up more than a third of the space.

"It's clear this protocol was issued with strict respect for international law," Jose Valencia, Ecuador's foreign minister, said after the ruling.