Julian Assange is to launch legal action against the government of Ecuador, accusing it of violating his "fundamental rights and freedoms". 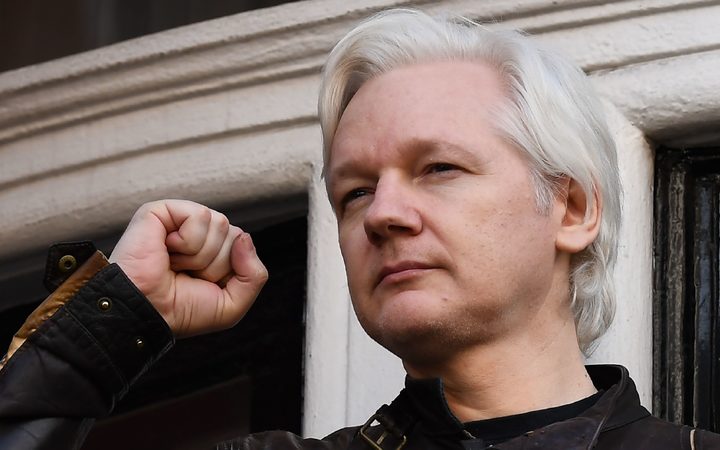 In this file photo taken on May 19, 2017 Wikileaks founder Julian Assange raises his fist prior to addressing the media Photo: AFP

The Wikileaks co-founder has lived in its UK embassy since 2012 after seeking asylum to avoid extradition to Sweden over a rape inquiry - later dropped.

He was given a set of house rules by the London embassy this week, including taking better care of his cat.

Wikileaks lawyer Baltasar Garzon is in Ecuador to launch the case, which the Press Association reports is expected to be heard in court next week.

Wikileaks said the country's government had threatened to remove the protection Mr Assange has had since being granted political asylum.

It added that his access to the outside world had been "summarily cut off".

In a memo, it threatened to confiscate the pet if he did not look after it, it said.

The embassy did remove Mr Assange's internet connection in March, accusing him of "interfering in other countries' affairs".

However, earlier this week it said it would be partially restored.

In a statement, Wikileaks said: "Ecuador's measures against Julian Assange have been widely condemned by the human rights community."

It claims the government of Ecuador refused a visit by Human Rights Watch general counsel Dinah PoKempner and had not allowed several meetings with his lawyers.

Mr Assange's lawyers also said they were challenging the legality of the Ecuador government's "special protocol" - which makes his political asylum dependent on "censoring" his freedom of opinion, speech and association.

Why is he living in the embassy?

Swedish police first issued a warrant for Mr Assange in August 2010 and he was arrested in London in December that year.

The UK's Supreme Court ruled in May 2012 that he should be extradited to the country to face two separate allegations - one of rape and one of molestation.

But Mr Assange said the claims were "without basis" and by June he was in the Ecuadorian embassy.

Ecuador granted him asylum in August 2012, saying it feared his human rights might be violated if he was extradited.

In May 2017, Sweden's director of public prosecutions confirmed the investigation had been dropped.

And in July 2018, the UK and Ecuador confirmed they were holding ongoing talks over the whistleblower's fate.

However, a warrant for Mr Assange's arrest - issued in 2012 after he failed to surrender to a court when his extradition was approved - remains in place.