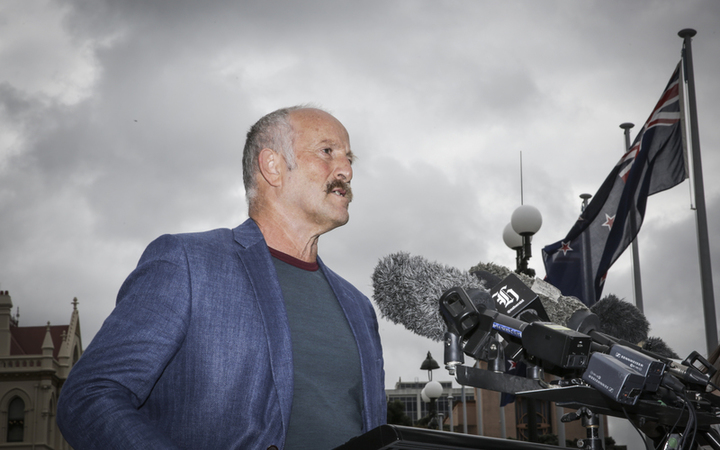 Gareth Morgan speaks to the media as he launched TOP in 2016. Photo: RNZ / Rebekah Parsons-King

Fundamentally, that is why vanity parties - like The Opportunities Party (TOP) - are not sustainable. A vanity party is one where 99 percent of the attention and power are centred on one person, the leader, because they are the person that started the party.

Vanity parties fail because they struggle to ensure the membership officer feels heard, rather than the club president getting all the glory.

TOP was originally formed in late 2016 by Gareth Morgan, in order to contest the 2017 election. As a party they received a respectable 2.4% of the vote - especially given how new the party was - however it was not enough to get them over the threshold and in to parliament. Less than one year after the 2017 election, TOP has announced that they will not be contesting the 2020 election and will be deregistering.

Vanity parties generally start with a bang and fizzle out quickly. This is because there are not solid foundations to the party. A wealthy or charismatic leader starts a party based on their own view of the world, it does not come from a group of people with a shared view of the world.

People generally join political parties because they want to be heard, want to have a say on policy and want to have a sense of ownership of making it better. A party built around a dominant central figure - like Gareth Morgan - fail to provide people in the long term with that ability.

You might be willing to be the one that sets out the morning tea for a while - but in the long term if you don't have a sense of ownership over the clubrooms as 'your club' you are unlikely to continue to do so.

Vanity parties are relatively common. In New Zealand we most recently saw the rise and fall of the Internet Party under Kim Dotcom. The party essentially had to pay its 'grassroots' members to belong to the party by providing them with party positions. In Australia, mining magnate Clive Palmers' Palmer United Party, was built on candidates who were also mostly staff members of the businessman. As soon as those candidates won seats, and had their own resources to rely upon, they defected from the party - all complaining that they weren't being allowed to be heard by the leader.

For TOP, it was evident in early in 2017 that the disconnect between leadership and general party members was growing. Two of the candidates from the 2017 general election campaign announced their own splinter group 'Next Big Thing'. These candidates both said that they had trouble in the party raising feedback with Morgan - especially over his more controversial comments during the campaign.

The decision to deregister TOP is a sensible one. Getting airtime as a minor party outside of parliament is extremely difficult. Doing so without a strong network to get the message out on the ground is impossible. The path to 2020 election success would have required Morgan to step back considerably from his dominant leadership of TOP and focus on building a grassroots foundation if it were to have any hope of being around for the long term.

Gareth Morgan in commenting on the end of the party stated that the "legacy of the manifesto remains". However, due to his own dominance as the front of the policy, TOP is more likely to be remembered as his vanity project. And the anti-cats party.

Making the speeches at the prizegiving was always Gareth Morgan's strength. What he failed to do was make sure the person setting up the morning tea felt they were being keep around for more than their tea making skills.