Opinion - If you were looking for excitement from your politicians, the Northcote by-election just might have proved that politics lately is a snooze-fest. 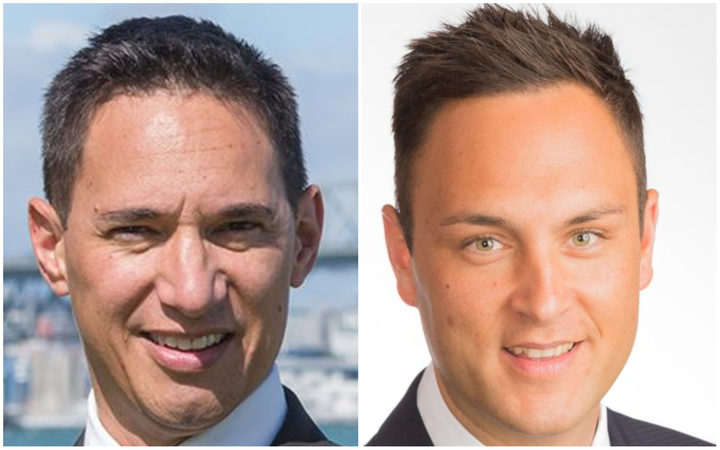 First the 'boring budget' from Finance Minister Grant Robertson, and now a by-election that reinforced the status quo - it is no wonder people are turning to Dancing with the Stars.

The Northcote electorate has traditionally been seen as a bellwether seat - in that it changes hands as the government does - but last night's win for National's Dan Bidois further solidified it as a safe seat for the party.

On the face of it, Labour's candidate, Shanan Halbert significantly slashed National's margin from the 2017 general election - taking a margin of 6210 down to 1300.

It is difficult to discern how the Greens' participation in the by-election affected the final votes. The announcement to run a Greens candidate was done without consulting with Labour. Demonstrating conclusively that the Labour Greens 2016 Memorandum of Understanding, which many thought would lead to voting deals in strategic seats, is dead. However, with Labour in the final days of the campaign publicly declaring how close their internal poll results were, there may have been some Green voters who thought it was worth crossing over if Labour could take the seat.

There is no doubt that both Labour and National ran strong campaigns. Labour understood the star power of having the Prime Minister in the electorate and she was seen often. For National, this was also a chance to prove not only the strength of their new leader, but also the team power with Deputy Paula Bennett running this campaign - taking over the role which for over a decade had been held by Stephen Joyce.

The by-election result emphasises the value she brings to the leadership team - while Simon Bridges travelled the country on his 'get to know Simon' tour, he could rely on Bennett to run the by-election campaign, and his Finance Spokesperson Amy Adams to deal with the Budget back in Parliament.

Nationwide polling was also largely reflected in by-election results - with the by-election results staying close to the latest poll trends. Had Labour really angered voters with their first eight months in government, or with their first Budget, turnout in the electorate would have been much higher. Finance Minister Grant Robertson's "boring budget" was perhaps one of the greatest gifts the local campaign could have received. It left them alone.

Of course, both campaigns were not without their challenges. The announcement of the regional fuel tax, in an electorate of voters that generally commute, would have been difficult to sell.

For National, it is hard to run a campaign on the promise of better investment and infrastructure when you could have seemingly made those investments when you were in government less than a year ago - and have at least two years before you could be back in government and able to deliver on the promise. There is also no doubt that some voters would have felt bruised by the fact that the former MP, Jonathan Coleman, who they voted for just months ago had already resigned.

For by-elections the key thing to achieve is to get your voters to turn out. And for the most part, the major parties succeeded in doing so by literally going door to door of identified supporters and making sure they had voted. This was evident in the high advance voting statistics.

After this weekend's Northcote by-election Labour and National can sit down for a night of drama on the television, confident in their parties and campaign efforts.