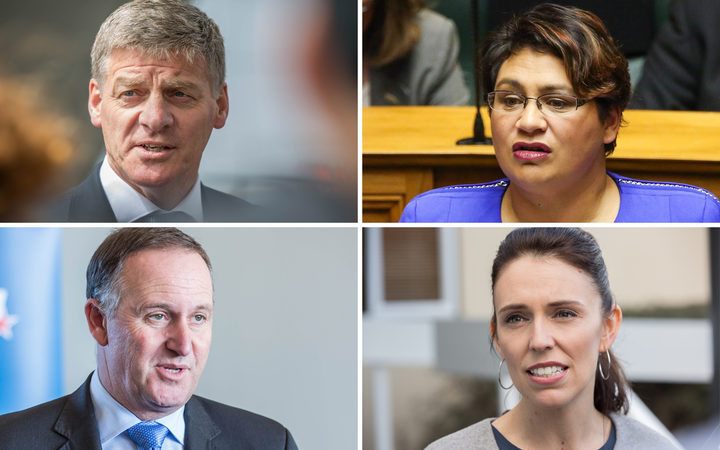 The keystone shift, former Green Party co-leader Metiria Turei's explosive welfare gambit, jolted the centre-left first one way, then another, and now it seems there are signs that the entire political ground is shifting.

If the poll is correct, Labour has passed National as the most popular party, with Labour's vote the highest it has recorded in the Colmar Brunton poll for 11 years.

Some point to Brexit as the beginning of a contagion of wild populism and volatility that has upturned everything, everywhere, anywhere voters get the chance to humble their elites.

It has spread across election contests in North America and Europe and it has destabilised old verities. Now it has descended upon New Zealand, where leaders are falling like flies and everything is upside down.

Maybe, although perhaps the explanation for the crossover of National and Labour's fortunes has less to do with the forces fracturing Britain than the more natural rhythms in our own domestic politics.

When Prime Minister John Key resigned in early December the face of the status quo changed.

Rumbling below the façade of continuity-amidst-change, which is what Bill English's elevation to the prime ministership meant, was shifting political ground, now suddenly rendered more unstable after the personally popular face of the National Party walked away.

While Andrew Little remained Labour leader it looked solid enough but Mrs Turei's keystone unlocked forces which, alongside some lucky timing, have precipitated in a polling landslide.

Within this context the first debate between Mr English and Jacinda Ardern took place last night.

Ms Ardern was far from overmatched, which was her chief risk heading into the debate. Both had their moments. It didn't replicate the drama of the David Lange-Robert Muldoon debate in 1984. Then again, New Zealand's relative economic wellbeing in 2017 is one of the crucial differences when comparing the two political contexts, although the generational aspects of the Ardern-English context are a lot more like 1984.

Ms Ardern's retort at the end of the debate, about Mr English's 'last generation' thinking around national fair pay awards, emphasised her different generational perspective. This was also seen on water tax and pollution.

Ms Ardern was decisive and spoke with conviction. Once Mr English got on to water he floundered away until at one point I watched him, in a moment of oratorical emphasis, wave his upturned fingers about while talking up some 'measurement system'.

Mr English was impressive when he was on more solid policy ground, like the economy and taxes.

Here he made his points of difference with Ms Ardern and Labour clear, and National will look to pound their perceived advantage on the economy until Election Day.

His ill-timed smiling, which didn't look natural, needs some work before their next bout.

People also forget that David Lange, like Ms Ardern, was seen as a bit of risky proposition in 1984, and he only took over as leader from Bill Rowling in February 1983. Mr Lange would rise in stature immediately after the election as he dealt with crises across several fronts, but many were wary about how he would perform as prime minister.

Mr Lange was 41 in 1984 and Mr Muldoon 62, so there was a 21-year age gap between them (and a yawning one in terms of their parliamentary socialisation).

Ms Ardern is 37 and Mr English 55, so an 18-year age gap exists and also a huge gap in their parliamentary socialisations. Ms Ardern is also reinforcing her generational appeal by challenging areas like housing and water where

National's nine years has not delivered for people her age and younger. Having matched Mr English gravitas in a refreshingly civil political debate, Ms Ardern emerges from it with her momentum intact.

With National and Labour also combining for 85 percent of support in the poll the election that this most looks like is 2005, the only real close one between the two major parties since electoral system change in 1996.

This leadership context is vastly different, however, given Don Brash's challenge was against a party seeking its third win, not it fourth, it was was hardly a generational one against Helen Clark.

The pressure is now on the minor parties, with real relevance issues for TOP and ACT.

On tonight's polling the good people of Epsom will be voting David Seymour onto the backbench for three years, so this contest is a test of both his agency and qualities as an electorate MP.

On last night's polling, Gareth Morgan should seriously think about what he is trying to accomplish. Achieving wasted vote for no gain doesn't seem consistent with his high policy ambitions.

The next three and a bit weeks are going to be fascinating and will pass by in a blur.

Two questions that will be burning through many a National Party supporter's consciousness as we approach 23 September: was everything so reliant on John Key?

And were things really this fragile?