Opinion - The media coverage being enjoyed by Labour's new leader Jacinda Ardern will likely have Prime Minister Bill English wishing for more of his predecessor's charm.

Ms Ardern ascended to the top position on Tuesday, replacing Andrew Little amid poor polling results and just weeks away from the election.

Since then, the 37-year-old has been hailed as the party's potential saviour, praised for her first news conference and backed by the Human Rights Commission for her defence of a woman's right not to disclose parenthood plans to a potential employer.

Will her popularity prove comparable to that of John Key, and should Mr English be worried? Here's this cartoonist's take. 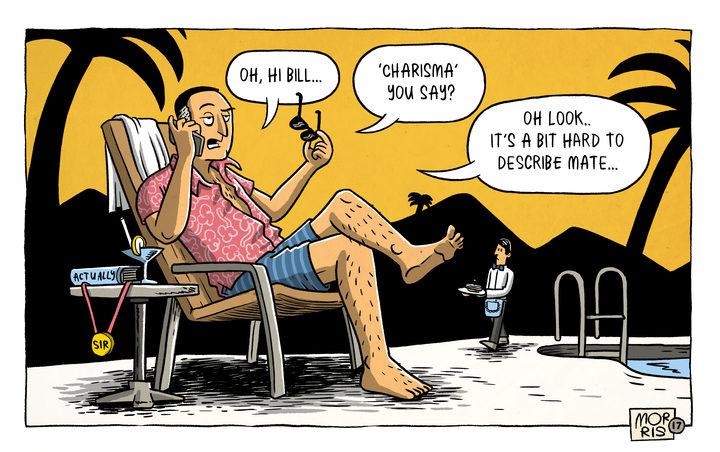 Toby Morris is an Auckland-based illustrator and comic artist. He is the creator of the Pencilsword on The Wireless and also half of the Toby & Toby duo at rnz.co.nz.