Opinion - As the parties reveal their priorities for September's election, voters are starting to see the choices they're facing.

Labour has released its alternative budget, which would put $17 billion more towards health, education and family incomes over four years.

And the Green Party pledged to raise core benefits and the minimum wage.

Meanwhile, National set out tax cuts in the Budget in May - though it also boosted Working for Families and the accommodation supplement, and put some extra funding towards health, including mental health, and education. Labour would scrap the tax cuts to pay for its programme.

Toby Morris weighs up the options. 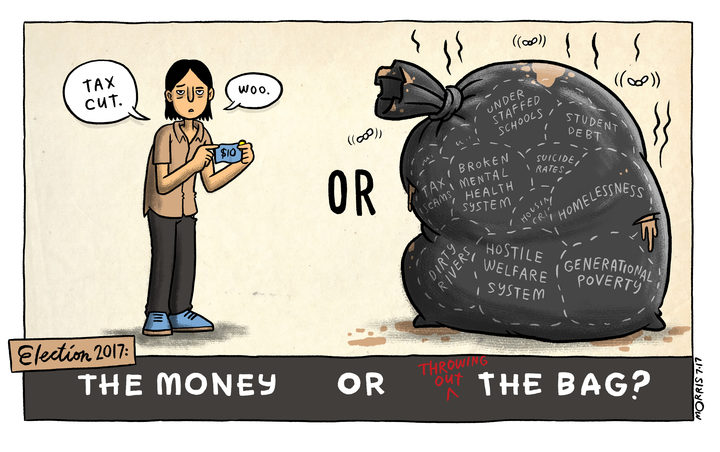 Toby Morris is an Auckland based illustrator and comic artist. He is the creator of the Pencilsword on The Wireless and also half of the Toby & Toby duo at rnz.co.nz.