Now that an open letter and petition to MPs over the abuse suffered by former state wards has been delivered to Parliament, the question seems to be whether the government can be persuaded to allow an independent inquiry to deliver its own verdict.

As somebody with first-hand experience of the old residential system, as well as having produced one of the early works that helped usher the subject out of relative obscurity, I'm understandably on the side of the petitioners. 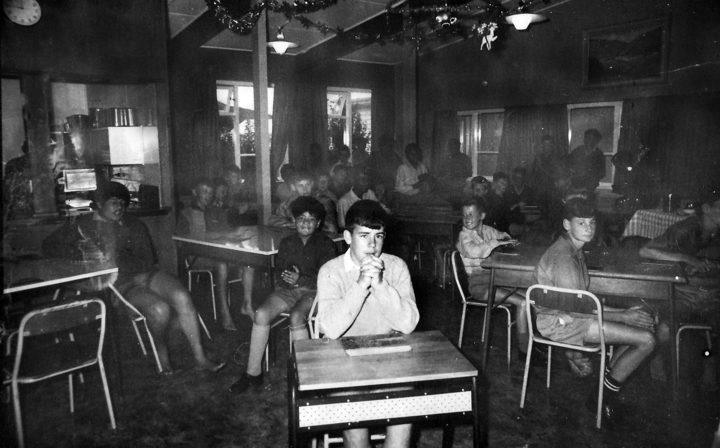 Many New Zealand children were taken into state homes in the 1960s and '70s. Photo: Supplied

But it's also easy enough at first glance to understand the official reluctance to take the matter any further.

The topic has now been well aired, insist the relevant ministers, who also believe that today's policy settings are sufficient to prevent a similar situation to the one that took place between the late 1950s and the early 1990s.

To issue any kind of formal apology would also have financial implications for the stewards of the exchequer. That's no small thing when millions of dollars in outstanding claims against the state remain in painfully slow process. The National government could also be forgiven for thinking the issue has become politicised by some with more of an eye on the coming election than on any perceived past injustices.

Still, as the Russian proverb has it, those who ignore history lose both their eyes. And the reasons for holding an inquiry extend well beyond aphoristic Slavic wisdom.

We need an inquiry because of the incredibly serious nature of what is alleged to have happened. Chinese migrants who suffered prejudice early last century and homosexual adults who fell foul of savage past laws have both merited investigations and apologies.

We need an inquiry for the sake of an accurate historical record. When I first wrote my book about Epuni Boys' Home, the wider subject suffered for being relatively obscure.

Not so today. The problem now is too many onlookers think they know everything. Too often, alas, even well intentioned commentators understudy the blind man in a dark room looking for a black dog that isn't there.

Take what ought to be the relatively straightforward question of numbers. "We know more than 100,000 children and vulnerable adults were put into care over 40 years," Race Relations Commissioner Dame Susan Devoy recently declared.

But do we know?

According to the chronically incomplete available data, the 26 state-run residential institutions did indeed collectively process perhaps as many as 120,000 admissions over 30 or so years. But what that number doesn't take into account is multiple admissions of those who were in the system over a long time - which is to say most of the youngsters who almost ineluctably went through the various institutions and then on to prison. So we are probably speaking about a quarter of that number. Or maybe not.

We need an inquiry for the same reason that the governments of Australia, Britain, Canada, Ireland and the United States have all gone down a similar route.

In the case of Canada, for instance, the central government ended up agreeing to pay more than $2bn to compensate an estimated 80,000 survivors of indigenous background who were forcibly removed and placed in care.

The Canadians also established a truth and reconciliation commission to allow claimants to tell their stories and thus provide a better understanding of how such widespread systemic abuse was allowed to occur in the first place. The commission completed its impressive work a couple of years ago, producing 94 specific policy recommendations.

We need an inquiry for the sake of the historical record, but also for the future. And for the 5000 kids who remain in some sort of state-sponsored care today. Not to mention the former wards who still make up a good portion of the country's prison muster.

We need an inquiry because it's the right thing to do.

* David Cohen is a Wellington writer and journalist. He is the author of Little Criminals (Random House, 2011), an institutional portrait of Epuni Boys' Home.