Pressure is mounting on the government to make a blanket apology for the historic abuse of children in state care. 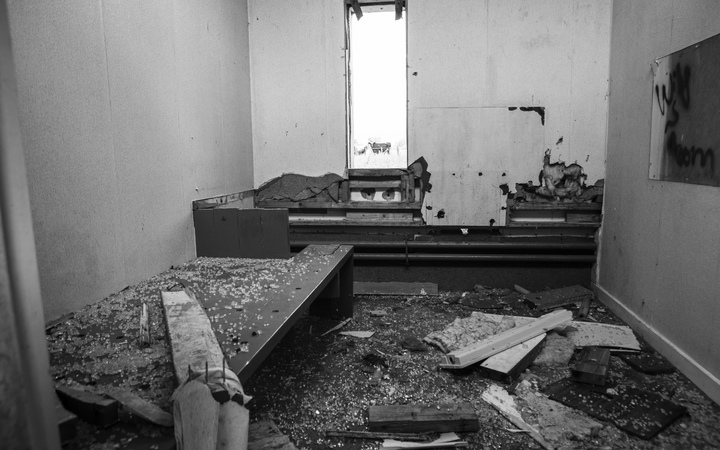 Numerous complaints have been made about abuse at Kohitere Boy's Training Centre in Levin. Photo: RNZ / Aaron Smale

This week a Canadian court found the government there breached its duty of care to thousands of aboriginal children when it removed them from their communities nearly two decades ago.

She said the government needed to publicly apologise to the thousands of children who suffered in its care.

"New Zealanders know that this happened in their lifetime, they went into state care 40 years ago were abused psychologically, emotionally and physically, so first of all sorry would go a long way."

Ms Raukawa-Tait said the nation needed to learn from the experiences of those who were in state care.

"After saying sorry, can we just ask you; if we could do it again what can you give us to support a system that would be free from violence and free of the abuse for the children going into state care?"

Ms Raukawa-Tait said she worried the government, which is now making sweeping changes to the Child Youth and Family Act, hasn't learned from its past failings.

Despite Māori making up only 15 percent of the population, 60 percent of New Zealand children uplifted from their families are Māori.

"I'm happy to apologise to anyone who was in state care who was hurt or harmed and I'm giving certainly anyone who wants an apology from me."

"It created who I became"

RNZ has spoken to other survivors of state residential care and many say the place which was meant to rehabilitate them now haunts them.

One man who spent time at Ēpuni boys in the late 1970s said he witnessed children being dragged away by their hair and beaten behind closed doors.

While he came from a violent home, there was no rehabilitation offered to him, just more violence and he spiralled into a life of jail, drugs, gangs and violence.

Others said it was not a coincidence that many of them had gone on to lives of crime and violence.

Scott Mailman is among the survivors; he was six-years old when police removed him from his Cannon's Creek home.

He spent four years in a foster home before graduating to Kohitere residential care near Levin and has no good memories of either place.

"It was the whippings everyday with the jug cord as a routine.

"We had to make our beds and she'd roll a fifty cent coin from the pillow and if it didn't roll of the end of the bed she'd strip it and we'd start again. We'd go to school for the day and not want to go home because we knew when we got there it was pyjamas, tea, jug cord and bed every night."

He wasn't told why he was taken away from his parents but suspects it was due to their drinking issues.

As a teenager in Kohitere boys home, Mr Mailman said he'd regularly received beatings from other boys while staff watched but never intervened.

Mr Mailman said he was always scared and felt powerless. He said the homes changed him forever and turned him into an ugly person who had trouble with relationships.

"It created me, it created who I became".