Social Development Minister Anne Tolley will make no universal apology for the abuse of children in state care saying there is no evidence it was systemic.

There would be no independent inquiry either, she told Morning Report's Kim Hill, arguing it would only retraumatise victims. 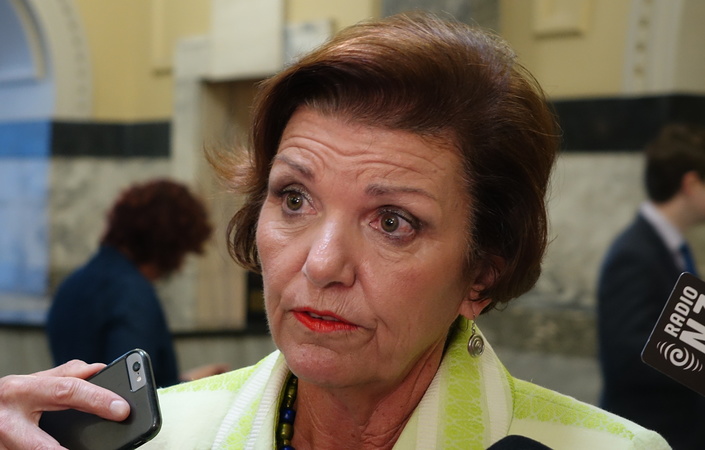 Anne Tolley said there would be no apology and no independent inquiry. Photo: RNZ / Demelza Leslie

A judge who headed a panel hearing from more than 1000 people abused as children in state care is furious at the government's response.

Judge Carolyn Henwood was the chair of the Confidential Listening and Assistance Service (CLAS) panel that heard from more than 1100 people who were abused in state care between the 1950s and 1980s, predominantly under the Department of Social Welfare.

More than 100,000 children were taken from their families and put into state institutions during that period.

CLAS wound up in June last year. Judge Henwood said survivors had nowhere to go and no further support.

Judge Henwood made seven recommendations, including that an independent inquiry be set up to discover the extent of the abuse, to monitor the Ministry's care of children and to investigate complaints. She said the government ignored this and other recommendations.

The ministry is handling the complaints, rather than an independent body.

"It's very disappointing for our participants. I feel offended on their behalf," Judge Henwood said.

Ms Tolley said the Ministry of Social Development was designing a care and protection service that would address the monitoring recommendation.

Ms Tolley said the ministry had settled more than 700 of the 1100 claims. She said about 3.5 percent of children placed in state care had made claims. Most needed a personal apology and compensation - not an inquiry.

"There's no evidence that it was a systemic problem," Ms Tolley said.

"They can't see it, they don't want to see it and they always want to be in the right. With that kind of attitude at the top of the government department it doesn't bode well for the future."

She did not accept only 3.5 percent of children in state care suffered abuse and neglect.

"What is that based on? There has been no inquiry."

Ms Tolley said some of the claimants had "good experiences" in some parts of their state care.

"I'm trying to get them recognition of the bad times, the state to take responsibility for that, and to acknowledge it and apologise to them," Ms Tolley said.

"If we start now for a major inquiry, then they have to relive that all again. Why would we put them through that?"

On behalf of my friend who had a horror story of childhood in state care, I salute Kim Hill. @radionz

Kim Hill just laughed in the face of the Minister for Social Development because what she is saying is so ludicrous that, how could you not

A victim of abuse in state care, Jazmine Bell, told Nine to Noon she was upset by Ms Tolley's response.

"Everything that came out of her mouth had me shaking," she said.

It was "belittling," she said.

"She wanted to focus on the positive experience people had in state care. She was deflecting. It was so upsetting."

"She just wanted it all to go away, and, 'that has been dealt with'. It hasn't. It's not even close to being dealt with."

The listening service was empowering, Ms Bell said. She felt heard. It gave her hope.

"The world was very different back then, but nothing happened."

A man who said he was physically and sexually abused in an Auckland state care facility from age 12, called the government's handling of his case disgusting.

Adam received $9000 in compensation a few months ago. He was asked to sign a contract that absolved the government of legal responsibility.

He wanted the government to be liable for what happened. He said it would restore his faith in justice.

Labour's Jacinda Ardern said many of the victims of abuse appeared before the panel, with faith the government would carry through with its recommendations.

She said the actual result had been extremely disappointing, and those victims had been let down.

"And that's for good reason - they're making claims against the state and it's the state who's investigating them."

"She must not deny the reality, the terrible trauma that thousands of New Zealand children, that now have children of their own have suffered as a result of government abuse when they were in care."

Mrs Turei said the current process was about accessing the government to talk about the harm caused to those families.

"People don't trust government agencies to treat their concerns seriously and we have to remember too this is a generational issue.

"There are children and grandchildren of these state wards who have been affected by the harm, the abuse that was suffered."

Mrs Turei said if the government moved away from its case-by-case approach, under which individuals have been receiving cash and an apology in return for relinquishing the right to any further action, it would undoubtedly open itself up to more liability.

"But that's because government agencies allow terrible abuse and harm to occur to these children who are in state care and so this is the consequences of that failure."

"Last year I introduced a fast track process that gives claimants the option to have their claims resolved faster, while still receiving an apology and if they want, a financial settlement.

"Around 900 payments have been made to date, totalling more than $17 million."

Mrs Tolley said there had been a real effort to make the process as simple as possible.

"The fast track process means it's only fact checked, there's no investigation, and I've heard from complainants that what they want is recognition that they were abused that we all feel appalling, that they want the state to take responsibility for that."