A new Ministry for Vulnerable Children will be set up from April next year, the government has confirmed. 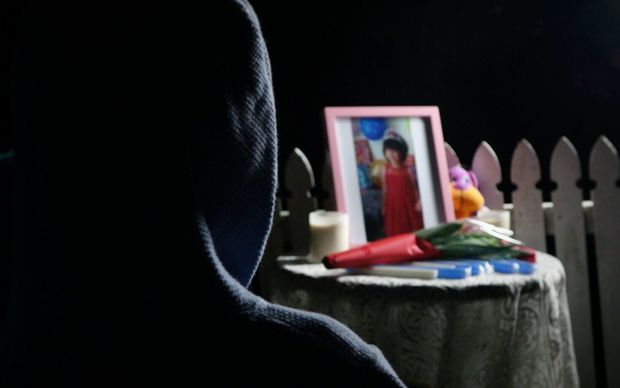 Anne Tolley will become the Vulnerable Children Minister once the ministry - which will also be known as Oranga Tamariki - is up and running.

A panel of young people with experience of state care was being set up to advise her and officials as the new system was developed, Mrs Tolley said.

In April, Mrs Tolley released a major review of Child, Youth and Family which found the system was "fragmented" and "broken".

The report made multiple recommendations, including either overhauling the agency or replacing it with a new entity.

It would be able to directly purchase services like trauma counselling as soon as they were needed by children, she said.

Mrs Tolley insisted it was not a "re-branding exercise".

"It is how this ministry performs, rather than its name, which will make a difference for vulnerable young people.

"It will also require strong leadership to implement the massive changes required over the next four to five years, as well as embed the necessary culture change within staff."

It would cost significantly more than Child, Youth and Family, but she could not say yet what that cost would be.

Ms Moss had been at elderly care company Bupa Care Services for the last nine years.

She previously worked in the United Kingdom and New Zealand public health systems.

An umbrella group for social service providers has welcomed the new ministry, but said it was still unclear how it would make a difference.

"CYFs currently deals mostly with children once abuse has occurred. They are dealing already with harmed children. So it's not clear how this new ministry is going to be significantly different. We all want it to be different, but we don't yet have the details."

The Labour Party said the creation of a ministry whose name showed it was focussed on vulnerable children was too narrow.

Labour's spokesperson for children, Jacinda Ardern, said respected organisations and individuals had warned such a name would stigmatise the very kids it was trying to help.

"This needs to be a department that doesn't stigmatise, that works on the well-being of all children, that doesn't just focus on abuse or neglect, but looks at things like deprivation issues. But sadly, the minister hasn't shied away from calling this the Ministry for Vulnerable Children."

Children's Commissioner Judge Andrew Becroft said he was optimistic about the ministry but was opting to call it by its Māori name Oranga Tamariki - which meant health or well-being of children.

"It's no secret that I don't like the name but I'm not going to focus on the negative, this is a once in a life time opportunity to create a world-leading statutory intervention system. We have to grab it and do it well and what is really important is the substance of the organisation.

"The ministry is targeted to those who need help the most, it will make sure help is available early in a child's life and the support follows them through their development," Judge Becroft said.

Ms Pilott said the social services sector had been in a state of flux since Child Youth and Family went under review, and she said the timing of the new ministry would not help.

"April is right smack bang in the middle of when the Ministry of Social Development contracts with non-government providers, we had a difficult contracting round this year, it was delayed and fragmented so we are worried this year could be worse with the community investment part of the Ministry of Social Development will be in the middle of a restructure," Ms Pilott said.

Ms Pilott said cabinet papers showed funding for family violence and sexual violence services would be split across the new ministry and the Ministry for Social Development.

"It's a concern because potentially it will create additional complexity and compliance costs for providers whose services cover all age ranges, add to this that the Ministry of Justice is also a funder in these areas and the landscape ahead looks very challenging for providers."