The Climate Change Minister is in New York to formally sign the Paris Agreement to combat climate change - but does that mean anything if New Zealand does not ratify it? 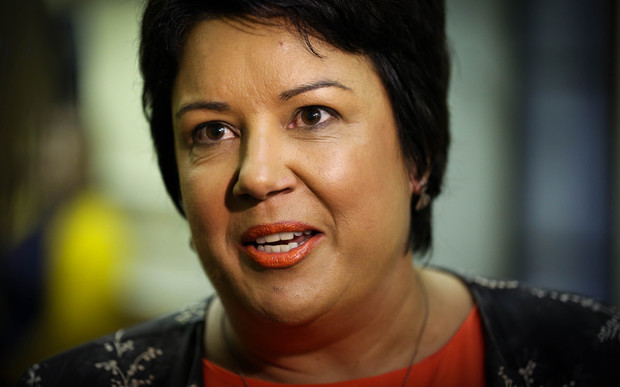 It's been just over four months since the Paris deal was agreed, and this weekend a high-level ceremony will be held at the United Nations for the signing.

The agreement is historic in that 195 countries committed to tackling climate change - albeit with varying degrees of intent.

The main aim of the agreement is to keep global temperature rises "well below" 2°C, with an aspiration target of limiting the rise to 1.5°C.

Under the agreement each country has to submit a target to the UN, but it is not legally bound to meet that target.

New Zealand's target of reducing greenhouse gas emissions 11 percent below 1990 levels by 2030 remains conditional on aspects of the Paris deal that have not yet been nailed down, namely that there are functioning and transparent carbon markets in place.

Why? Because New Zealand needs to buy credits in order for it to meet its target.

So while, yes, New Zealand will sign the deal, ratification may be some years down the track, and not only that - if the carbon markets set up do not give New Zealand what it needs, it may have to adjust its target to something it can actually meet.

Carbon trading was heavily criticised at the Paris talks by Venezuela and Bolivia who argued that it was akin to cheating and countries should just reduce their emissions, rather than trying to buy their way out of it. 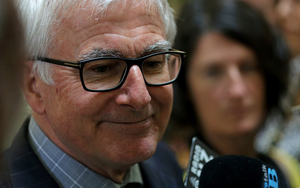 In the lead up to the Paris meeting the former Climate Change Minister, Tim Groser, spearheaded what became known as the 'New Zealand proposal' which was to not have countries legally bound to meet their targets.

In fairness, and much to the chagrin of environmental groups, that was only ever going to be the way to get the deal over the line - the United States and China would not have agreed to a legally binding deal like the former Kyoto Protocol was.

The Paris Agreement, which takes a 'bottom up' approach, places the responsibility for reducing emissions squarely in the lap of each individual country that signs up.

The responsibility for New Zealand's approach now rests in the hands of the new Climate Change Minister, Paula Bennett.

Where the former minister, Tim Groser, did tend to treat climate change as more of a trade portfolio, Mrs Bennett now has an opportunity to make a real difference.

She is not burdened with trying to help nail down a global deal through the cumbersome United Nations process. She can get on with the job of what New Zealand is going to do about its burgeoning greenhouse gas emissions.

But Mrs Bennett has a tough road ahead. The Emissions Trading Scheme is being reviewed, but the elephant (or rather the cow) in the room is agriculture being left out of that review.

This does little to inspire confidence in the future of the ETS given the sector responsible for almost half of New Zealand's climate damaging emissions is not even being discussed.

Mrs Bennett has already announced an end to the two-for-one deal under the ETS, where many polluters only had to pay for half their emissions - this is a good first step towards making the scheme more robust. 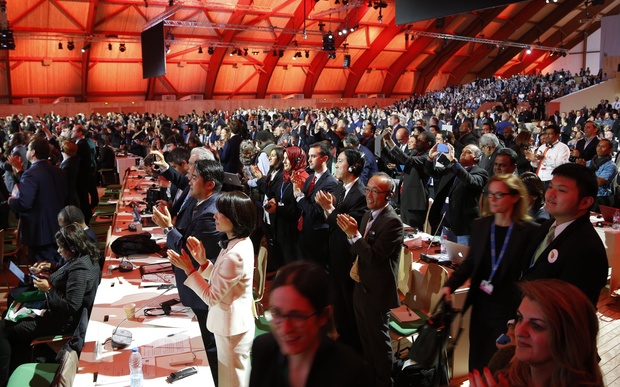 The UN Climate Change Conference breaks into cheers as the Paris Agreement in adopted on 13 December 2015 (NZT). Photo: AFP

Green Party co-leader James Shaw is still pushing to go back to the idea of a carbon tax, which of course would be far simpler than the ETS, but hindsight is a wonderful thing and the ETS structure is already in place.

Mr Shaw was not living in New Zealand when the architect of the ETS, Labour's David Parker, had the considerable struggle of getting the scheme through Parliament - an exercise that no minister would want to repeat. Plans to ditch the ETS and start afresh are unlikely to get any traction on either side of the House.

Mrs Bennett wants to set up a taskforce on climate change, involving business, agriculture and environment groups and she's also open to a cross-party discussion about what the next steps should be.

While it is difficult to take the politics out of anything in Parliament, climate change policy is surely the one area where multi-partisan agreement is essential.

Not only so that businesses can have some certainty, but also so that all New Zealanders can have some faith that their elected representatives understand the enormity of the climate change problem and the critical importance of tackling it.