New Zealand has an opportunity to partner with other countries with similar emissions profiles on how to tackle greenhouse gas emissions, a climate professor says. 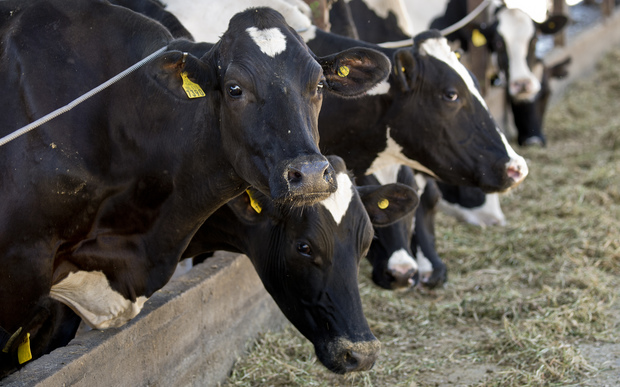 Cattle feed at a farm with its own biogas plant - designed to produce energy from manure - in Tinguiririca, Chile. Photo: AFP

Dave Frame, director of Victoria University's Climate Change Research Institute, was among a number of people who presented a post-Paris climate talks panel in Wellington on Tuesday.

More on the implications of the 2015 Paris climate talks

He said the Paris agreement, brokered at the COP 21 conference in France in December, had broken what was known as the firewall between developed and developing countries.

This refers to the issue known as "differentiation", or the different responsibilities emerging and established economies must take on as part of the agreement to ensure global warming is limited to 2°C above pre-industrial levels.

It had been a sticking point in negotiations, and Prof Frame said this meant there were going to be countries facing similar challenges to New Zealand.

He said a high fraction of New Zealand's electricity was renewable, while a high fraction of the country's emissions came from agriculture. Other countries, mainly in Latin America, had similar portfolios, which provided an opportunity - for example, in making technological changes.

"If you're very focused on agricultural emissions then the sort of work that's being done here in New Zealand at Massey [University] or in other places might be of high relevance to them," he said.

"So they might potentially be buyers of that research, and theoretically you could end up with some situations where we can sell some good services to people."

Prof Frame said New Zealand needed to work out how it could make the new global agreement - and the fact countries could see there would be a long-term transition to a low-carbon future - work for it.

New Zealand Climate Change Ambassador Jo Tyndall said, globally, businesses had been asking for certainty and Paris had provided that.

"The fact there is a Paris agreement that has a global goal, that talks about long-term low emissions pathways, does send that very, very clear signal that the world is serious about tackling climate change."

She said she expected that would allow businesses to go ahead and make decisions on that basis.

Business New Zealand's head of climate change policy, John Carnegie, agreed. He said the New Zealand business community was already well-engaged in working with government on transtioning to a lower carbon economy, and a lot of work was being done specifically in the transport sector.

Bringing forward the use of electric vehicles was one example, he said. "Given our high proportion of renewable electricity, it seems like a bit of a no-brainer."

Work was also under way concerning freight efficiency and the use of rail and freight hubbing.

The Emissions Trading Scheme was an obvious mechanism, Mr Carnegie added - and work needed to continue in terms of developing a carbon price signal that encouraged more meaningful action from businesses.