Facing the reality of climate change 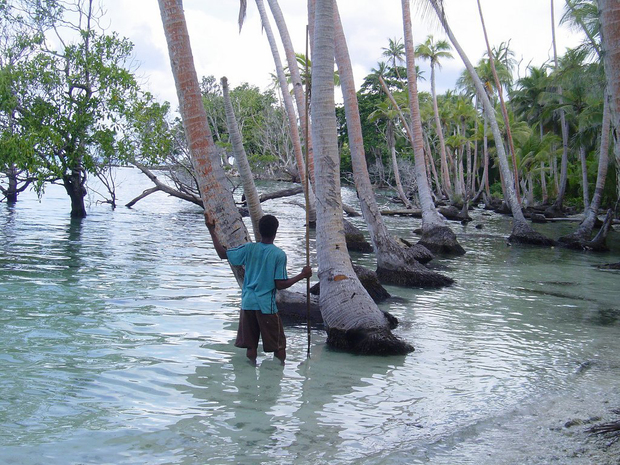 Pacific island nations are among the countries that already bear the brunt of climate change and in order to limit future impacts, we will need to develop technologies to strip carbon dioxide from the atmosphere, says climate scientist Will Steffen.

He was a keynote speaker at a recent conference on climate change in the Pacific. 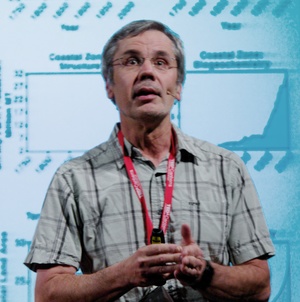 Will Steffen is a councillor on the publicly-funded Climate Council of Australia. Photo: Supplied

“Already we’re seeing the impacts of sea level rise on many islands that manifests through salinisation of ground water and increased inundation. The most vulnerable are the most low-lying islands, the ones that aren’t naturally accreting any more land area through coral debris.

“Those are the first islands in the world that are going to be feeling the effects of climate change in a very real way.”

Will Steffen says the Paris Agreement, which aims to keep global temperature rise below 2 degrees Celsius above pre-industrial times, with an aspirational goal of 1.5 degrees, is a first step towards limiting future impacts.

“It removed any sense of complacency that the big and wealthy countries and the big emitters might have had. You can’t even wait a year if you’re serious about 1.5 degrees. You’ve got to get emissions down fast if we have any chance of meeting that. So that adds a sense of urgency that wasn’t there before.”

The goal of the Paris Agreement matches the best-case scenario of projections by the Intergovernmental Panel on Climate Change.

“It’s still a lot to cope with,” says Will Steffen. For sea level rise, it means another 40 to 50 centimeters by the end of the century compared to the beginning of the century, “but it’s a lot better than a metre or more”.

“It gives Pacific island states and other low-lying parts of the word a fighting chance of dealing with that, either through adapting, through moving back from the shoreline where that’s possible, building sea walls where that’s appropriate or having to move people as a last resort, if that’s what needs to be done.”

But he says the 1.5-degree goal means that reducing emissions won’t be enough.

“We’ll also need to develop technologies to strip carbon dioxide from the atmosphere. It will be costly, but again that puts the urgency on getting emissions down, because it’s going to be much cheaper avoiding the emissions in the first place than it is trying to deal with the problem after it’s been created.”

The most likely carbon-stripping technology is biological carbon capture and storage, he says.

“You use what biology does really well, which is to take dispersed CO2, photosynthesise it, and turn it into something solid like carbohydrates. The most common proposal is to do that with trees or above-ground vegetation on land, burn it for energy but then capture the carbon from the smoke stack, liquefy it, and pump it down into a geological formation, so it’s locked away from the atmosphere.”