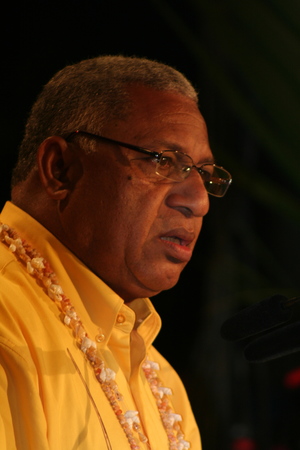 Fiji has signed the Instrument of Ratification for the Paris Agreement, which was drawn up after last year's climate conference in France.

The document was signed by the prime minister of Fiji, Frank Bainimarama, who said the international community urgently needed to rally behind the agreement to combat the root causes of climate change.

Palau and the Marshall Islands have also ratified the agreement.

A ceremony will be held in New York in three weeks, when the United States and China will sign.