The former gold mining town of Cromwell in Central Otago is experiencing another boom.

But there are growing pains, with the town of 6000 bursting at the seams.

It is hoped one of the first projects approved under the government's fast-track consenting rules, brought in due to the pandemic, may help alleviate that.

Wooing Tree Estate will eventually be the site of more than 300 homes on 25 hectares of former vineyard.

But in 20 years since establishing the vineyard, the town had changed.

"When we bought this land and set up a vineyard, we were on the outskirts of town, so a lot has happened in the last few years," Farquharson said.

"There were a couple of houses over this side of the highway, but now there's about three subdivisions as you go to the lake and we ended up getting engulfed by the town."

Developing the site into a residential area seemed like the logical thing to do, he said.

The vineyard will maintain a cellar door by the highway and plant about a hectare of grapes to act as buffer from the road, but most of its operation was moving to another site. 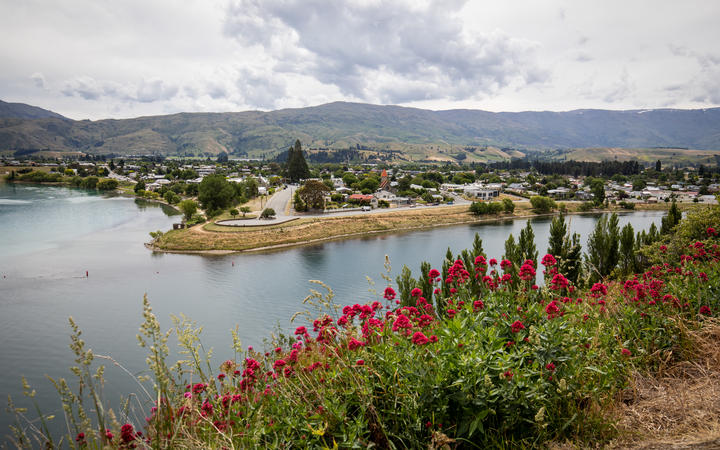 In addition to the 300 homes in the development, there will also be two commercial lots, a lot for a community use and a lot for visitor accommodation, as well as an underpass below the state highway connecting the development to Cromwell's town centre.

It is by no means an affordable housing development, but it will provide much needed housing supply.

It was stage two and three that received fast-tracked consent.

The process had sped up consenting by about 12 months, which could have been spent on potential Environment Court battles, Cornwall said.

But the development is desperately need. Cromwell's population has nearly doubled in the past 30 years, and it is expected to do the same over the next 30.

The only thing on the property market for less than half a million dollars are sections.

Cromwell Community Board chair Anna Harrison, who was also the principal of a local primary school, said that had created real affordability issues for families.

"I was talking to the principal of Cromwell College, he has three positions going at the moment and he has got someone potentially pulling out of a position because they cannot find housing for their family in Cromwell. If they want to start looking for a rental property - there's nothing available."

The abundance of lifestyle and work was bringing people to the town, she said.

"We've got this amazing cycle trail that's running down by the lake that connects all the way through to Clyde, which is going to connect to Wānaka and Queenstown. We've got an awful lot going for us."

The need for housing and the desire to maintain the town's character has driven the Cromwell Masterplan.

"The developers now are thinking and saying 'It's not just the meat and three veg subdivision, it's not the four-bedroom, ensuited house with the double garage and 700 square metre section'.

"They're looking now and saying let's make the section sizes smaller and people are now having to make that choice about 'do I want to have a big section, so I have to work in the weekends and run around after it. Or do I want to have a smaller section, a smaller house?' But there's plenty of choice out there."

The council will be assisting by ensuring the infrastructure was available to support the development and intensification, whether developments were fast-tracked or by traditional resource consent.

The fast-track legislation will be retired in mid-2023.