Care workers who took their plea for enforceable minimum staff numbers to lawmakers today say they are having to choose who gets care and who misses out. 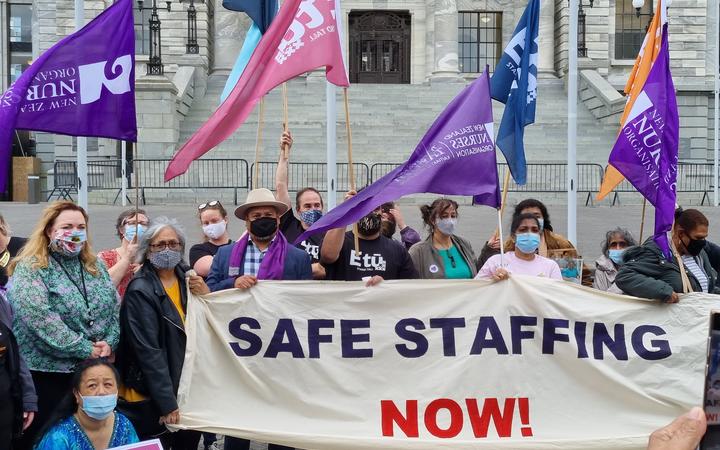 Aged care workers presented a petition signed by more than 7000 people to Labour List MP Liz Craig, who sits on the health and petitions select committees.

Dunedin rest home worker Marita Ansin-Johnson was among the group at Parliament this afternoon.

She said her work was about giving back to others, but understaffing meant she was often forced to make tough choices.

"You have to choose, and having to choose who misses out, I don't want to be put in that position. I want to be able to say I can do this, and I can do that."

Instead, she was forced to rationalise and ratio her time and care.

Wellington caregiver Marianne Bishop said better pay was only the first step, and mandatory staffing levels must follow for the sake of workers and the residents.

"If they're desperate to go to the toilet or they're thirsty or they want to move and they can't do it because they need a hand," she said.

"It's just as frustrating for them." 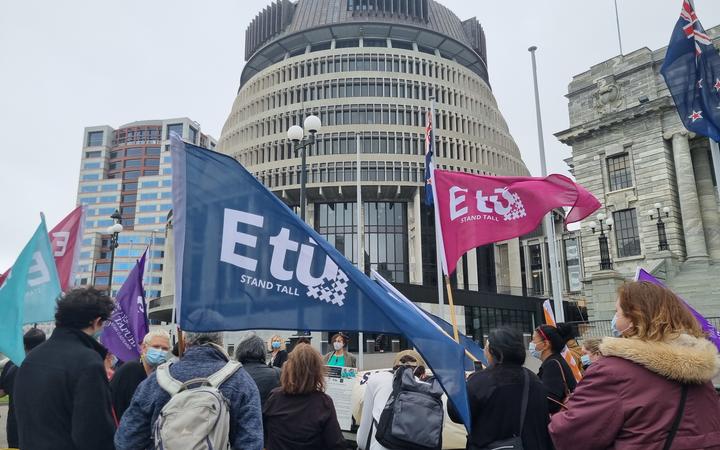 Advocacy group Grey Power said some elderly people had delays getting medication, food, or their other basic needs met.

The group's aged care committee chairperson, Roy Reid, said he recently spoke to a nurse who was initially unable to give a patient morphine.

"It requires two registered nurses to be present to do it and in her case she had to wait until a registered nurse from another village was free to come so that she could administer morphine," he said.

"That, in our mind, is an unsafe practice which is causing a lot of pain to residents."

Since then short staffing had only been getting worse and residents needed more complex care, Anderson said.

"The problem's just going to reach crisis point, if it hasn't already."