A change to a key part of the housing intensification bill has been enough to alarm supporters, but too little to placate critics. 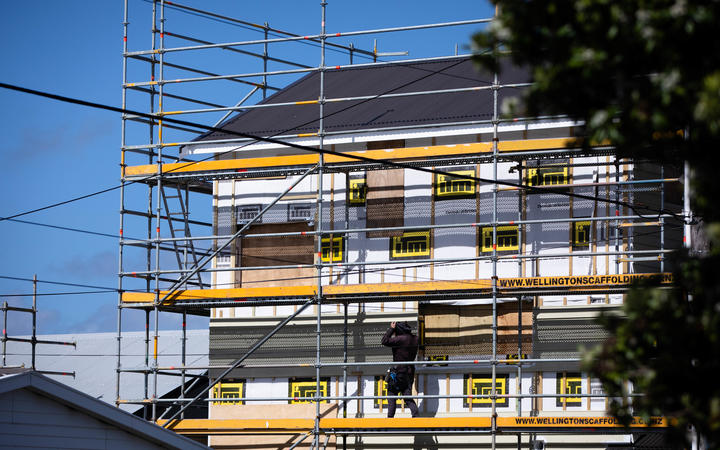 The bill is up for debate at its second reading in Parliament later today.

Yesterday, the government, with the backing of the National Party, said it would reduce the maximum height people can build to on their boundary from 6m to 4m.

"The urban planner and urban designer in me looked at that and was very enthusiastic."

He fears the change signals the bill may be watered down.

"I wouldn't want them to go any lower than 4 metres."

The Labour Party says it won't reduce how many houses can be built by much at all.

Less certain is a proposal from the select committee, when it reported back late last week after hurried public submissions, to increase the minimum outlook from living room windows from just 3m to 4m.

Auckland designer Tracy Ogden-Cork, chair of the Auckland Urban Design Panel, said the existing 6m minimum outlook in the city was not much longer than a garage, and there for a reason.

"Imagine that you're in your living room at the moment, OK, and you've been there all week, because we're in Covid lockdown," she said.

"Outside your living room window," 4m away, "is where you could expect a 1.8 metre fence or a neighbour's building."

She, like many urban planners RNZ has talked to, backs intensification but is alarmed at the bill overriding existing council controls, saying this will encourage poor design.

Batchelor, though, says planners are being too risk averse.

"They are just understandably hesitant that they will be the ones who are answering the neighbours' concerns."

A 6m outlook minimum from the living room, for instance, took a lot of wrangling to get across the line in Auckland's unitary plan years ago, he said.

"So we're in a better and more developed state to really have these discussions and put the threshold at 4 metres - but that doesn't rule out outdoor living areas and outlooks being greater than that."

Ogden-Cork says the extent of the changes counsels caution - she's seen where lax rules could lead to after a decade helping Auckland Council process hundreds of house building consents.

"The general public need to realise, whatever concerns they have about Auckland unitary plan, they don't see the worst possible development because it doesn't get consent.

"What really concerns me is whānau well outside of the local leafy suburbs ... not having space to plant a tree outside their window."

The bill aims to streamline the building of up to an extra 105,000 homes within eight years across most big cities and some of their surrounds such as in Waipā, Selwyn and western Bay of Plenty.

Dense housing designed around parks, playgrounds and shared gardens must take over from private patches of unused grass or concrete, she said.

"I've seen a few male politicians in particular talking about the need to design housing so that we can continue the culture of barbecue season in the summer.

"And I just think that's a wrong way to design housing in New Zealand. Women in particular, really value shared space and co-spaces.

"They value sharing those places with the neighbours and with other people in the community."

Her group backs medium density standards different from those in the bill, proposed by the Coalition for More Housing.

It wanted to remove the front setback from the street and from the sides so housing blocks can be towards the front of sites, leaving more open space out back that can be "unified as a single, large backyard", according to its submission.

The select committee's proposals for change also include improving the building standards, and increasing outdoor space to 20sqm per unit.

The second opportunity to change the bill comes at committee stage which follows the second reading likely this evening.