Locals on Aotea Great Barrier Island are worried about the impact holiday travellers will have on the community when the country moves into the traffic light system tomorrow. 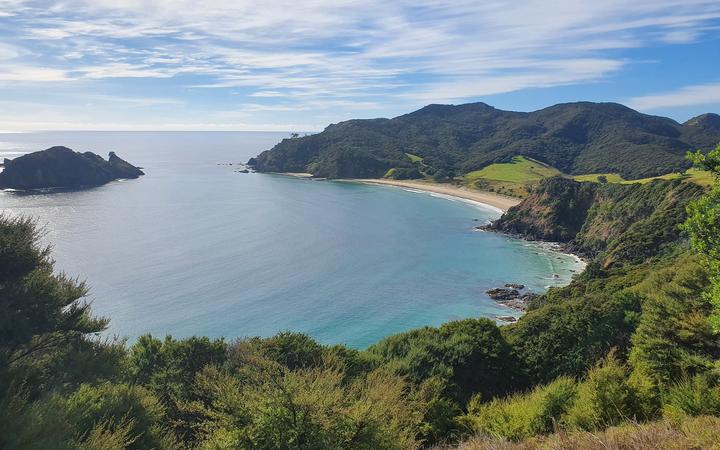 Vaccination rates on the isolated island were sitting at 80 percent for first doses, with locals having access to one primary healthcare centre. For for Māori, the first dose rate was 77 percent.

Aotea Great Barrier in the Hauraki Gulf had so far remained unaffected by the Delta variant of Covid, but that could all change for Auckland's lowest vaccinated suburb.

Jeff Cleave from the Ngāti Rēhua Ngāti Wai ki Aotea trust said he was concerned unvaccinated travellers arriving by private boats without a negative test will put whānau at risk.

He said there was likely to be rule breakers as there had already been people travelling even during the lockdown and he was concerned for their most vulnerable.

"Our island is accessible whether or not you have a vaccine passport.

"I believe you're going to need a vaccine passport and or a negative test before you come, but that does not in any way discount those that are going to be coming here via their own methods of transport ie. boats," he said.

Despite being safely distanced during the Delta outbreak, those on the island had been desperate to travel and see loved ones but low vaccination rates prevented this.

The Aotea Great Barrier community had been plagued by misinformation and conspiracy theories amongst their people, preventing the heightened vaccine take-up that leaders on the island had hoped for.

Cleave said the issue would always be based on how they keep each other safe while addressing the geographic separation and economic downfall from the lockdowns.

He said whānau were very concerned about the risk to their community when restrictions eased.

"But there's a trepidation simply because many people on this island are still not vaccinated.

"You do not know who's been vaccinated and who isn't and because it becomes a contentious discussion all about ones right - it's not the discussion that people are openly having," he said.

Izzy Fordham is the chair of the Aotea Great Barrier local board and said when it came to the transition to the governments Covid-19 protection framework the community was very nervous and apprehensive.

She agreed private boat owners were of concern and said people were generally feeling a little on edge about travelling and being more exposed when an influx of people arrived.

"It's mixed feelings and mixed bag.

"There's so much uncertainty around it all, the area that concerns me the most and possibly others in our community are private boat owners that love to flock to the island, that is probably one area where we have no idea about vaccination status.

"I know our iwi leaders have been working very hard with the two marae and the committees to encourage people to get themselves vaccinated.

"As far as our transport providers to the island go, the airline and the vehicle passenger ferry will both have their own policies in place," she said.

Aotea primary healthcare service is the only healthcare service on the island. It's spokesperson Leonie Howie did not want to be interviewed but said they "will do the mahi" when it comes to trying to both encourage vaccinations as well as managing any health risks to the community when visitors arrive.

Cleave said vaccinations were the only answer and he hoped people would contribute to the safety of everyone by getting their inoculations.

"To keep us all safe, we all need to be in the waka together.

"No one should come here unless they have a vaccine passport," he said.