How could the government offer land on Aotea/Great Barrier as part of a Treaty of Waitangi settlement for iwi who no longer live on the island without consulting with an iwi who do? In a new video investigation, reporter Te Aniwa Hurihanganui and camera operator Claire Eastham-Farrelly uncover the heartbreak of an overlapping Treaty claim.

Ngātiwai will receive a formal apology for the way the Crown dealt with its overlapping Treaty of Waitangi claim, following years of anguish.

Ngātiwai was stunned to learn the Crown was using land within its tribal boundary as redress for the Treaty settlements of other iwi more than a decade ago.

Aotea (Great Barrier Island) was one of many areas within the Ngātiwai rohe at the centre of negotiations with other tribes.

The people of Ngātiwai have lived on the island for many generations and continue to bury their dead, raise their whānau, grow their food and look after the sacred sites there.

However, the Crown initially refused to engage with Ngātiwai when it began negotiating redress on the island, and ignored repeated requests for information.

"I had difficulty sleeping at night thinking about these things," said Tania McPherson, the Ngātiwai Trust Board Treaty Claims Manager.

Land on Aotea wasn't the only thing the Crown negotiated with other iwi.

Between 2010 and 2012 it allowed Pare Hauraki, a collective of iwi situated around the Hauraki Gulf, to officially change the island's name.

"He rikarika. He mana nui te mana whakaingoa tapa wāhi nē? Ina tapaina koe te ingoa o tētahi wāhi he mana tāu kia hua he ingoa mo taua wāhi… I kite noa iho mātou i roto i ngā pepa i muri iho, a, ka ohorere katoa a Ngātiwai," said Ngātiwai Trust Board Chair Aperahama Edwards: "It was awful. It is an important role, that of naming a place. When you name a place, you must have the appropriate authority to do this. We saw what happened after the fact in the papers, Ngātiwai were shocked."

It took three years for the Crown to give Ngātiwai a detailed outline of what it was offering other iwi.

Ngātiwai was initially given three weeks to provide feedback.

Treaty Negotiations Minister Andrew Little could not say why Ngātiwai was treated that way, but now admitted the iwi deserved an apology.

"I can't give a reason why except that it did happen and that was unacceptable... The Crown owes Ngātiwai an apology for that and that is being worked out with Ngātiwai at the moment."

He said the Crown had learned from its mistakes, and would engage iwi with overlapping interests much earlier in the process.

"The idea is to go much earlier and say, 'we're engaging with this iwi, here is a range of things that are on the table, can we have your input on this?'"

The Crown has halted all negotiations over Aotea for now, but many Ngātiwai descendants still fear their mana is under serious threat.

Ngātiwai kaumātua Opo Ngawaka said the thought of losing any more land on Aotea, let alone to other iwi, was inconceivable. 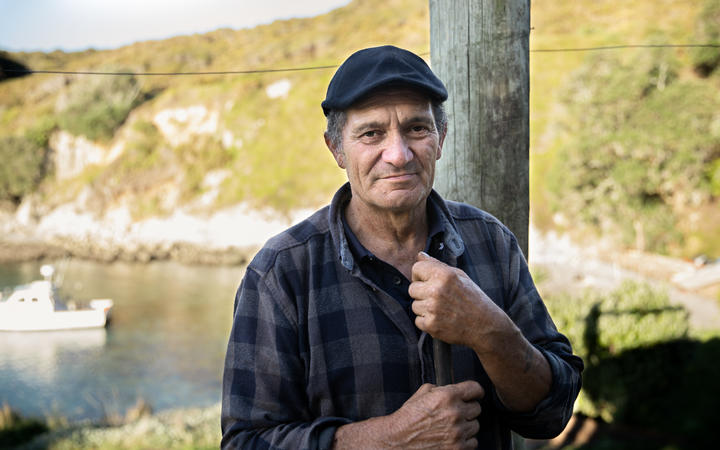 "Because they whakapapa to us, doesn't give them a reason to claim mana over our whenua.

"Our tūpuna are buried here, and there's lots of them. That's how important it is to me… they spent all their lives trying to defend what belongs to us and hoping that they could hold onto their mana. It's no different for us."

Paul Majurey is the chair of the Marutūāhu and Pare Hauraki treaty settlements.

He said the iwi they represented could whakapapa to Aotea too, and he would continue to defend their interests on the island.

"Those are some of the areas that historically are very important to our people, both from the location of important areas like wāhi tapu and pā, as well as seasonal harvesting… Aotea is one of the important areas for the Marutūāhu people."

The Waitangi Tribunal has consistently highlighted the Crown's failure to engage with iwi with overlapping claims early or at all in the process.

There are currently 16 separate treaty settlements subject to one or more overlapping claims and some have escalated to the Waitangi Tribunal or the Courts.