The final reading of the Moriori treaty claim is the culmination of decades of struggle for truth and justice, Minister for Treaty of Waitangi Negotiations Andrew Little says. 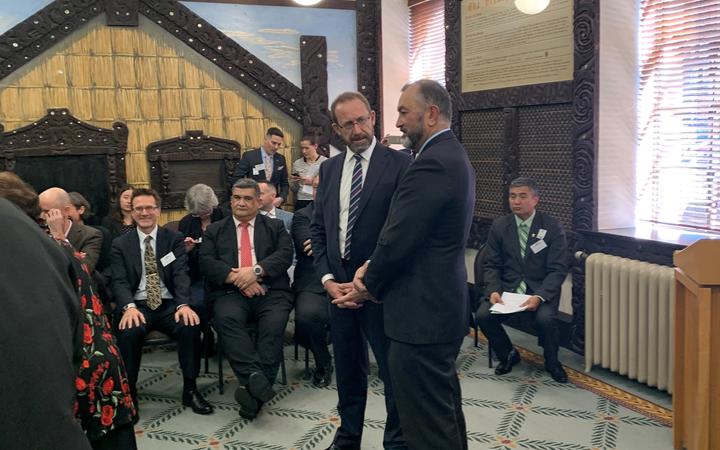 The imi say the settlement will help restore the damage caused to their cultural identity over generations.

The act will give effect to the deed of settlement between Moriori and the Crown which was signed on 14 February 2020.

The settlement for the will included an agreed account of their history, a Crown apology, and $18 million.

Little was the first to speak and said today was a very special day for Moriori.

"One hundred and fifty-nine years ago Moriori karāpuna petitioned Governor George Grey, remembering the trauma of the 1835 settlement of Rēkohu by Ngāti Mutunga in seeking the Crown's protection. This day is the culmination of the struggle for truth and justice that began then," Little said.

"It's a testament to the years of hard work by Moriori and dedication to negotiating a deed of settlement and a long awaited day of celebration at the end of the legislative period that has lasted nearly two years because of delays caused by the Covid outbreak."

Little thanked the Moriori for their patience in reaching this milestone.

"It's now time for the Crown to make redress to Moriori for its breaches of Te Tiriti o Waitangi and I'm pleased to be here to support the enactment of their bill," he said.

Little spoke about how Moriori could not physically be present in the House to hear the reading. It was another sacrifice they have had to make in order to achieve the justice they have been wanting.

"I remember and pay tribute to Moriori karāpuna on this occasion for the grievances they have suffered and the legacy of peace which serves as a cornerstone for the identity of Moriori to the present day," he said. 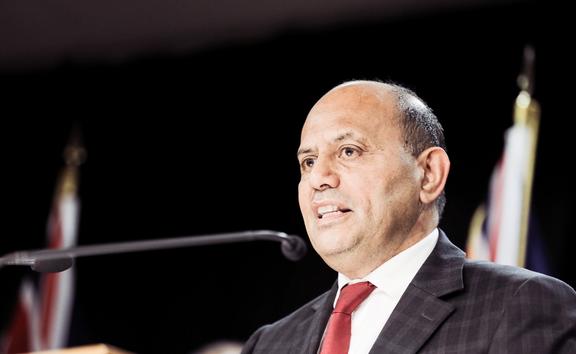 Minister of Māori Development Willie Jackson said it was an honour and privilege to speak as a descendant of Ngāti Tama and Ngāti Mutunga - who invaded, occupied and enslaved Moriori on the island.

"Some people might think it's not right for someone like me to speak given the mahi I do and what happened with my ancestors but I've always said and to a number of Moriori I know, some of the Solomon whānau in Māngere, that I couldn't be held responsible for the acts of some of our tupuna, some of our ancestors.

"As a lot of people would argue today perhaps, with regards to what their ancestors did to Māori, but I certainly have an opportunity to get and be part of the redress and this is what today is all about," Jackson said.

"I have a part to play in terms of the justice side, the humanity side, and that's what the third readings are all about. When I told some of my Ngāti Tama and Ngāti Mutunga whānaunga that I would be having a kōrero on the bill they were a bit worried but I'm certainly not because the Moriori story is one of the most fascinating stories," he said.

In an opening in Te Rē Moriori or the Moriori language, Green MP Te Anau Tuiono, paid homage to the karāpuna or ancestors of Rēkohu.

In his speech in te reo Māori he said the imi have arrived at the summit of the hill to fulfil their descendants' aspirations.

He laid down a challenge to the deputy education minister who was present, to take note of the bill and reminded him that to incorporate the correct history in schools would be a chance to right the wrongs of false histories and honour the narratives of the Moriori.

Minister Meka Whaitiri said the reading was a time for celebration and spoke about the Moriori connection to Tūranganui-a-Kiwa.

"I want to talk about my connection to Rēkohu as it's the birthplace of the Ringatū faith. On November 15 1865, as a result of the Waerenga-a-Hika siege in my home region of Tūranganui-a-Kiwa, Te Kooti Arikirangi Te Turuaki along with his followers from Rongowhaakata, Ngāi Tāmanuhiri, Te Aitanga a Mahaki, Te Whānau a Kai and Ngāriki Kaiputahi, were imprisoned at Rēkohu without trail, so hence my relationship. And on the journey [among those] who went with Te Kooti was my great-great-grandfather... So as a descendent of the Turanga people I want to record my appreciation to the Moriori people who looked after my tipuna at that very trying time in our history."