Moriori were filled with relief and emotion yesterday as the first reading of their Treaty settlement was passed in Parliament. 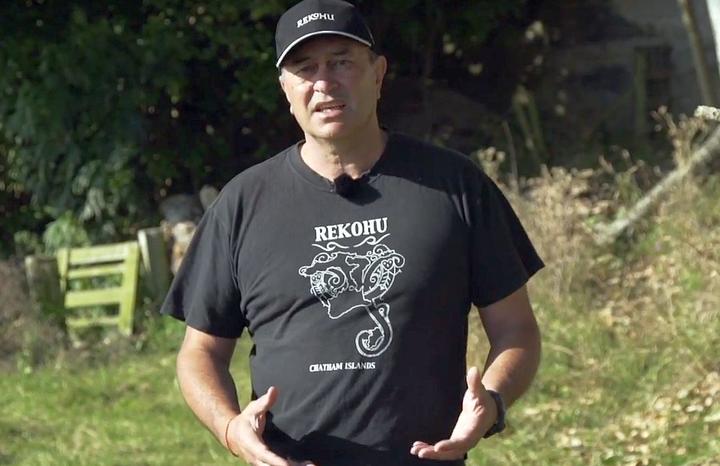 The settlement will include an agreed account of their history, a Crown apology, and $18 million.

Chief negotiator for Moriori, Maui Solomon said the first reading was the sign of a more prosperous future ahead for Moriori.

"After Moriori suffered loss of life, land, liberty, language, the ultimate insult was then our history and our very existence was either buried or was taught in schools as mythology," Solomon said.

He said it had been a long time coming but they carried their ancestors with them.

Members from all political parties spoke in detail of the oppression that Moriori had experienced throughout history and were unanimously in support of the bill.

Treaty of Waitangi Negotiations Minister Andrew Little acknowledged the harm caused to the Moriori people and the faults of the Crown.

He said for many years the Crown had failed to act on Moriori subjugation.

"Many karapuna continued to suffer greatly and died in oppressive conditions including some who died of an illness known to Moriori as kongenge: deep despair of the spirit.

"Today I think back to the Moriori deed of settlement signing ceremony ... it was painful, profound and brought home the true magnanimity of Moriori," Little said.

The Green Party and ACT Party were also in favour of the bill.

"It is ... a remarkable, poignant, painful story and part in our history that New Zealanders - Māori and non-Māori - should know."

Māori Party co-leader Rawiri Waititi acknowledged the story of resilience belonging to Moriori that had been kept alive by their ancestors.

He said the colonial misconception about Māori and Moriori needed to be corrected in narratives.

For decades during the 20th century the Moriori community had been suppressed by false historical accounts which regarded them as an "extinct" and "inferior" people who were indigenous to New Zealand and had been pushed out of Aotearoa by Māori.

Moriori are waina pono, the original inhabitants of Rēkohu following their arrival to the islands around 1500 CE.

They formed their own distinct culture and practices as a people and formed a flourishing community on Rēkohu.

One such practice was a philosophy of non-violence which was introduced by the Moriori chief and pacifist Nunuku-Whenua during the 16th century.

Nunuku-Whenua strove to uphold a passive nature of behaviour across the Islands and community.

The arrival of European settlers in 1791 marked the start of a long journey of adversity for the Moriori people due to the threat of new diseases.

In addition, the Moriori were invaded by two iwi Māori, Ngāti Mutunga and Ngāti Tama, between 1835 and the early 1860s.

Moriori were on the brink of survival. They were suppressed from speaking their own language and from living independently as a people.

In 1862, they asked the Crown for assistance, speaking to governor George Grey, but their calls were left unanswered.

Despite the severity of their history, Moriori were never extinct.

For over 30 years Moriori descendants have been fighting to reclaim their hokopapa and for a repair of their historical record through a Treaty settlement since 1988.

Kushla, a descendant at the parliamentary reading, said the occasion was a reflection of the hard work contributed by those from the Moriori community.

"It's a momentous occasion for me and I am really grateful to be able to participate in it and I'm grateful for all the hard work of our crew who have actually got us to this point. Those that have put in all the work and mahi to get us to here."

Another descendant, Grace Legros said it was a day "to start healing that journey, especially for the next generations to come".

There are believed to be between 3000 to 6000 people with Moriori whakapapa and they now look to the future to overcome the grievances of the past.