Setting aside the Moriori myth 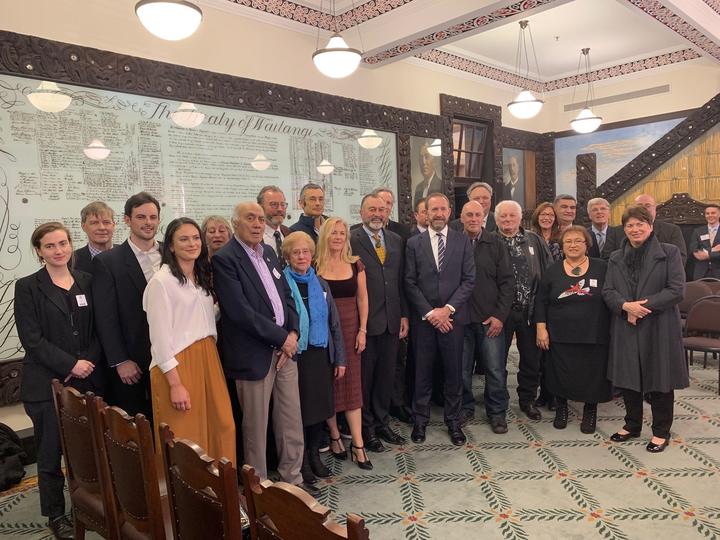 For more than 100 years, New Zealanders have been fed a myth.

The myth goes something like this: that once upon a time, Aotearoa was home to a race of people called the Moriori. That the Moriori were primitive, inferior folk. And that eventually, when Māori arrived on these shores, they massacred, ate, and completely wiped out the Moriori people.

The myth was busted decades ago - yet it has persisted for generations.

Because it's convenient, according to Maui Solomon.

Solomon is the chair of Hokotehi Moriori Trust. He, alongside many others with Moriori hokopapa, has been fighting for correction of the historical record - and for a treaty settlement - since 1988.

And earlier this month, that settlement was finally signed, sealed and delivered.

"The reason [the myth of Moriori extinction] became so powerfully ingrained in the psyche of New Zealanders is because, if Māori could push Moriori out of NZ, then later European migrants could push Māori off their land,” he says.

"It suited the narrative, and it was a justification of European colonisation of Māori land."

In truth, the Moriori are something of a composite people, Solomon says.

"Moriori are the waina pono - the original inhabitants - of Rēkohu/Chatham Islands.

"According to our oral traditions, the first ancestors arrived directly from eastern Polynesia and settled there.

"Later, waka arrived - most likely from the east coast of the North Island - and found people already in occupation.

"So, according to our traditions, there are two streams of settlement to Rēkohu: one directly from eastern Polynesia, and secondly, most likely from the east coast of the North Island."

For hundreds of years, Moriori lived a peaceful, pacifist existence based on the teachings of tribal elder Nunuku, who banned war and killing from the islands.

Instead, disputes were settled through ritual, hand-to-hand fighting, using sticks twice the width of a man's thumb; and which would finish, with no loss of honour, when first blood was drawn.

Everything changed, however, when two Taranaki iwi - Ngāti Mutunga and Ngāti Tama - invaded the islands in 1835.

Solomon says the invaders attacked and killed about 300 of the 2,000 or so Moriori living on the island, and enslaved the rest.

Banned from speaking their own language, and even from marrying one another, they begged for help from New Zealand's governor George Grey in 1862.

No help was forthcoming.

The terms include an agreed account of Moriori history; a Crown apology; the transfer of culturally significant land on Rēkohu; and compensation to the tune of $18 million.

Maui Solomon estimates there are about 6,000 people with Moriori heritage now scattered around the world, with more than 2,000 registered with the Trust.

He says the key is encouraging the new generation of Moriori to take pride in their heritage, and to set an example.

"My second wife, Susan ... we have a blended family, and she has two boys.

"They have Ngāti Mutunga whakapapa back to the island.

"So, in our own family is an example of how peace and harmony can exist between Moriori and Ngāti Mutunga."