Tourism operators that rely on a summer influx of Aucklanders fear a death knell if travel restrictions are not lifted by Christmas. 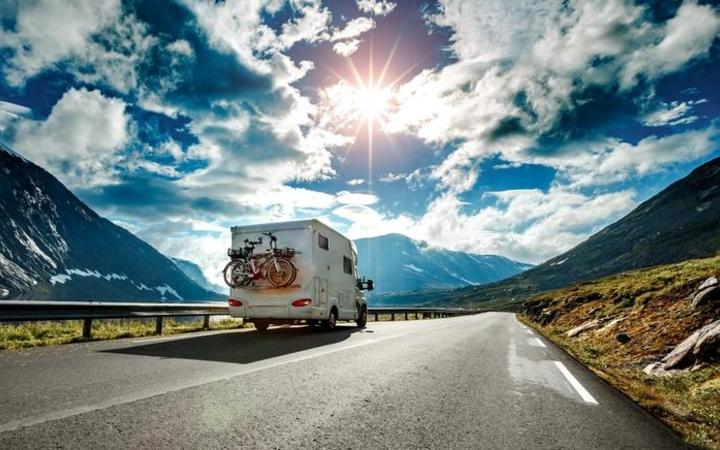 At the moment, free travel between Auckland and the rest of the country relies on regions hitting their 90 percent vaccination targets - which some operators believe is an unattainable goal.

At Dive Tutukaka in Whangārei, Jeroen Jongejans likened running a tourism business amid the current restrictions to "skating on jelly."

Overseas visitors used to make up half his customers, and of the remainder about 85 percent were Aucklanders, Jongejans said.

Now he is trying to plan for a summer when it is unclear if he will be taking many people out on the water at all.

"We earn our money, nowadays, in December, January and half of February, 'cause then everybody goes back to work and back to school and then it's just weekends," he said.

"So if we do not achieve 90 percent everywhere, if Auckland does not open up for us, it will have a significant impact because most of our earnings won't be able to be earned." 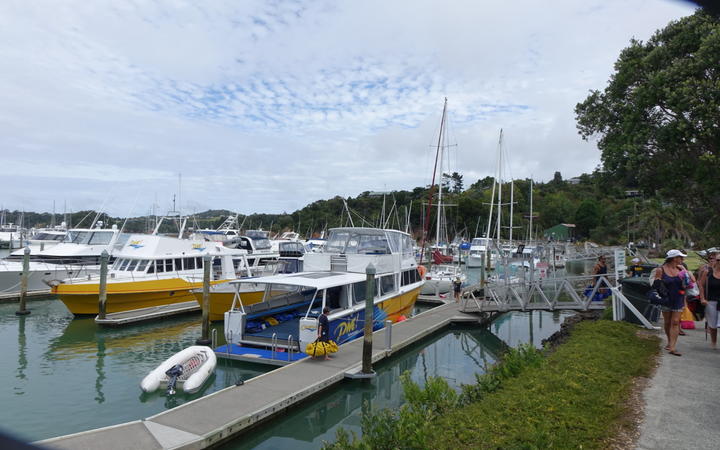 "My estimation is if we do not open up until halfway [through] or end of January, I would think that 50 percent of the tourism businesses in Northland would probably cease to exist."

At another summer hotspot south of Auckland's border - Coromandel township - tourism operators had a similar warning.

His ziplining and scenic railway experiences used to lure some 60,000 people a year, but Oppatt said he was getting about a quarter of the usual numbers so far this month

"When we get to Boxing Day, we're hoping that Aucklanders and Hamiltonians can come to the Coromandel. If that doesn't happen we simply won't make the reserves we need to get through the following winter," he said. 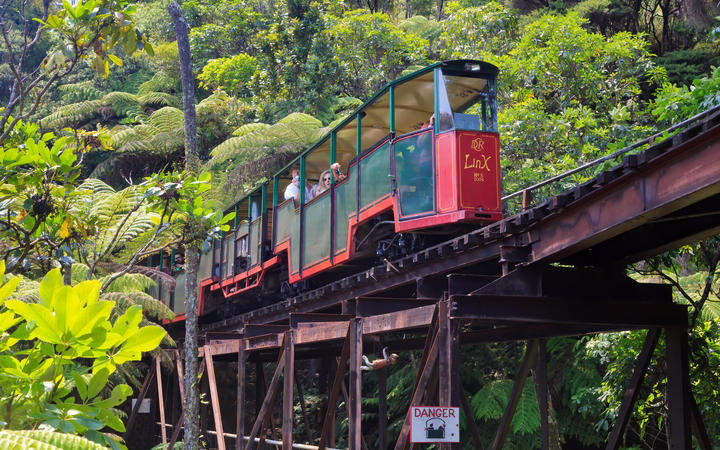 A rail car crossing a bridge on the Driving Creek Railway. Photo: mwilliamsnz/123RF

Unlike last summer, he said customers were hesitant to lock in their trips.

"People have learnt now that it's not a good idea to book an Airbnb, or whatever, because there's a possibility it's going to be cancelled."

Oppatt said the worst thing for tourism would be bouncing between alert levels, and that was why - despite the hardship - he supported any movement restrictions staying in place until it was certain that hospitals would not be overwhelmed.

However, Ian Holroyd in Mount Maunganui felt the patience of holidaymakers was wearing thin.

He runs chartered trips right around the country through his business Classic Tours, which he said had become a logistical nightmare, with four different alert level variations to contend with.

Holroyd believed some regions were not going to hit the 90 percent vaccination target this summer, and Aucklanders would not wait.

"I think there'll be a revolt. I think people will just leave. And that may mean that the government just fold their principle and say 'okay, we haven't got there yet but you need your Christmas, off you go'," he said.

The government has said it was committed to ensuring Aucklanders could leave the city for the summer holidays.

One suggestion is that double vaccinated people, and those who test negative for Covid-19, may be able to leave the region by Christmas.

Any firm details are yet to be revealed and cannot come fast enough for tourism operators.