Timaru has been selected as the build site for the new $344 million Antarctica research base that is expected to involve hundreds of jobs over six years. 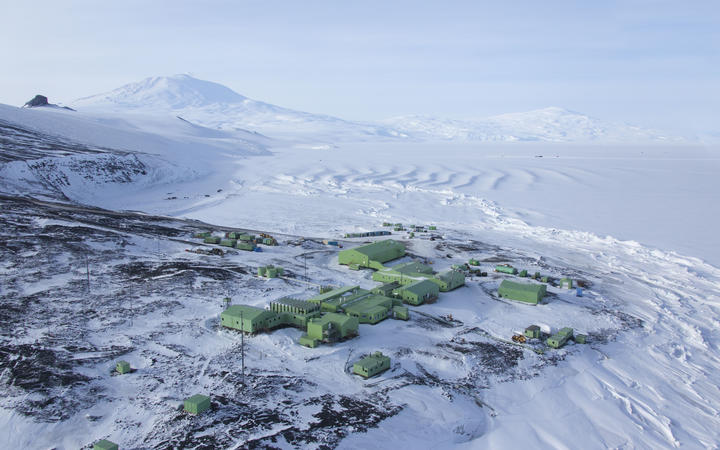 Scott Base as it stands at the moment. Photo: Anthony Powell

Antarctica New Zealand announced PrimePort Timaru will host the redevelopment of Scott Base.

The redevelopment would replace the existing base with three interconnected buildings able to accommodate up to 100 people, and upgrade the Ross Island wind farm.

Estimates showed there would be 170 jobs involved during peak constructions with more than 700 jobs over six years.

The entire base will be built at the port and will then shipped to Antarctica in eight modules on a massive ship.

"Construction in New Zealand allows us to build year-round - Antarctica is in darkness for half of the year. It also means we can test and commission the buildings and make sure everything is working before they head south," Williamson said.

"Timaruvians will be able to watch the build as it happens."

Antarctica New Zealand received $344m to rebuild Scott Base and upgrade its wind farm to ensure the new facility was powered by up to 97 percent renewable energy.

It was expected to support New Zealand's presence in the Ross Sea region of Antarctica for the next 50 years by providing a safe, fit-for-purpose, environmentally sustainable scientific research base.

The base would include an accommodation, dining and welfare building, a science and management building and an engineering and storage building, built on the same locations as the existing base.

Mayor Nigel Bowen said it was an important project for the city and a vote of confidence in the district.

"We have the skills and talent to support this build, it's a great chance for our community to make a real contribution to Aotearoa's home in the Ross Sea region," he said.

"Investment in port infrastructure to support bringing this project to our district was an obvious decision for our council.

"This project will bring millions of dollars of investment into our community, benefiting everyone from trades and subcontractors to accommodation and hospitality, and also offering education and cultural opportunities for our community.

"Watching an Antarctic research station take shape on our doorstep will be a fascinating process, and we know our community will take pride in knowing that we've contributed our bit to the decades of innovative climate science that Scott Base will deliver."

Main contractor Leighs Construction chief executive Gary Walker said they would be recruiting in Timaru for the "once-in-a-lifetime opportunity".

"It's not every day you get to build an Antarctic research station on your back doorstep."

The existing base would be deconstructed and shipped back to New Zealand along with all waste and materials at the end of the project.