Supermarkets, takeaways, dairies and service stations around Christchurch have been added to the Ministry of Health's locations of interest, after two new community cases were reported in the city. See how the day's Covid-19 news unfolded with RNZ's live blog. 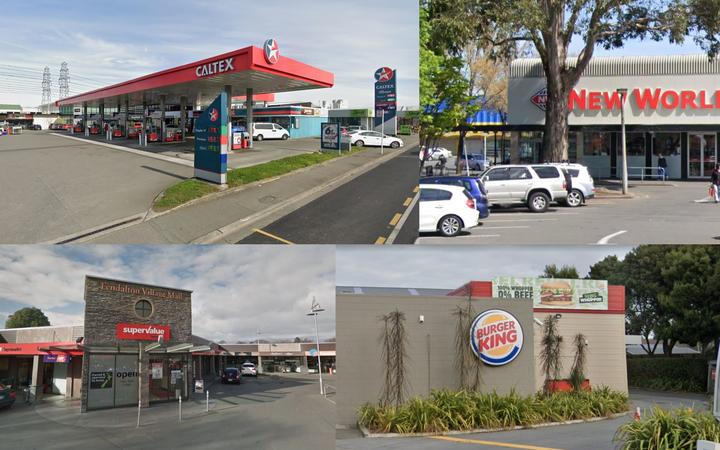 Some of the locations of interest in Christchurch announced today Photo: Google Maps

The two new cases were revealed this morning, but the government confirmed this afternoon that the region would stay at alert level 2.

Locations of interest in Christchurch have now been added to the website, and include the New World supermarket in Bishopdale, the Supervalue supermarket in Fendalton village and the Blenheim road Caltex in Riccarton.

Speaking at today's media conference, where it was revealed there were 89 new community cases today, Chris Hipkins said the cases live in the Bishopdale area and vaccination rates there were above 90 percent for first doses and 70 percent for second doses.

"These cases do remind us that no one can afford to be complacent about Covid-19 and the delta variant in particular. The best protection for ourselves and our communities is vaccination."

Both the Christchurch cases are from the same household. One travelled to Auckland to provide childcare and had two negative tests - one before travelling to Auckland and a second one before returning to Christchurch. Both cases became unwell last week, were tested on Tuesday this week and both positive results were returned last night.

The second case is a truck driver, who was driving around the Christchurch area, plus some trips just outside of the city.