Auckland Principals are calling for a clear advice on health and safety measures after the Government announced a tentative re-opening date for schools in the region. 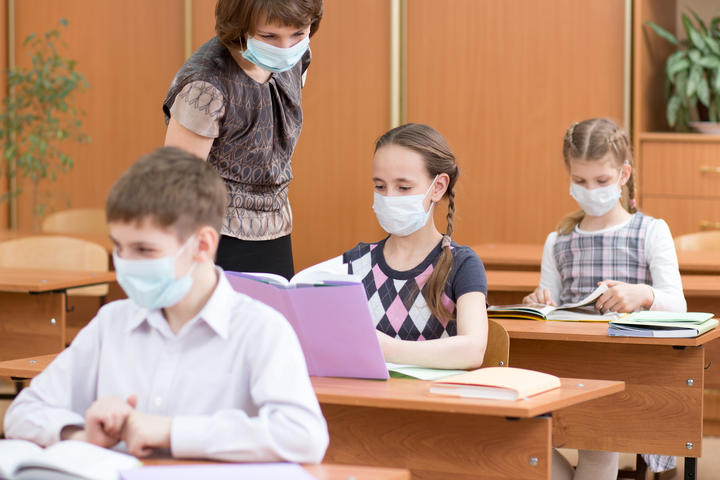 There is still no certainty for parents and teachers of young children in Auckland and Waikato about when they'll go back to face to face learning - and if it'll happen this year.

Earlier today, Education Minister Chris Hipkins said cabinet has agreed a possible return date of 15 November but stressed it is only possible and plenty of issues needed to be ironed out.

Principal of Point Chevalier School and the President of Auckland Primary Principal's Association Stephen Lethbridge told Checkpoint that if students return to school on 15 November he wants to see some clear guidelines around the "gold standard" for health and safety.

"We're just really keen to engage with the Ministry about what that might be, what the requirements are, and how we can translate that into daily life at schools."

He said the new health and safety measures would likely mean the school experience children are returning to will be different to what they are used to.

This could include school attendance being staggered between year levels over the course of the week, he said.

"There may be schoolless days for some cohorts of kids, we need to work that out... what the parameters are, whether there are children that are on site for a couple of days a week and then there's some learning that's given to them to carry them on for the rest of the week.

"All of those options are on the table, nothing is in concrete yet, we're going to be working with the ministry to make sure that we've got the best for all schools in the Auckland region."

Lethbridge said the last month of the school term is really important for students, and each school will look at those weeks differently.

"We'll be looking at socialising, getting back to how we learn at school, reconnecting with teachers and moving on with learning."

There will be a need to prioritise those children coming to the end of their time at Primary School, he said.

With some primary schools reporting 50-60 percent absenteeism on digital learning, Lethbridge said the digital divide was a crucial issue facing education during a time of uncertainty.

"The Digital divide is a crucial discussion that we have to have and it's not just having access to a device it's having a solid stable connection in the home.

He said educators are in discussions with the ministry around plans for options for at-home learning in the case that school is temporarily forced to close again.

"We've had two years of interruptions, what we've had is constant calls around the digital divide... schools had the lockdown last year and some schools chose to spend money on devices and some didn't so there have been device rollouts.

Lethbridge said the disparity between school-aged children's access to devices and internet connection needs to be addressed.

Parenting expert Nathan Wallis told Checkpoint parents with children under the age of eight should not be overly concerned about the patchy learning experience their kids may have had this year.

"I think it's actually a blessing, children under eight are better off just playing not really doing formal learning. I know that surprises a lot of people but it's just a research based reality.

"There's no advantage in doing formal literacy, numeracy... all the school type stuff until really after the age of seven, somewhere between the age of seven and eight."

Wallis said although some children will take some time to re-adjust to a social setting, the lockdown period has not been long enough to have significantly eroded most kids' personal skills.