A handful of rescue helicopter pilots and medics are resisting getting vaccinated and will be out of a frontline job. 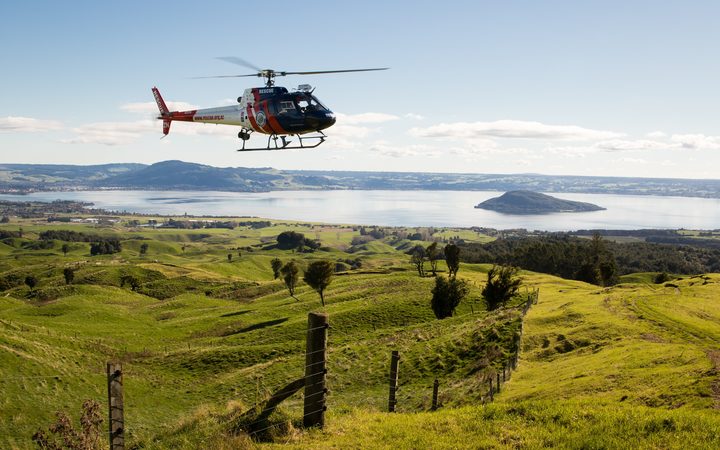 The chopper services say they hope to find other jobs for them and there'll be no impact on patient services.

Philips Search and Rescue Trust, which runs four bases that cover the lower North Island, is talking to four or five staff out of 110, chairperson Errol Millar said.

"We go to those people and explain to them that it's their choice, but we will not have them serving on our rescue helicopters when there is injured or unwell patients on board, so they'll be stood down from active flying," he said.

The service's chief executive reported back to the trust board last week in the expectation the government would bring in a vaccine mandate that covered rescue choppers.

Staff who were holding back responded by saying they understood why they would be stood down from flying, Millar said.

"First and foremost, we satisfied ourselves that without them, we could provide the service and make the response that's required of us."

It would try to find other work for those stood down.

It's a similar story at the Northland Emergency Services Trust that covers Auckland and northwards. It is back to flying eight missions a day, after a lull over the first six weeks of lockdown.

"That's like having a few people on leave, which we do all of the time.

"And if we have a surge, which is possible, we'll be able to do that as well. This won't have any effect on our frontline operations."

Gibbons could not guarantee everyone would keep their job, but would try to find them a non-health role or work from home.

Just one frontline staffer at GCH Aviation who helps runs the rescue choppers for all the South Island does not want a vaccination, GCH said.

Its partner in the service, Helicopters Otago said all its pilots and medics were double-dosed with the vaccine.