The prime minister has announced Cabinet's decision on changes to alert levels for Auckland, Northland and parts of Waikato.

The government will announce a new 'Covid-19 protection framework' on Friday for when the country is at a higher vaccination rate.

"We know that, in the future, we cannot ask people to live week by week not knowing when things will change," Ardern says.

Ardern says it appears the people who travelled in Northland have not spread Covid-19 further.

For Waikato, "the situation is different".

"While the cases remain broadly linked, this linking is often occurring after the positive results are being returned."

Ardern says there is a need to act with caution in the Waikato after positive cases and wastewater testing came back positive.

Parts of Waikato in level 3 will remain there with a review on Friday.

For Auckland, Ardern acknowledges its been a long time to be living with restrictions.

"But those restrictions have made a huge difference, they've helped us to keep case numbers as low as possible while we continue to vaccinate people.

"We need to keep going with both tools: our restrictions and vaccinations, because with Delta we cannot rely on just one.

"If we get this right, if we keep case numbers low while we vaccinate people, then it makes it easier for us to keep control of Covid while we ease restrictions in the future."

Ardern says non-compliance with level 3 rules has been one of the biggest contributors to new cases.

Auckland will remain in level 3 with current restrictions for another two weeks.

She says any easing of restrictions over this time will not work towards the plan of minimising cases will vaccination rates increase.

There are now Covid-19 cases across 124 suburbs of Auckland.

She says the alert level 3 rules in Auckland are the toughest restrictions in place anywhere in the OECD at the moment.

Ardern acknowledged experts suggesting a level 4 circuit breaker for Auckland but says public health advises it would be unlikely to reduce case numbers "because of the nature of the outbreak and compliance has been an issue".

She says an enhanced business support package for Auckland is being worked on, which will be revealed on Friday.

The rest of New Zealand will remain at level 2.

Director-General of Health Dr Ashley Bloomfield says so far, there have been no positive cases that have come out of protests in Auckland. "Not as yet, our hope is there aren't."

Bloomfield expects that in two weeks' time 80-85 percent of Aucklanders will be fully vaccinated. He says bookings are no longer a good forecasting system as walk-in vaccinations are popular.

Bloomfield says they have nearly finalised advice on getting an alternative vaccine for people who are willing to be vaccinated but refuse to have the Pfizer vaccine.

He says officials are expecting Pfizer to make an application for the use of a booster shot of its Covid-19 vaccine in New Zealand.

Ardern says there is a need to remove any barrier that is inhibiting vaccine reaching Māori health providers.

She says no one should be having to crowdfund for mobile vaccination clinics, the government just needs to direct resources to the right place.

Ardern says the government is working to recognise that people overseas have been vaccinated against Covid-19, particularly with vaccines other than Pfizer.

There were 60 new community cases of Covid-19 announced today - 57 in Auckland and three in Waikato.

RNZ understands ministers were also due to consider a traffic light-like system New Zealand could move to once the population is highly vaccinated.

Ardern, however, would not confirm if the Covid-19 protection framework will be a 'traffic light system'.

'More of the same' - Collins 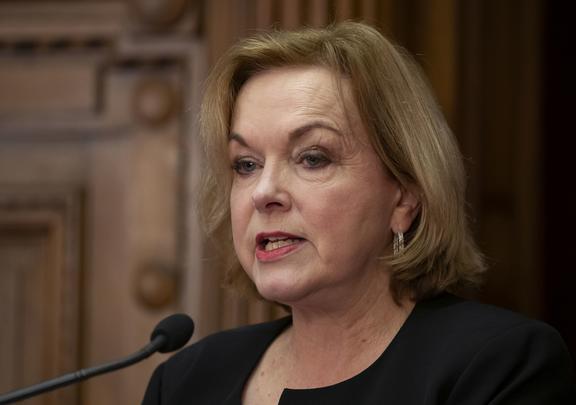 "People tuning into today's 4pm pronouncement from the podium were expecting some semblance of a plan about the pathway forward for Auckland. Instead, they got more of the same: announcements about announcements to come later in the week, and self-congratulation about Super Saturday.

"All of this on a day spent by many Aucklanders on tenterhooks, after Dr Ashley Bloomfield publicly floated the idea of Auckland returning to a hard level 4 lockdown this morning - speculation about which the government then allowed to fester all day."

Collins said the signal of a vaccination target, to be announced on Friday, was well overdue and Aucklanders should not have to wait until the end of the week to be told what it was.

"The government is once again making things up as it goes along. The government is utterly bereft of ideas, having spent the first six months of this year in self-congratulation mode, happy to have the developed world's slowest vaccine rollout and spending the Covid Response Fund not on contact tracing, saliva testing and boosting ICU treatment, but on art therapy and cameras on fishing boats."