Chiefs and Māori All Blacks player Sean Wainui has died in a single-vehicle crash at McLaren Falls Park this morning. 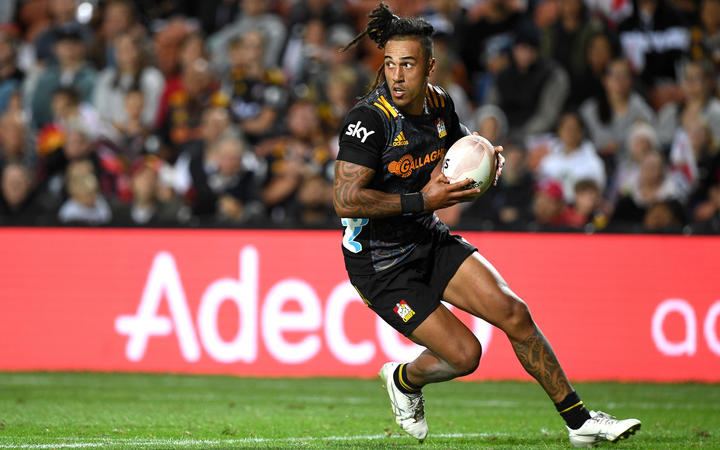 He is being mourned as a talented player who held immense mana among his teammates and the wider rugby community.

The 25-year-old sole occupant was killed after the car crashed into a tree at McLaren Falls Park in Bay of Plenty this morning.

Police said the crash occurred just before 8am and an investigation was now underway.

Police were notified that a car had crashed into a tree at about 7.50am.

The Serious Crash Unit attended the scene and enquiries into the circumstances of the crash are ongoing.

Wainui joined the Chiefs in 2018 and played 44 games for the Hamilton-based Super Rugby franchise, having previously played for the Crusaders.

He was first picked for the Māori All Blacks in 2015 and made 10 appearances for them.

Earlier this year, Wainui became the first player in Super Rugby history to score five tries in one game.

Chiefs and Māori All Blacks coach Clayton McMillan said that Wanui epitomised everything in a player.

He would be remembered as a passionate, hard-working, proud Māori, who was an exceptional player and a loving father and husband, McMillan said.

The All Blacks said on Twitter that he was an inspiration and they were heartbroken over his death.

We are heartbroken right now. Sean, you were an inspiration and will never be forgotten. We extend all of our strength and aroha to your friends and whānau.

My thoughts are with Sean Wainuis’ family. Especially his wife & young child. Although I didn’t play alongside him, I could always feel his mana coming up against him as his opposition. ❤️❤️❤️❤️

The Chiefs have also paid their tribute, saying their teammate was one of New Zealand rugby's "tallest totara".

"You leave us here bereft and [we] drown in sorrow as we weep for you," they said on Twitter.

One of Rugby NZ’s tallest totara trees has fallen. To you Sean, our Rangatira, we farewell you to the outspread arms of the multitudes who await you beyond this earthly realm. You leave us here bereft and drown in sorrow as we weep for you. Rest well in peaceful repose. ❤️ pic.twitter.com/ZhiCJ28OU1